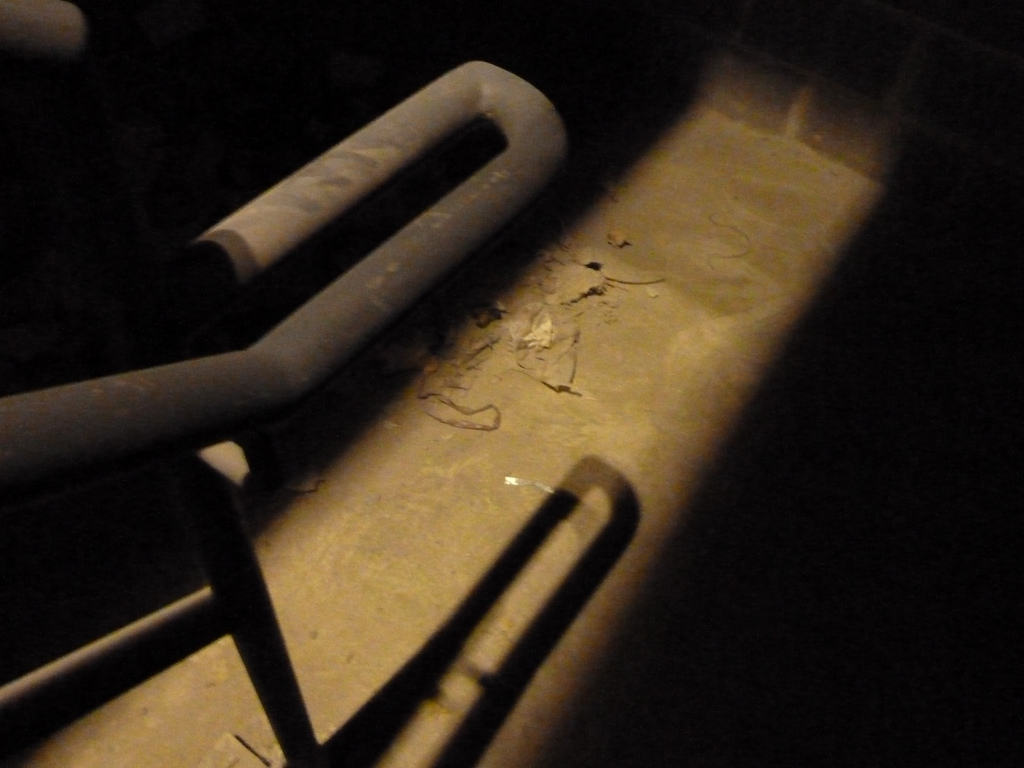 Home » Agriculture » “Okay, but how doomed am I, personally?” 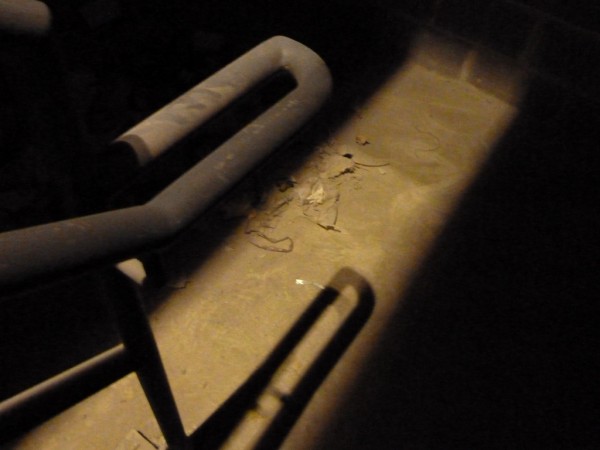 Shadows on railings/Photo by Kelly Tyrrell

It’s a good question to ask yourself.

I mean, we have crossed four of the nine “planetary boundaries” that have made life on Earth here so very sweet for us hominids (and our dogs and cats and horses and chickens and pigs and Bacillus and Saccharomyces …). Human influence has helped push us beyond the predictable comfort and safety of the Holocene, the geologic period of time in which we blissfully existed until roughly 100 years ago.

According to a new report from an international team of 18 researchers – including the sole U.S. scientist, UW-Madison’s own Steve Carpenter – presented this week at the World Economic Forum in Davos Switzerland, life as we know it could change in the not-so-distant future.

“We’re running up to and beyond the biophysical boundaries that enable human civilization as we know it to exist,” Carpenter said in a recent news release, courtesy of Adam Hinterthuer in the UW-Madison Center for Limnology. Carpenter is CFL’s director, and a well-known name in the study of aquatic sciences.

The team says that climate change, biosphere integrity loss, land-system change, and altered biogeochemical cycles like phosphorus and nitrogen runoff have all passed beyond levels that put humanity in a “safe operating space.” 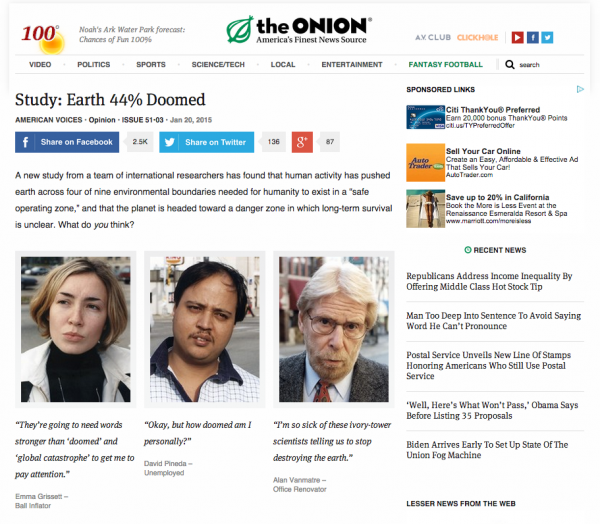 Screen shot of The Onion article

These findings were fodder today for an amusing nod on the satirical news site, The Onion (did you know it was founded right here in Madison, WI by two UW-Madison students?), which you can find right here. According to the clever Onion article, we’re 44% doomed. When asked for their perspective on the report’s findings, sources told The Onion:

“They’re going to need words stronger than ‘doomed’ and ‘global catastrophe’ to get me to pay attention.”  — Emma Grissett, Ball Inflator

“Okay, but how doomed am I personally?” — David Pineda, Unemployed

“I’m so sick of these ivory-tower scientists telling us to stop destroying the earth.” — Alan Vanmatre, Office Renovator

So, we ask you, do you think we’re doomed? What does it mean to you that we have crossed nearly half of the “planetary boundaries?”