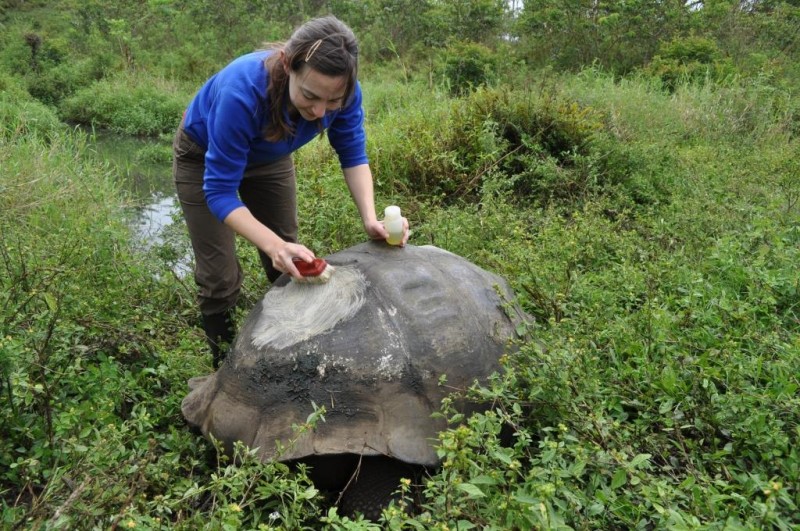 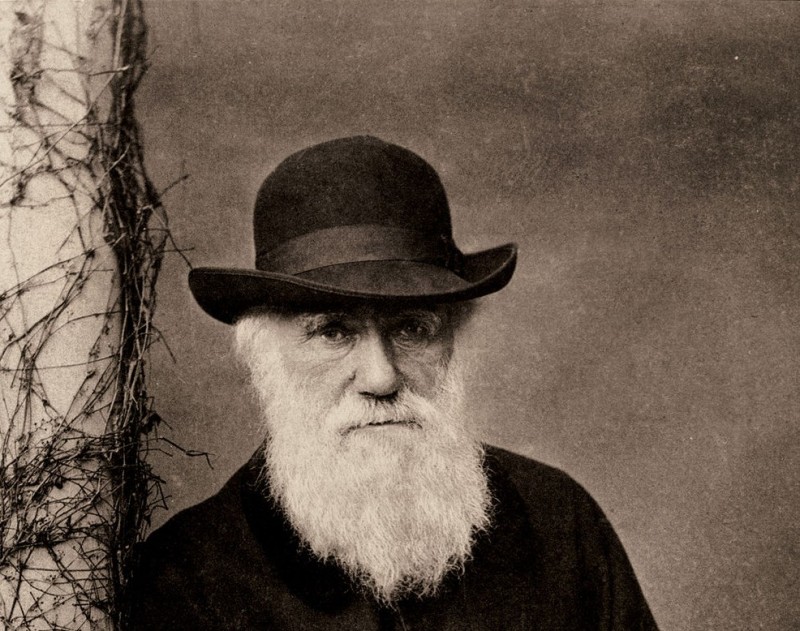 The following is a guest post by Mary Ellen Gabriel, senior university relations specialist for the UW-Madison College of Letters and Science:

Happy 206th birthday, Charles Darwin! Little did your parents imagine, as you were scrambling around the banks of the River Severn in southwest England, that your love of the outdoors and penchant for collecting shells, minerals, and insects would lead to worldwide celebrations of your birth two centuries later.

Here at the University of Wisconsin-Madison, we will honor your famous theory of evolution by natural selection with Darwin Day 2015 on February 12th, sponsored by The J. F. Crow Institute for the Study of Evolution. Named for a world-renowned UW-Madison geneticist and one of the founders of the field of molecular evolution, the Institute supports exciting research around this unfolding topic.

It probably would not surprise you to hear that there is still controversy surrounding your ideas – as well as a tourist industry, a conservation movement, and even political decision-making. There are a fair amount of myths, too.

In the 179 years since your 5-year, around-the-world voyage in The Beagle, scientific discovery is still being influenced by society and culture, and vice versa. This is part of the famous “sifting and winnowing by which alone truth may be found” that UW-Madison students engage in, along with environmental historians, evolutionary biologists, geneticists, philosophers, anthropologists and other scholars—and it’s a great reason to celebrate Darwin Day 2015. 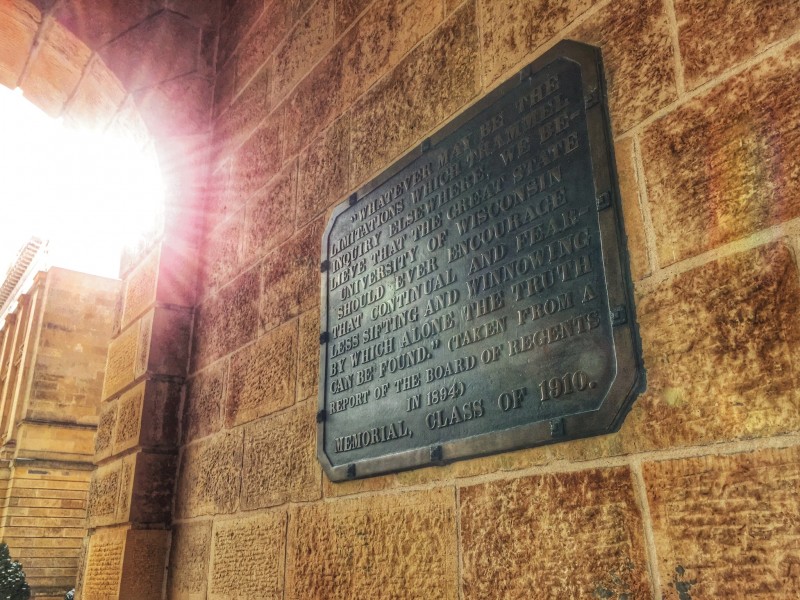 “Sifting and winnowing”//Photo by Nate Moll

The theme of this year’s Darwin Day is Islands and Isolation, and guess which island will be the subject of the keynote talk by visiting evolutionary biologist Anne Yoder, of Duke University?

Madagascar, the one you never got to see, even though you passed right by it on your famous voyage. Islands, it turns out, are a hotbed of evolutionary adaptation, and in her 5:45 pm lecture at the Wisconsin Institutes for Discovery (WID) on Thursday, Yoder will discuss the lemur population that developed there in isolation from other primates for at least 40 million years.

Speaking of islands, the chain most strongly associated with you nowadays is the Galapagos Islands, where you did stop, albeit briefly. Observations you made about the islands’ bird species (today known as “Darwin’s finches”) and its giant tortoises are part of popular lore about this remote volcanic archipelago, 600 miles west of Ecuador.

But is it puzzling to you that most people consider the Galapagos the “birthplace of evolutionary theory?” After all, it was just a minor stop on your trip. And you gave the archipelago only a modest nod in your famous book, The Origin of Species.

UW-Madison environmental historian Elizabeth Hennessy has spent months in the Galapagos Islands, studying how attitudes about the place have changed since you were there. You may recall, as Hennessy reminds us, that Herman Melville described the islands as “evilly enchanted,” and sailors dubbed them “a hell on earth.”

During her fieldwork on the relationships between science and conservation in the Galapagos Islands, UW-Madison’s Elizabeth Hennessy scrubs the carapace of a giant tortoise so that he can be fitted with a GPS-accelerometer tag that will allow scientists to track his movements on Santa Cruz Island.//Photo courtesy of Elizabeth Hennessy

Now, the Galapagos is considered a “Darwinian paradise” and sought-after tourist destination. How did that happen? Hennessy’s research highlights a 20-year conservationist campaign by scientists beginning in the 1930s to protect the islands as a national park and “natural laboratory.” Spreads in Life magazine and even a Disney nature documentary trumpeted the success of protection efforts in the Galápagos, just in time for the 1959 centenary of the publication of your best-known work, The Origin of Species.

With the opening of the Charles Darwin Research Station that same year, Hennessy says, these “stark, isolated landscapes” were transformed into scientific assets forever stamped with your name.

Hennessy has also discovered a real paradox at work. Promoting the islands as your paradise has made them more attractive to tourists, more important to preserve, and yet less likely to retain the “isolation” that scientists like you wanted to study in the first place.

“This has created a number of socio-ecological problems and political conflicts in the islands, not the least of which is, whom are the islands for, scientists, tourists, or local residents?” Hennessy says. 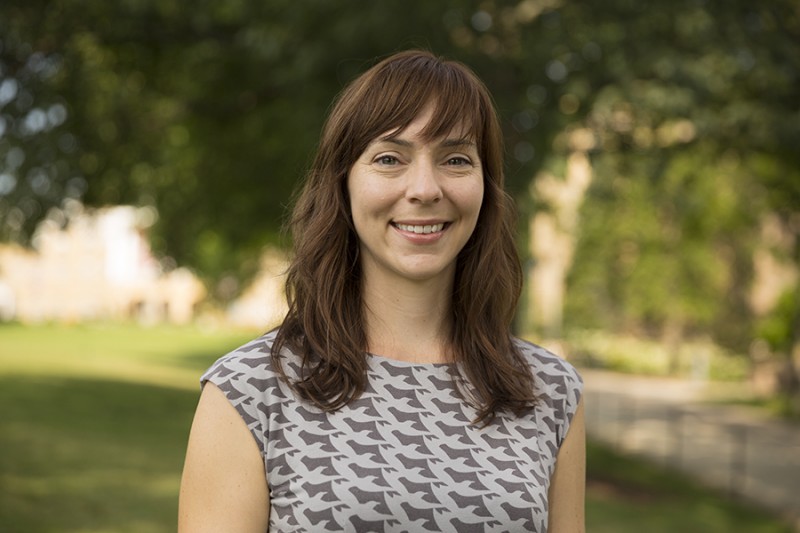 Which brings us back to “Islands and Isolation,” the theme of Darwin Day 2015 – and to you, Charles Darwin.

As you well knew, science does not happen in a vacuum. Value systems, cultural backdrops, and local knowledge play a large role. Today, as our species seeks to understand and frame issues of climate change, pandemics, and other challenges, these forces will be incredibly important to understand.

A famous quote is often attributed to you: “It is not the strongest or the most intelligent who will survive but those who can best manage change.”

Turns out you never actually said that.

But somehow, we all got the message.