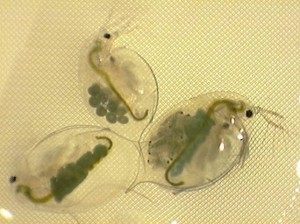 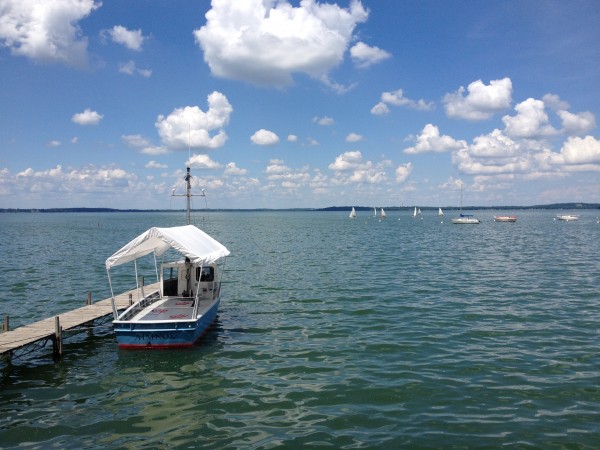 The lake has been invaded and the UW-Madison Center for Limnology (CFL) is asking for your help tracking the impact of these invaders.

In a series of blog posts, CFL graduate student Jake Walsh describes how the spiny water flea – an invasive zooplankton first found in Lake Mendota in 2009 by a group of undergraduates – has led to the devastation of another tiny crustacean called Daphnia and the subsequent “browning” of Madison’s largest lake.

If you love clear water, then these little Daphnia pulicaria are your best friend! Are we losing them in Lake Mendota?

Daphnia, which under a microscope resemble translucent Peeps, are responsible for keeping our lakes clear by feeding on the algae that muck them up. At a time when phosphorus pollution in the lakes is leading to ever-more algae blooms, the spiny water flea is feeding on the daphnia. As Walsh explained on May 20th, Lake Mendota has lost 80 percent of these water clarifiers since 2009 and, subsequently, two feet of water clarity.

“It was so bad that, on September 2nd of 2014, the voracious spiny water flea caused the collapse of Lake Mendota’s Daphniacommunity and they still haven’t recovered as of today. Where I used to pull in hundreds of thousands of Daphnia pulicaria in a single sample, I’m now often only finding a single tiny individual in my net.”

In a follow-up post on May 22, he provided some raw numbers:

Think about it. In just over five years, daphnia numbers went from 100,000 per sample collected to less than 500. Even compared to post invasion, this year, Lake Mendota is seeing 100-fold fewer daphnia. It’s no wonder you can’t see far into the lake. By contrast, Walsh says Lake Monona’s clarity – or the distance at which you can still see below the surface – is 10.5 feet. 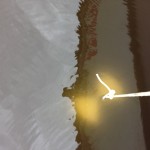 Both lakes are typically in their “clear water phase” this time of year, when waters are cool enough that daphnia feed on algae throughout the lake. As the waters warm, daphnia seek refuge in deeper, cooler waters, leaving algae to flourish at the surface.

So what can you do to help? Here is what Walsh has to say on his blog at CFL:

Here are some things you might keep track of on your next trip to Lake Mendota or ANY Madison lake:

If you have a Secchi disk*, then you know the drill (or if not, check out How To Use a Secchi) and send in the date, time and location of your Secchi depth reading.

If you don’t have a Secchi disk, no worries – we have a cool-water challenge for you:

If you’re feeling industrious – Make your own Secchi Disk: http://www.mathinscience.info/public/0%20How%20to/oceanography_studies/secchidisk.pdf 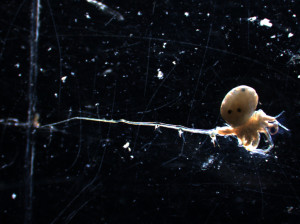 Walsh also plans to provide regular updates on the CFL blog as he tracks the progress of daphnia in our lakes. He’s hopeful there’s a clear water phase in store yet for Lake Mendota, and concerned about the tiny beneficial zooplankton suffering at the invasive hands of the spiny water flea.

“While we’ve seen “tough times” for Daphnia before, we’ve never witnessed anything like this in the four decades the Center for Limnology and Long-Term Ecological Research (LTER) scientists have monitored Lake Mendota.”

There is plenty more information on the CFL blog about spiny water flea and how some Wisconsin fish species may help bring their numbers down. Our best bet, Walsh says, is to bring the phosphorus load down in the lake.

Here’s a fun CFL video of daphnia pulled from Lake Mendota in 2013: