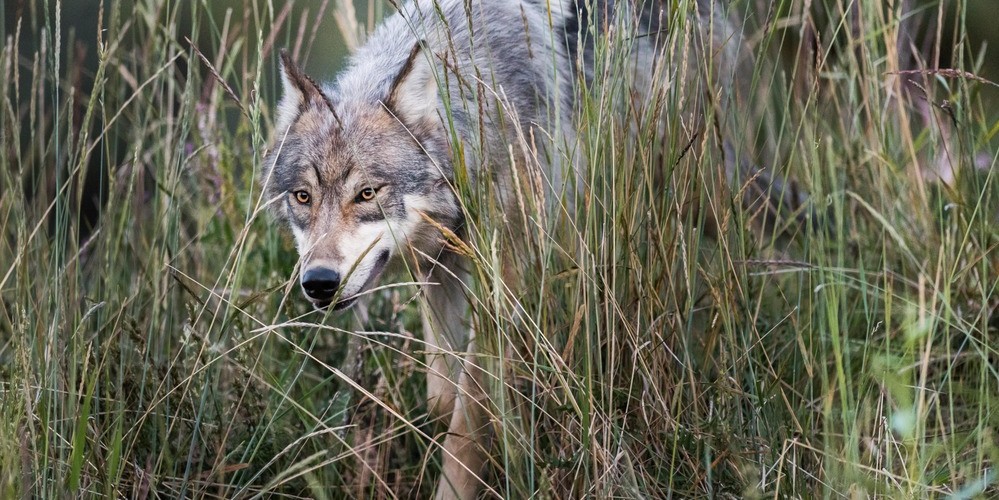 MADISON – A study published today, Jan. 10, in the journal PLOS One conducted by researchers in the University of Wisconsin–Madison Carnivore Coexistence Lab suggests lethal management of wolves following wolf attacks on livestock may have unintended consequences.

Adrian Treves, a professor in the Nelson Institute for Environmental Studies and head of the Carnivore Coexistence Lab, and his graduate student and lead author Francisco J. Santiago-Àvila analyzed data acquired by the Little River Band of Ottawa Indians in the state of Michigan to assess the consequences of lethal management compared to non-lethal management.

Treves and Santiago-Àvila found that when a wolf was killed under governmental programs to address wolf predation near a farm that had recently reported a wolf attack, that individual farm experienced a slight decrease in the likelihood of an attack in future months while surrounding farms experienced a slight increase in the likelihood of livestock losses to wolf predation.

The authors regard their conclusions as preliminary given the nature of the experimental data, which they did not collect, and the use of non-lethal interventions as a pseudo-control group for comparison. According to Santiago-Àvila, the study is an attempt to apply a higher standard of science to an ages-old conflict between carnivores and farmers.

“We wanted to evaluate if lethal management in a particular area once there is an attack by wolves on livestock in that area is actually effective in mitigating that attack,” Santiago-Àvila says. “Or another alternative would be if this is actually making things worse.”

The data, collected by the Michigan Department of Natural Resources consisted of 230 cases of wolf attacks on livestock in the Upper Peninsula of Michigan, dating from 1998 to 2014. Of the 230 cases, 199 resulted in some form of intervention from the Michigan DNR. Thirty-one of those interventions involved killing a wolf while 168 employed non-lethal methods for deterrence. Non-lethal methods vary, but some common solutions include giving the owner advice, using guard dogs, or using fladry, which are colored flags that hang from fences to deter wolves from crossing them.

Treves and Santiago-Àvila used three spatial scales around the site of an attack, first at one square mile, then at 26 square miles, and up to 320 square miles in order to detect the spillover effects after lethal intervention.

The results showed farms that had a wolf killed experienced a 27 percent decrease in risk of another attack, but this was offset by a 22 percent increase in risk of attacks at a number of farms in the same township, making the net benefit zero, according to the study.

One factor that could explain this “spillover effect,” says Santiago-Àvila, is that wolves have strictly ordered social lives. Because each animal has a different role in the pack, killing one wolf may cause the pack to split up and spread out into new territory, potentially seeking food that requires fewer members to hunt, like livestock. But the effect over all of the years captured in the study remained constant, reducing the likelihood that distribution was a main factor.

In order to conduct an experiment that meets the gold-standard of science and draws more clear conclusions, the way these events are reported and tracked must be changed, Santiago-Àvila says.

“It starts with accurate and sophisticated monitoring of what you’re doing on the ground,” Santiago-Àvilas said. “And that’s one of the main concerns that the Little River Band had, that they couldn’t see how they would be evaluating the data or if there was an intention to do so.”