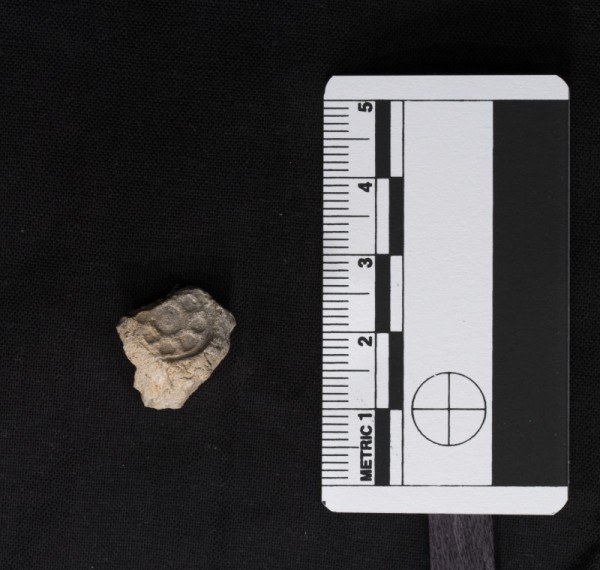 Dating from the 10th century B.C., this clay seal or bulla, may be “a marker of officialdom” for a Biblical era when scholars debate the existence of kingdoms described in the Bible. Photo courtesy of Nathaniel Greene

Like any area of research — but more than most — archaeology lends itself to public interpretation in ways that can take a discrete discovery well beyond what the data actually show. There are lots of reasons for this, but it is probably the romance of digging up the past or the simple itch to ratchet up a news story that makes archaeological discovery prone to embellishment.

That’s a shame because even the seemingly ordinary finds of archaeologists can be vitally insightful and engaging, adding small and nuanced pieces to the puzzles of people long removed from the world.

Take, for example, a handful of small clay seals unearthed this past year in the shadow of a well-known Iron Age site in Israel, Tell el-Hesi. The small, fire-hardened lumps of impressed clay, known as bullae and believed to date from the 10th century B.C., are the protagonists of just such a case study. The simple presence of the seals near Tell el-Hesi suggests government, an administrative outpost or communication node that would imply the existence of a larger form of established government.

“We thought we’d be digging a small hamlet,” explains Jeff Blakely, an archaeologist and a UW-Madison adjunct professor of Classics and Ancient Near Eastern Studies who has long worked in the area. “But we began to see this site as an administrative center” as the outline of a single large building emerged from the soil.

Blakely and Mississippi State University (MSU) archaeologist James Hardin co-direct a team sponsored by MSU in association with the State University of New York-Purchase. The group uncovered the seals this past summer, even as rockets from the latest Israeli-Palestinian conflict began to roar overhead. Gaza is a mere 12 miles from the site, which fronted a critical road that in the 10th century B.C. connected the land of the Philistines and the Biblical kingdom of Judah. That, of course, would be right about the time, according to the Bible, figures like Solomon, David and Goliath, were knocking around the Levant.

“It was a huge trade route,” says Blakely, and right on the border between ancient Israel and the Philistines.

The discovery of the small artifacts by Hardin, Blakely and their colleagues was publicized and it did not take long for the work to factor into a long-standing debate among scholars about the historicity of David and Solomon. And it was no shock to Blakely that news accounts of the discovery of the seals suggested the artifacts, “markers of officialdom,” could be proof of Biblical accounts that David and Solomon were “real kings rather than the backwater chieftains considered more likely by some archaeologists.”

The 1.5-acre site in the shadow of Tell el-Hesi was known from earlier archaeological surveys, and was presumed to be a small village, a satellite of the larger Tell el-Hesi, which guarded the trade route used from Biblical times through the Ottoman period. 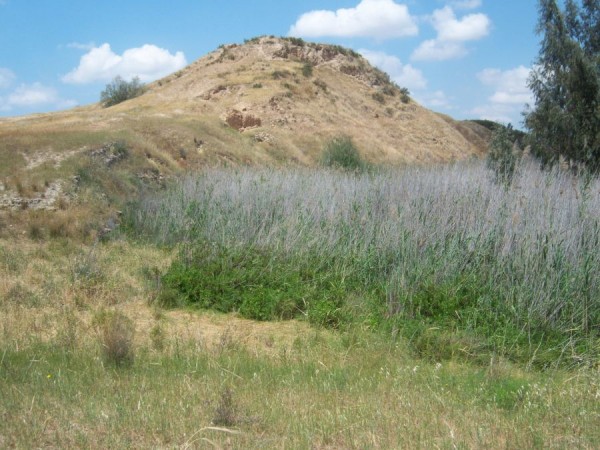 Tell el-Hesi in Israel. The Biblical-era site was one of the first  to be excavated by archaeologists in the 1890s. The fortified position is near a recently excavated site that suggests a government presence in the 10th century B.C., about the time, according to the Bible, of figures like David and Solomon.

“We dug and dug and found no domestic architecture,” notes Blakely. “In each phase we had precisely one building and that was quite a shock.”

The six bullae were sifted from the bottom two layers of the structure and found out of context in the ruins of the small building, which the archaeologists believe was used from the 11th to the 10th century B.C. At one point in the 10th century B.C., the building was destroyed by fire and rebuilt. The bullae were likely scattered in the destruction. One was found in soil formed into a brick used to rebuild the structure.

“The rebuilders, we think, just leveled the site and the bullae got mixed into the archaeological record,” Blakely says. “But some of them clearly date to the earliest phase of the site. That’s the phase we understand the least.”

When in use, the bullae were tied to string and used to protect the integrity of letters and packages. Scribes, explains Blakely, would write on papyrus or vellum, fold the document and secure it with the clay seal and stamp. “That would be the seal that says ‘this document hasn’t been tampered with.’”

The latest thinking about the site, says Blakely, is that, starting three thousand years ago with the first phase of the site, there was a small office where documents were prepared, sealed and dispatched for delivery up and down the ancient trade route.

“The big question is, ‘was there a united Biblical kingdom there at the time or not?’” according to Blakely. “We don’t know. The bullae can be used as evidence for international trade and suggest the presence of a developing secondary state. It is probably more than just a way station on a major trade route. We’re starting to think about this as a postal stop for an international system that isn’t known.”

What Blakely, Hardin and their group have unearthed, really, are small artifacts of the distant past that help scholars think in new ways. They are indeed hard evidence that something different was happening on this small patch of ancient Israel during a critical period. But the evidence is subject to different interpretations and argument by scholars — and to pure, tantalizing speculation by the rest of us.