Home » Archaeology » The Legacy of the 5307th Merrill’s Marauders: Wisconsin MIAs in Burma

This post was written by Vaneesa Cook, historical research fellow for UW–Madison’s Missing in Action Recovery and Identification Project.

In the winter of 1944, while many Americans were tracing the progress of Allied island hopping throughout the Pacific, a special unit of U.S. soldiers set out on foot across hundreds of miles of mountains and thick jungle on a mission that commanders estimated would result in at least eighty-five percent casualties.

They were right. By the end of the summer, the nearly 3,000 infantrymen of the “Merrill’s Marauders,” the Army’s 5307th Composite Unit (Provisional), had been reduced to about 200 survivors. And yet, their story — across Burma (now known as Myanmar), behind enemy Japanese lines, and into the hard-fought, costly Battle of Myitkyina — remains largely unknown, even among many history buffs.

One of those survivors is 96-year-old Robert E. Passinisi of Lindenhurst, New York, who has spent his life preserving the history and legacy of Merrill’s Marauders. As he told the UW-Madison Missing in Action Recovery and Identification Project (UW-Madison MIA-RIP) in June, he believes the nature of the unit and its unique assignment has obscured its place of importance in the Allied victory in World War II.

“There were 15 million men in arms,” he said of the total deployment to Europe and the Pacific during the war, “[so] how important would a 3,000-man secret mission be?”

It was, indeed, extremely important for the long-term success of the war. Since the Japanese had seized Burma from the British in 1942, Allies had struggled to keep communication and supply lines open between India and China. The recapture of Burma, including its strategic airfields in the northern city of Myitkyina was considered crucial for establishing air supply in the effort to encircle and defeat Japan. 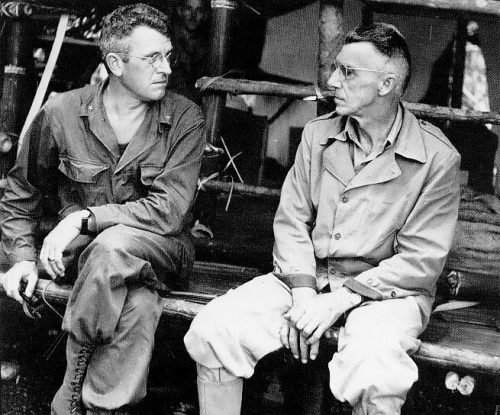 When President Franklin D. Roosevelt and General George Marshall put out the call for volunteers to serve in a provisional unit of high value and high risk, they received the commitment of almost 3,000 volunteers, some who had been fighting on the islands of the South Pacific. Passinisi volunteered, though he knew nothing of the location or purpose of the mission. So did at least three soldiers who hailed from Wisconsin. They would eventually become the unit nicknamed “Merrill’s Marauders” after their original commander Brigadier General Frank Merrill.

Pvt. Richard H. Gunderson of Marshall, who worked for Oscar Mayer in Madison before enlisting, and Staff Sgt. Vilas D. Parker of Fond du Lac both signed up for the mission call and assembled for training in India.

Parker originally served with the 32nd Division in the Pacific, where he doubtless learned the difficulties of jungle combat. Despite their previous training and experience, however, the Marauders were intended to take part in operations that did not resemble typical combat engagements. As a light infantry unit, they had to move quickly, on foot and with light weapons and supplies, through rough terrain and behind enemy lines.

In early 1944, the Marauders, including Gunderson, Parker, and Passinisi, began their trek, guided by local Kachin scouts, across hundreds of miles of high mountains in northern Burma. A series of battles awaited them on the other side. In villages that most Americans had never heard of — Walawbum, Shaduzup, Inkangahtawng, Nhpum Ga — the Marauders engaged the Japanese in combat, earning success each time, and slowly reopening supply routes across the region.

Their culminating mission, to retake the all-weather airstrip on the outskirts of Myitkyina, was important for creating more direct and safer air supply routes across “the Hump” of the Himalayan mountains, a barrier range at the border of China that had cost the lives of countless U.S. pilots, including over a dozen from Wisconsin. One of those air casualties was Staff Sergeant Vilas Parker, whose C-47 crash site was discovered in the late 1980s by Kachin Burmese natives. It is unclear whether American investigators were allowed access to the area to search for the soldiers. Dozens of crash sites and the remains of their pilots are still hidden in the mountains and jungles in Asia. 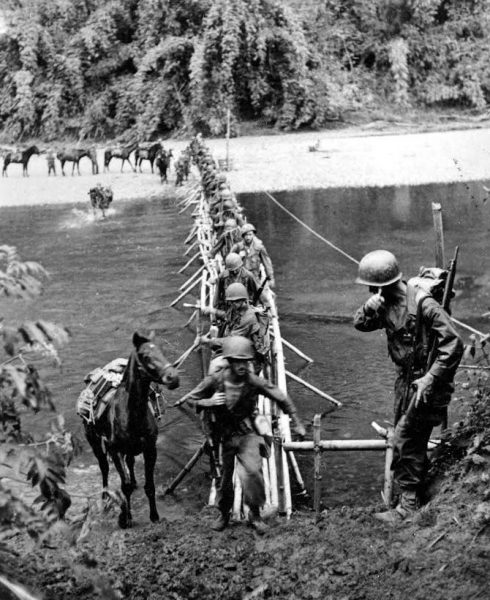 The exhausted men of the Marauders were expecting much-needed rest and recovery after the capture of the airstrip west of the city of Myitkyina, which was heavily defended by well-trained Japanese soldiers. On May 17, the Marauders, aided by a Chinese regiment, seized the airstrip in a surprise attack that caught the Japanese off guard. But the Marauders’ mission did not end there. Instead of evacuating to India for recovery as promised, they were ordered by Gen. Joseph Stilwell, commander of the China-Burma-India theater, to advance into the city of Myitkyina, all the while defending the airstrip for Allied use.

The Marauders fought valiantly, though they suffered from low rations, little sleep and ongoing bouts of dysentery and malaria. As casualties increased throughout May, commanders realized that the Marauders were in desperate need of reinforcements. They sent out a new call for volunteers across all theaters and deployed reinforcements from engineer battalions working to repair roads and bridges in Burma. Wisconsinites John N. Brown of Rhinelander, Maurice E. Strutz, and Raymond P. Merchlevich found themselves fighting in Myitkyina by early June.

Sgt. Strutz and Pfc. Merchlevich likely knew each other, since they both served in the same battalion of the 209th Combat Engineers. Though they had little reason to fire their M-1 rifles since basic training, they were thrust suddenly into a chaotic and vital combat situation, ordered to advance into Japanese-controlled areas of Myitkyina. Caught behind enemy lines for 5 days during an operation in mid-June, Strutz and Merchlevich lost their lives within days of each other, June 13 and June 15, respectively. They were posthumously awarded the Bronze Star and Purple Heart. 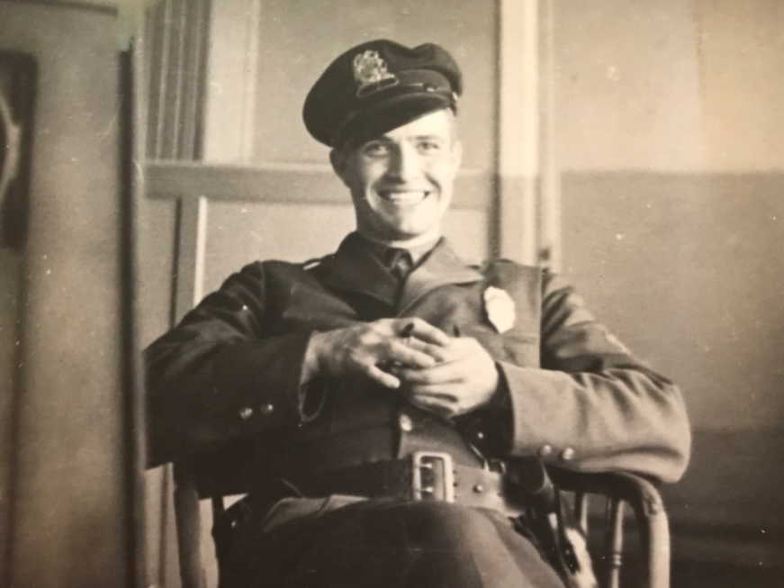 State patrol officer and Marauders 2nd Lt. John Brown of Rhinelander was killed in the Battle of Myitkyina on June 28, 1944. He and other Wisconsin soldiers are still listed as missing in action. Photo courtesy Holly Bullamore.

Second Lt. John N. Brown had enlisted to serve in the US Army in February 1942, leaving behind a wife, a child, and a career as a state patrol traffic officer. After receiving officer’s training stateside, he answered the call for volunteers to reinforce the decimated Marauders in the spring of 1944. Assigned to a headquarters company, Brown was killed in action on June 28, circumstances unknown. He is also a recipient of the Bronze Star and Purple Heart, and his name is inscribed on the Tablets of the Missing in the Philippines.

Throughout June and July, the reinforced battalions continued to advance on the city of Myitkyina, often yards at a time. On August 3, 1944, the Battle of Myitkyina ended with the collapse of organized Japanese defense. Clearance activities of remaining pockets of Japanese resistance continued until August 5, 1944. The capture of Myitkyina helped increase deliveries of supplies to China and meant that as soon as the fuel pipeline and Ledo Road reached the town, the Allies would have a major supply base squarely on the road and rail net of Burma, and within easy distance of China itself.

This achievement, however, was costly. Only about two hundred of the original 5307th Marauders soldiers survived the Burmese campaign. 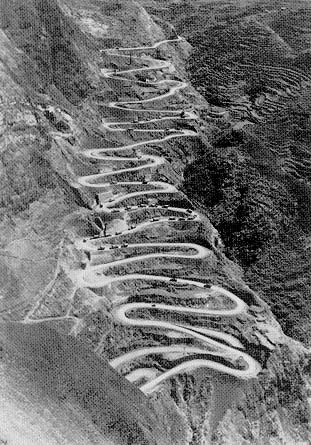 The soldiers who died during the Battle of Myitkyina were buried in temporary cemeteries outside of the city. However, after the war, Myitkyina became a centralized location for receiving the remains of Allies from throughout the region. Years of decay and hasty documentation efforts in the midst of battle made it difficult to keep accurate records. It is likely that is how Wisconsinites Strutz, Mechlevich, and Brown received their Missing in Action (MIA) status.

Though their remains may have been recovered and reburied at the National Memorial Cemetery of the Pacific (Honolulu, HI) with their fallen comrades, the investigation into their whereabouts is ongoing. Since 2013, the UW–Madison MIA Project has worked to research and recover U.S. soldiers, mostly Wisconsin enlistees who served during World War II. The men who marched with the Marauders are included in that effort, as well as the engineers and airmen who lost their lives in Burma.

The MIA Project also strives to collect the stories of those who served, like those of veteran Marauder Robert Passinisi. When asked how the Marauders were able to achieve their legendary status, he said: “by the end we knew that we did the impossible.”

For their courage, endurance, and sacrifices, the members of the Marauders received the Bronze Star, and many were also awarded Purple Hearts. Passinisi is lobbying Congress to bestow the Congressional Gold Medal upon the 5307th Marauders unit.

“If you were to search all the unit’s military history from the beginning of time,” he said, “you won’t find another unit that fought behind enemy lines for so long under such adverse conditions and proved successful. If this is not deserving of the CGM award, then nothing is.”

The Congressional Gold Medal may bring more attention to the Marauders and this “forgotten” theater of the war. But the Marauders legacy lives on in the memory of survivors like Passinisi, in their re-designated unit (the 75th Rangers), and in the hearts of family members who await answers about what happened to their lost loved ones.

3 thoughts on “The Legacy of the 5307th Merrill’s Marauders: Wisconsin MIAs in Burma”