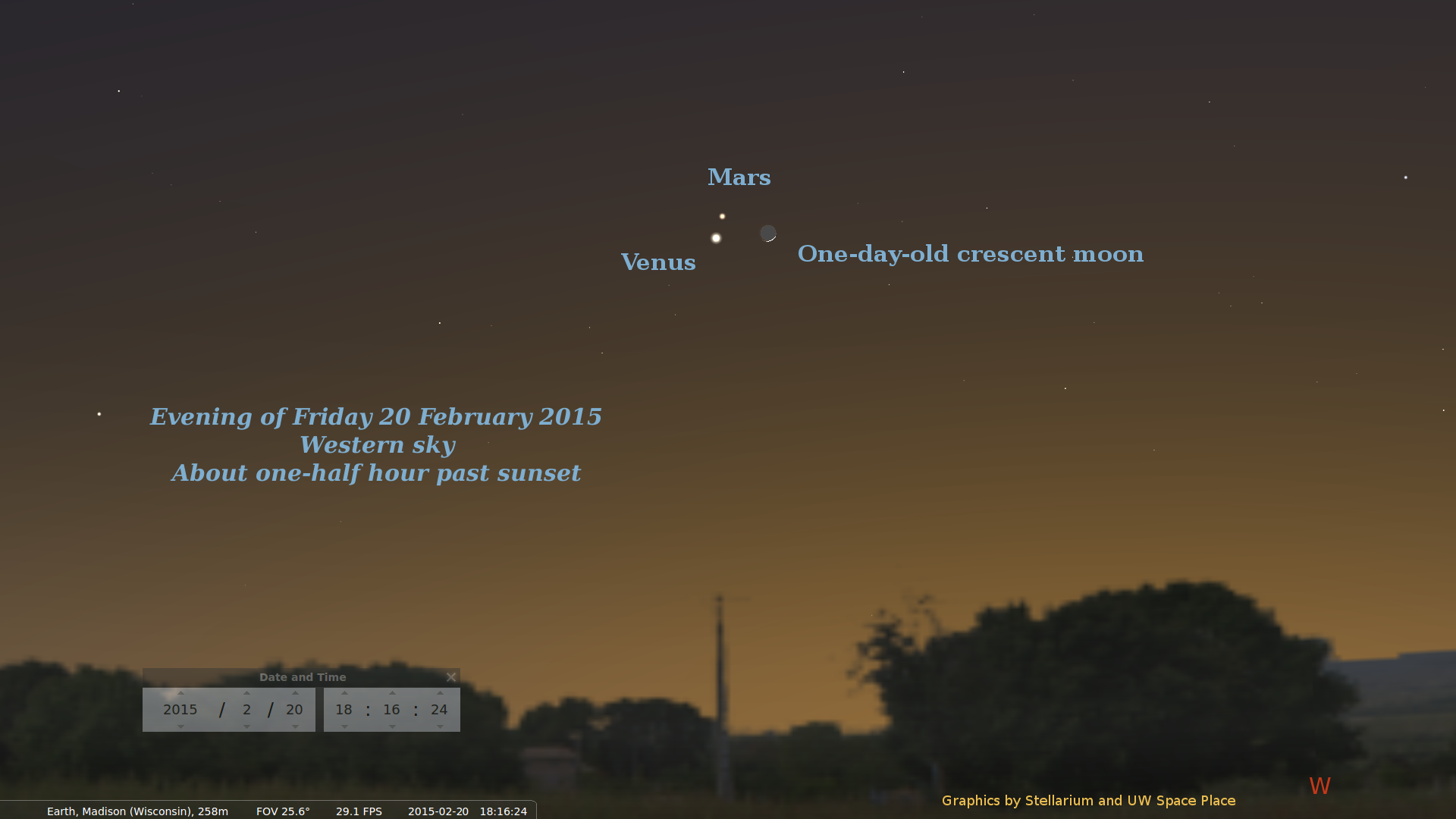 He’s on a roll! Another guest post – on Lunar New Year! – from Jim Lattis, director of UW Space Place and a faculty associate in the Department of Astronomy:

Should the sky cooperate this weekend, look for some interesting groupings of the very young crescent moon with planets Venus and Mars just after sunset. 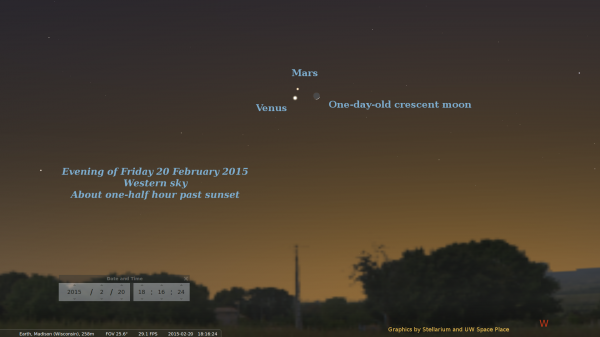 Love, war and the moon come together on Friday, February 20, 2015.// Courtesy of Jim Lattis, UW-Madison

On Friday evening, as the sky darkens after 6pm (CST) or so, look just south of west to see brilliant Venus. It will be unmistakable as the brightest celestial object there. As twilight deepens, expect to see Mars emerge, much dimmer than Venus. And just to their right will be a very young crescent moon. While Venus will be obvious, a pair of binoculars will be helpful in spotting the other two. All three objects will be within about 2 degrees of each other, which makes it one of the closer planetary groupings of the year.

Don’t wait until too late to observe, because unless you have a very low western horizon and the sky is very clear, these objects will be too low to see by 7pm or shortly after.

By Saturday evening, about the same time, the crescent moon will have fattened up considerably and climbed much higher in the western sky. You probably won’t need binoculars to see it, and it will set much later than on Friday evening. But Venus and Mars will be even closer together than on the previous night, and they’ll set just as early, so again, don’t delay. 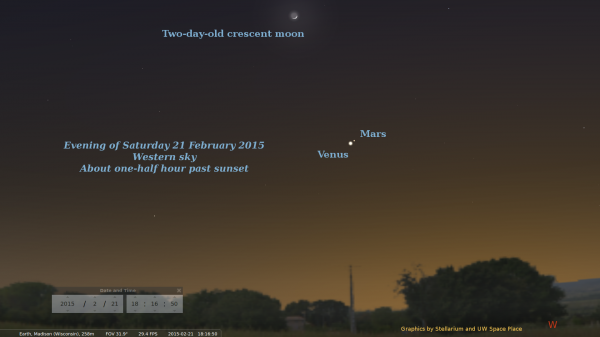 Love, war and the moon together on Saturday, February 21, 2015.// Courtesy of Jim Lattis, UW-Madison

If you have a small telescope to aim at Venus, you’ll notice that it is not quite a full disk. In fact, it is gibbous in shape, like the moon will look a couple of weeks from now. If you start checking Venus roughly monthly, you’ll soon see the gibbous phase develop into a “quarter Venus” as the planet catches up with Earth. As Venus gets closer, the disk will increase in diameter, but the illuminated portion of the disk will shrink, and by July we’ll see a distinct crescent Venus.

The revelation via telescope that Venus shows phases that run from full to crescent to new was all the evidence Galileo needed to prove that Venus orbits the Sun, contradicting the established astronomical theory of his day. So get accustomed to having Venus in our evening sky over the coming months, and if you have a telescope, keep checking its shape and enjoy your own “Galileo moment.”

To catch more fun in the night sky this weekend, read more here.