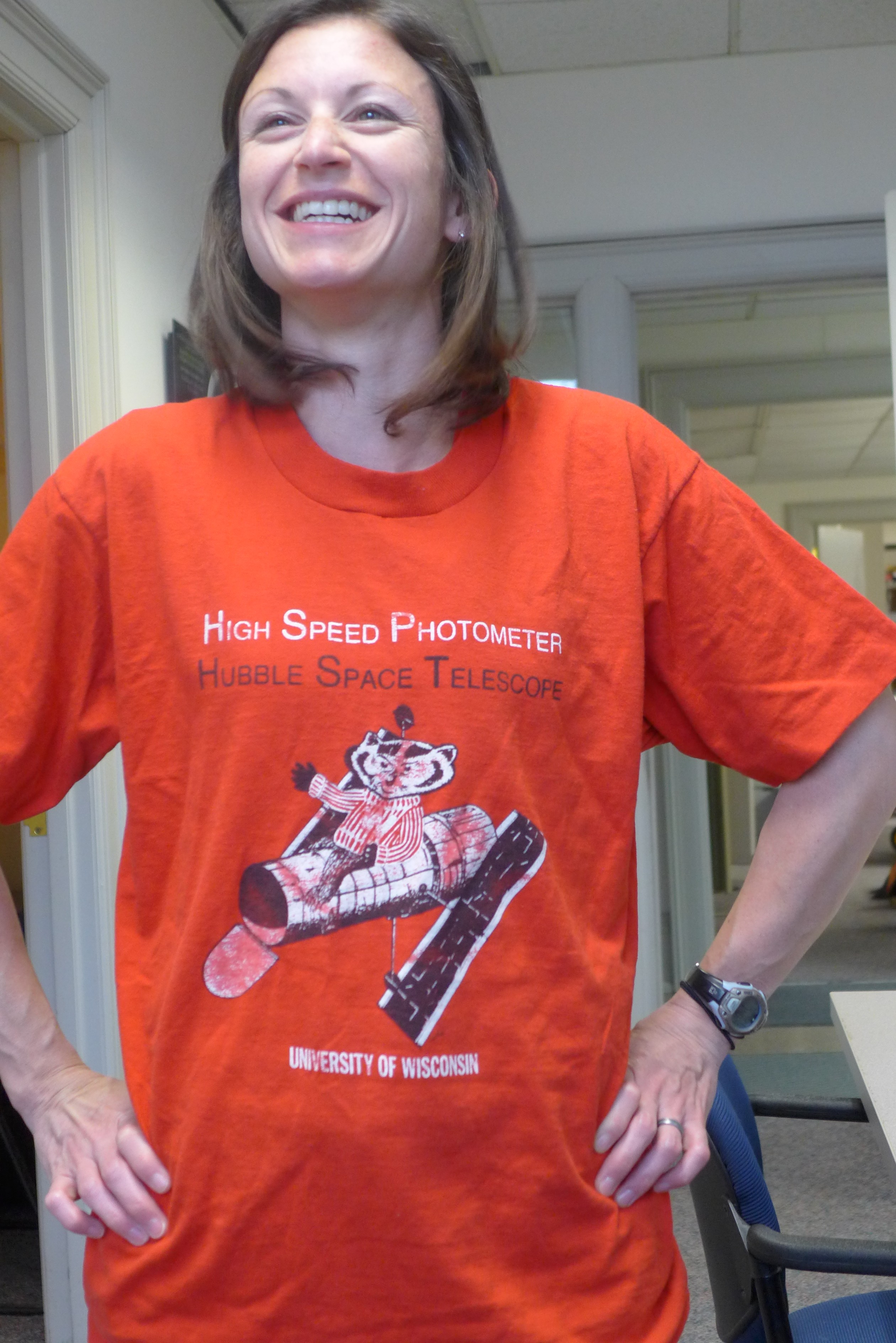 Home » Astronomy » Covering Hubble: A Reminder from Deep in the Closet 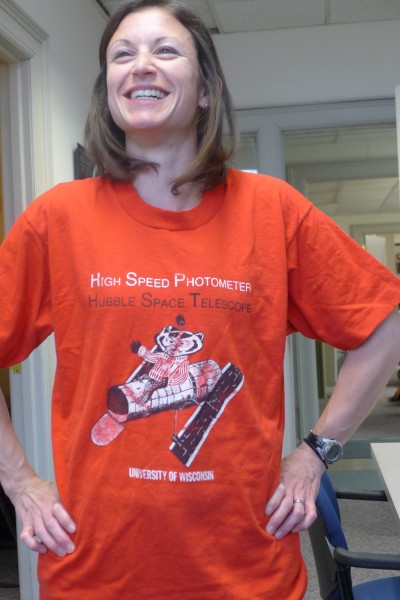 Thinking a lot about the Hubble Space Telescope this week. Friday, April 24, 2015, marks twenty-five years in orbit for the telescope whose glorious imagery has changed the way humans think about astronomy and space.

I was lucky to be a UW-Madison science writer all those years ago and had the opportunity to cover the development of the High Speed Photometer (HSP), one of the original Hubble science instruments. Astronomical detectors like HSP are critical as that is where starlight from a telescope is routed. Hubble had six original instruments. HSP was the only one built at a university

Working closely with the team led by UW-Madison astronomy Professor Bob Bless, I had a ringside seat for one of the great science adventures of the day. Included as part of the HSP team, I learned a lot about astronomy, space astronomy and how high-end, very expensive and political science projects got accomplished.

I also was able to cop some great swag, including this T-shirt. As the logo police have taken full control of Bucky Badger, it is unlikely we’ll see anything like this again.