Home » Astronomy » Hubble and beyond

Putting telescopes and astronomical instruments in space has long been a UW-Madison specialty. Since at least the early 1960s, when the late Wisconsin astronomer Arthur D. Code devised a cigar-box sized photometer for the X-15, the first rocket-powered plane to soar briefly in space, UW-Madison has been developing hardware – and students – to take astronomy above the obscuring blanket of Earth’s atmosphere. 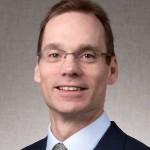 On Thursday, Nov. 3, 2016, UW-Madison graduate and current Director of the Space Telescope Science Institute, Ken Sembach, will revisit his alma mater to talk about current and future space astrophysics initiatives for the UW-Madison Department of Astronomy’s annual Whitford Lecture. The lecture is free and open to anyone and will be held at 3:45 p.m. that day in Room 4421 Sterling Hall.

Sembach, who received his doctorate in astronomy from UW-Madison in 1992, has been deeply involved in the science, operations and management of the Hubble Space Telescope for 15 years. In his talk, he will sketch out NASA’s future Great Observatories initiatives, such as the James Webb Space Telescope, and their potential to provide unprecedented views ranging from objects in our solar system to the first stars and galaxies formed near the beginning of time.

In anticipation of his talk, we posed three questions to Dr. Sembach about his experiences as a student at Wisconsin:

Who at Wisconsin was your biggest influence and why?

Professor Blair Savage was the person who most influenced my career and future. He was my PhD thesis advisor and mentor. He was extremely generous with his time, always offered constructive advice, assigned interesting projects, and gave me the freedom to explore and lead scientific investigations. He had confidence in me, and he trusted me, just as I trusted him. He also has a very good sense of humor, which made working with him and others in his group a lot of fun. Over the years he has been a great friend, someone I have been able to rely upon for advice time and again. 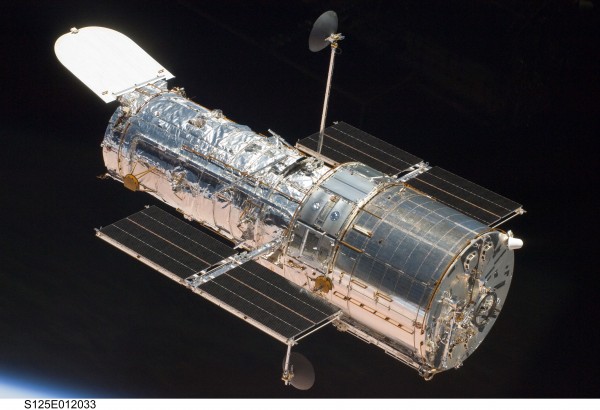 How did that experience prepare you to lead the Space Telescope Science Institute?

I was a student at UW at the time the Hubble Space Telescope was launched. Today, I am the director of the institute that runs Hubble. My graduate school experience at UW is something that I look back upon with a smile. I wouldn’t trade it for anything. That experience formed the foundation for my career. The astronomy department had excellent faculty who were leaders in the field. They were at the forefront of astronomical research using observatories in space, and they involved students and post-doctoral fellows in this work. My fellow students and I had opportunities to be at the cutting edge of research, which pushed all of us to excel. The positive reinforcement and scientific spirit, a desire to explore if you will, within the whole department was special. Everyone was collegial, and I think most of us thought of each other as extended family, professors and students alike. This collegiality, respect, and caring for those with whom you work is something that I’ve carried with me through the years and try to inspire in others.

What was the most important thing you learned about space astronomy at UW-Madison?

It may sound cliché, but the most import thing I learned is that anything is possible. I knew I wanted to be an astronomer at a young age, and that motivated me to work hard in school. I chose to attend UW because it offered a wide range of opportunities and possible paths to pursue in the field – far more than most universities – and it had great faculty. I knew when I was there that I would succeed. I also learned that the space business is full of surprises, and that sometimes even surprises that might at first appear to be setbacks (like the early problems with Hubble’s mirror) can in fact lead to opportunities that might not otherwise have existed. In that particular case, I was fortunate because the types of Hubble observations I was working on at the time were relatively unaffected by Hubble’s initial problems if they were crafted and executed properly, so they became more important and received more attention in the astronomical community than they might otherwise have received if Hubble had performed flawlessly from the start.