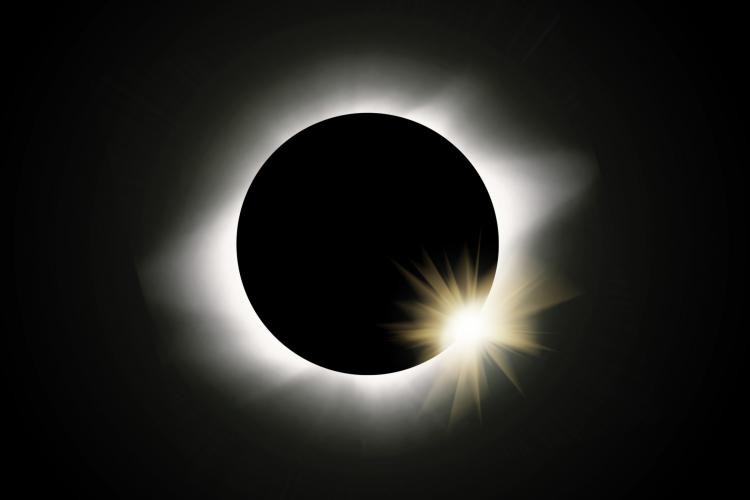 Home » Astronomy » The sun will damage your eyes, but what about your camera?

We asked you on twitter for your eclipse questions, and user @_dbza_ asked us, “Since availability of glasses is a problem, can I use the phone camera to record a video of the eclipse? Would that damage the sensor?”

The abridged version of the answer is yes, you’re probably safe photographing the eclipse. However, if you are using your smartphone’s camera, you probably won’t be able to see much of anything.

Smartphone cameras are typically 2 millimeters, which is small as far as cameras go. On a 2 millimeter camera, an image of the totally-eclipsed sun would likely show up as a darkened sun bloom, where the only defining aspect of the image is the streaks coming off of the star and some orange and black coloration around it. But with a small camera, and the UV protective filters that are built into smartphone cameras, taking stills of the eclipse will most likely not cause any damage your camera.

For context, traditional digital cameras can range from 18 millimeters to 1000 millimeters. Professional photographers will likely be using the larger lenses to photograph the eclipse to capture the sun close up, and will have on high density solar filters, basically black-tinted glass, to reduce damage to their camera’s sensors.

The biggest concern about damages is that to line up the shot, you’ll probably have to look at the sun – something you want to avoid doing. Making sure that your eyes are protected is paramount, especially if you are outside the path of totality.

And lastly, capturing still photos are generally safer for your equipment than capturing videos. When filming, the camera’s light sensor is exposed to the light for longer, and intense direct sunlight can damage a camera sensor in only a few minutes.

Use a UV filter to mitigate damage, and only point the camera at the sun when you are ready to press the shutter. Happy viewing!

For more information on eclipse viewing, view this page.