Home » Astronomy » The lens behind the man: UW–Madison professor details travels of a special telescope

Atop Sterling Hall, mounted inside a metal-domed observatory, sits the telescope of Sherburne Burnham, a Chicago man who in the late 19th century developed a passion for peering through the lens of the nearly 8-foot-long telescope.

In its day, the 6-inch-lensed Clark Refractor telescope traveled far and wide and was used by researchers many years after Burnham’s death. It is still used by the astronomy department, according to UW Space Place Director Jim Lattis, who recently compiled a history of the device. 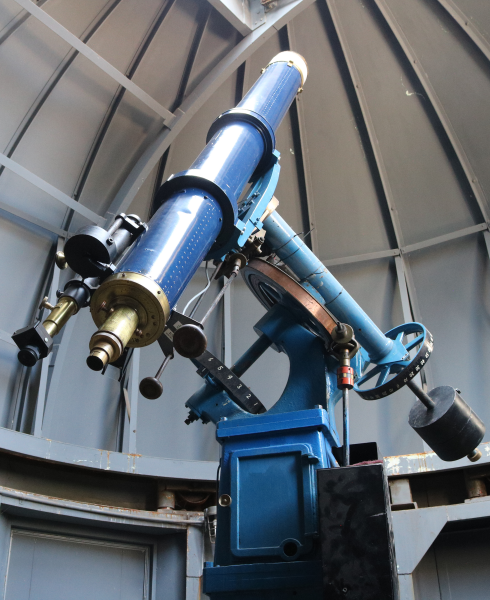 The Burnham 6-inch Clark Refractor telescope, in its home at Sterling Hall.

Burnham, a court stenographer for a federal court in Chicago, developed a hobby out of astronomy, and from his backyard in the city discovered and cataloged cases of astronomical phenomena called “double stars,” a pair of stars along the same line of sight.

Double stars are useful in astronomical geometry because a pair of stars can be used to measure the parallax of the stars, using the angle between the two stars as a key component in the calculation, says Lattis. The pairs eluded even professionally trained astronomers, and Burnham’s discoveries soon brought him a level of fame.

According to Lattis, there was a kind of professional consensus in the field that these double stars were rare, and astronomers shouldn’t waste their time searching for them. But Burnham, potentially due to of his lack of professional instruction not to seek them out, ended up finding many, says Lattis.

Sherburne’s first big project in astronomy came from a board of trustees, whom Burnham advised on astronomical matters. The board for the proposed Lick Observatory in California recruited Burnham to spend the fall of 1879 in California atop Mt. Hamilton, assisting with the site reconnaissance for their Lick Observatory.

Shortly thereafter finishing his work in California, Edward Holden, the director of the Washburn Observatory at the University of Wisconsin–Madison at the time, invited him to spend the summer of 1881 working in Madison. Sherburne took leave from his job as a stenographer, packed up his telescope, and took up lodging on campus.

In one way or another, his telescope, the 6-inch Clark Refractor, did not return to Chicago with him, and remained on the UW–Madison campus in the student observatory when Burnham departed at the end of the summer. 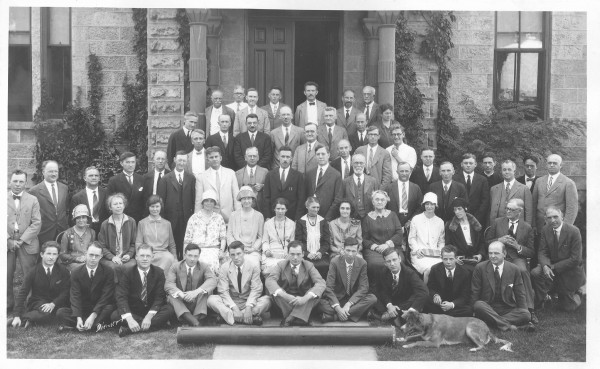 The Burnham telescope tubing, in front of Washburn Observatory

The telescope was eventually refitted with a steel tubing to replace the old wooden one, and was given new mountings. Then it was lent to an observatory in Appleton, where it was mounted piggyback atop another telescope.

Finally, in 1959, when construction began on the east wing addition to Sterling Hall, independent support beams were injected into the plans with the specific purpose of keeping a telescope sturdy in the new observatories atop the building, one of which was curiously constructed to the exact measurements that would be required for the Burnham telescope.

There the telescope now lives, used occasionally by students, neighbor to a newer, more sophisticated telescope, but still valued as a relic of a time of rich astronomical discovery, a useful piece of finely crafted technology, as well as a memento of the travels of Sherburne Burnham and the origins of astronomy at UW–Madison.

More of the history on the 6 inch Clark Refractor and astronomy at the University of Wisconsin Madison can be found in Jim Lattis’ historical research paper: http://adsabs.harvard.edu/abs/2017JAHH…20..177L

All photographs from Jim Lattis.