This month, University of Wisconsin—Madison graduate Anne Kinney begins her two-year term as the Assistant Director of the National Science Foundation’s Directorate for Mathematical and Physical Sciences. Kinney earned her bachelor’s degree in physics and astronomy from UW–Madison before earning her doctorate at New York University. Since then, she has held research and management positions at the Space Telescope Science Institute, NASA Headquarters, NASA Goddard Space Flight Center, and the Keck Observatory.

In this interview, Kinney discusses the National Science Foundation (NSF), her new role within it, and the influence of her UW–Madison background. 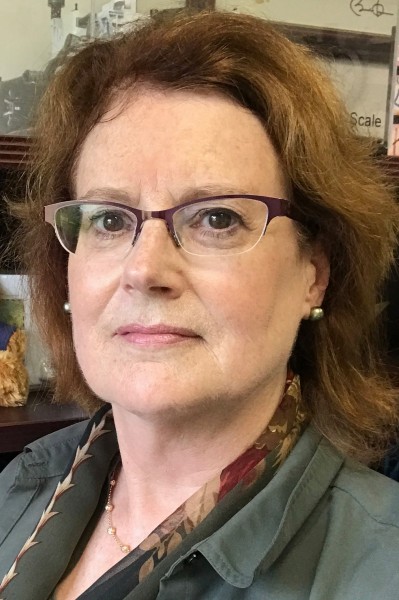 Can you tell us about what the Directorate of Mathematical and Physical Sciences (MPS) is?

Each directorate (of the NSF) has responsibilities for different areas of science. The largest of all the directorates is math and physical science. It has five divisions under it — math, physics, astronomy, chemistry, and materials science. I believe it’s responsible for something like 43 percent of the investment the country makes in fundamental (research in mathematical and physical) science.

What kind of research does MPS fund, and what will your role be as the Assistant Director?

It’s a combination of scientific research that is absolutely driven by the community and a more organized type of science where the vision is given by the decadal survey that happens in physics and astronomy.

I will lead a group of very talented people in making decisions about the path forward on (research) facilities, but a lot of the money also goes to grants, and the grants money is very oversubscribed. There isn’t enough money to fund (some) very excellent proposals.

Any time you have a stack of proposals, you have those you wouldn’t fund no matter how much money you have, those where you would sell the furniture to fund them, and then some in between. And it’s much more getting to the case where we are not funding the ones we really should be funding. It’s very difficult for (the) National Science Foundation. It has the same budget as it had in 2008, just to give you an indication of the challenge.

What are you looking forward to in this next stage of your career?

I will really be learning a lot of new science. I’m very comfortable, obviously, with astronomy. I have a degree in physics. Materials science will be very new for me.

I’m really looking forward to that. I’ll learn something; that is certainly gratifying.

I think that one of the things that NSF (needs to work on) is name recognition. When I went to NASA, (people said) “you’re going to work with NASA!” and of course they picture you in an astronaut suit. (But with this) job that I’m really excited about at NSF, they say “what’s NSF?”. It has to take a little more credit for itself. It has (given all the credit) to universities; it is there for universities. One of the greatest things in this country is a strong university system, so I give NSF a lot of credit for doing that, but NSF also has to work a little harder at, if you will, name-branding.

(That’s) one thing that I will be thinking about. (It’s) something I would work very closely with the director’s office (for), because you have to do it as one group.

What was your experience with UW–Madison like, and how has it influenced your career?

I had my intro class with one of the most renowned astronomers in the country, Donald Osterbrock. That’s like having Einstein teach you.

And (astronomy) was a wonderful department. They never took more grad students than they thought could get jobs in astronomy. They were a department (that) work(ed) together, (and) they’re still that way. I always went back and visited, and it was kind of a touchstone for me, UW. I always stayed in touch with people from the department.

Here’s (an) example. The guy who (had) this job (Fleming Crim) as head of math and physical sciences (a few years ago) is a chemist from University of Wisconsin—Madison.

There’s no place you go where you don’t meet Wisconsinites. I think that was a real strength for me, to have that connection.