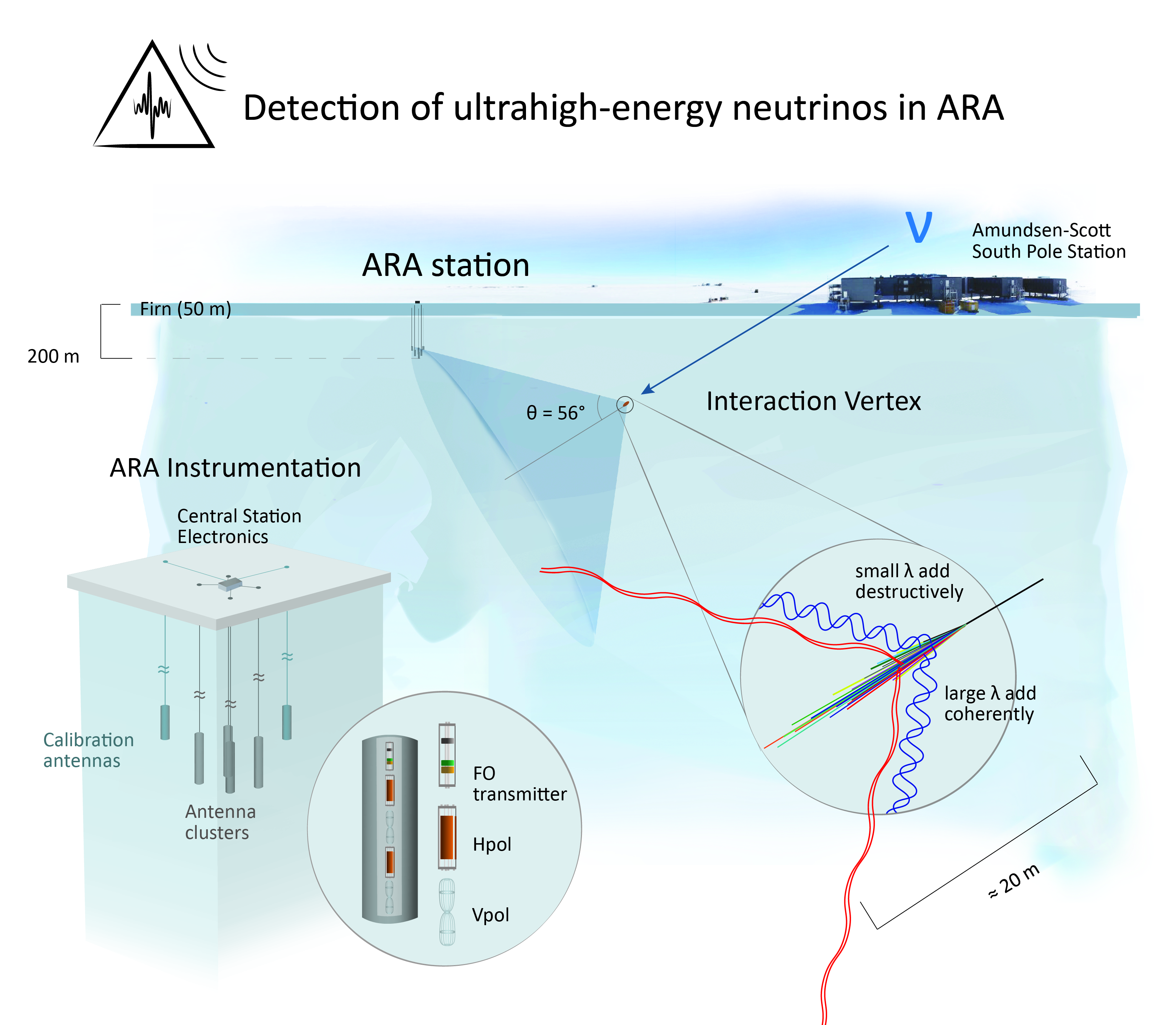 IceCube, the cubic kilometer, sub-polar detector that in 2013 gathered the first-ever evidence of cosmic neutrinos, is the star of particle astrophysics at the South Pole. Soon, however, a complementary detector known as the Askaryan Radio Array or ARA will join the hunt for the highest energy neutrinos.

Like IceCube, ARA will be composed of a series of instruments configured firmly in the Antarctic ice beneath the South Pole. But ARA will co-opt an even larger chunk of the ice to look for evidence of ultra-high-energy neutrinos, particles that scientists think are created when high-energy cosmic rays interact with the cosmic microwave background — the pervasive radiation that is a relic of the Big Bang — near some kind of distant cosmic accelerator such as a black hole or supernova. 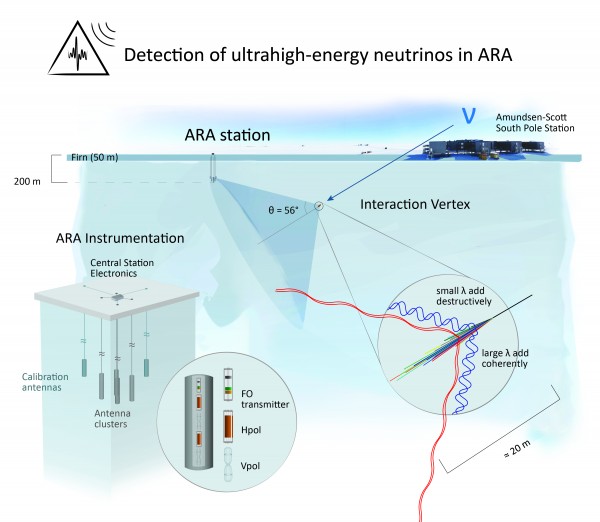 ARA plays on what is known as the Askaryan effect, where particles traveling near the speed of light through a dense medium like the polar ice produce a shower of secondary particles which, in turn, produces a cone of radiation in the radio or microwave regions of the electromagnetic spectrum. ARA, in essence, is a large, buried radio antenna tuned to the electromagnetic frequencies of ultra-high-energy neutrinos, particles a hundred times more energetic than the ones observed by detectors such as IceCube.

Now under construction with support from the National Science Foundation (NSF), the ARA detector, according to Albrecht Karle, the UW-Madison physics professor directing the project, will co-opt an even larger chunk of Antarctic ice than the densely instrumented IceCube, which once held the title as the world’s largest neutrino telescope. The ARA design, which is not yet fully funded, calls for 37 detectors, each spaced several kilometers apart and sunk to a depth of 200 meters. Each station has an electronics package and a cluster of antennas to detect the radiation produced by the ultra-high-energy neutrinos. To date, three stations have been deployed with preparations under way for an upgrade to the full detector configuration.

This video depicts a test of one of the holes drilled in the ice near the Amundsen-Scott South Pole Station. The disk clatters down the hole, pausing at predefined stops to assess the hole at various depths. Look closely and you can see the transition from snow to ice. Reeling in the probe are Perry Sandstrom, an engineer with the Wisconsin IceCube Particle Astrophysics Center (WIPAC) and Karle, ARA principal investigator and current UW-Madison physics department chair.