As the executive officer of an ice breaking vessel on the Great Lakes for two years, Collin Tuttle learned that he really loved ice. His ship, a 140-foot U.S. Coast Guard icebreaker, kept federal waterways open for shipping and transportation throughout the winter months by keeping routes clear of ice.

Today, he researches ice. As a graduate student in the University of Wisconsin–Madison Department of Atmospheric and Oceanic Sciences, Tuttle has spent the last two years investigating how climate change is affecting known sea shipping routes through the Arctic, and whether or not the ice is responding to the changes in a way that makes travel through it more viable.

“Shipping companies stand to save a lot of money by shipping through the Arctic versus traditional routes through the Suez canal or the Panama canal,” Tuttle says. “So with the loss of sea ice, there’s really a lot for them to gain by being able to utilize these Arctic sea routes.”

To time shipments across Arctic routes, companies must be able to accurately predict ice thickness and ice concentration. Both of these can hamper vessel traffic and pose risks to ships.

Some vessels, like the nearly 400-foot polar ice breakers that the Coast Guard uses, have no trouble breaking thicker ice. But smaller vessels can run into a lot of trouble if they run into thick ice. 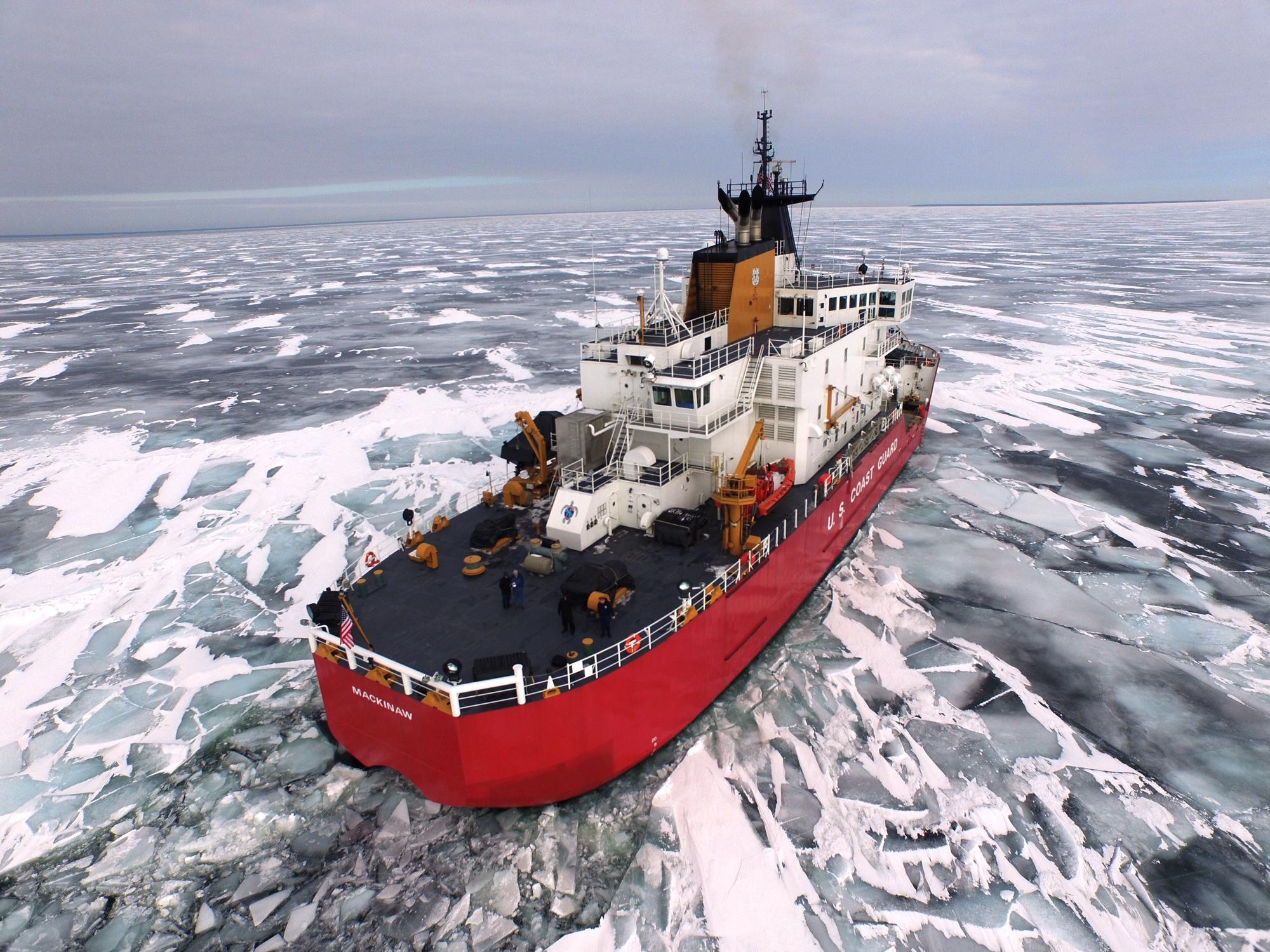 To make a judgement about whether or not to proceed through a certain area, the crew of a vessel must determine the Ice Numeral, a calculation that takes into account the thickness and concentration of ice, the type of ice present in the waters, and the type or class of ship wishing to travel through a given route.

The Numeral is less of a scientific quantity and more of a practical tool for navigators, Tuttle says. Navigators take into account the ice concentration around them, ice thickness, and how capable their vessel is.

“And then they would just calculate it right there on the bridge of their ship,” Tuttle says.

Calculating the Ice Numeral becomes more complicated when trying to predict conditions into the future. In order to do this, Tuttle uses a fully-coupled climate model, a computer program in which, “the atmosphere, the ocean, the land and sea ice are all interacting with each other,” Tuttle says.

Using this model’s outputs for ice thickness and concentration, Tuttle can plug his Ice Numeral calculations into around 40 different climate change scenarios, for any specific vessel, up to the year 2100.

Sea ice thickness and concentration are typically at their lowest in the month of September, and Tuttle has found that this trend doesn’t change much from scenario to scenario. This could be good news for companies trying to determine when they can plan shipments through Arctic routes.

The model also shows that, into the future, Arctic ice is expected to be thinner than it is today. But this isn’t necessarily good news for shippers.

“Our big takeaway from that is that even though, on average, routes are becoming more accessible, we are getting into this period where ice variability between each year is increasing, which kind of contrasts with the opening of the routes.” Tuttle says. “You can have one year where there’s very little ice, but don’t get your hopes up, because next year might be very different.”

Tuttle is an active duty U.S. Coast Guard officer, and the Guard sponsors his research.