Early in December, we reported on changes in seasonal timing events taking place every year in Wisconsin, made observable by computer modeling programs. Now, preliminary results from a study of historical weather data by the Weather Guys seem to show that winter may indeed be shortening.

According to their study, which reviewed 70 years of winter weather data across the Northern Hemisphere, the interval during which the coldest day of the year is most likely to coincide has shrunk by four weeks. 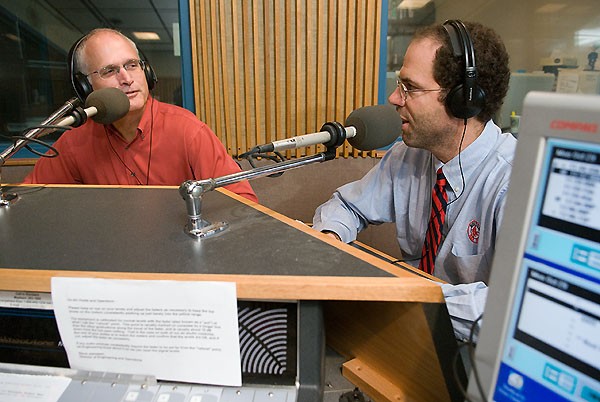 The comparison is between two, 30-year data sets of temperatures between December, January, and February. The first set extended from the year 1948 to 1978 and the second set encompassed 1980 to 2010.

The researchers then “determined, for each 30-year period, the calendar days on which there was, on average, a 90 percent chance that the coldest day of the year was still yet to come,” according to their blog post that details the early results of the analysis.

Explained in another way, the periods between Dec. 16 and Dec. 30, as well as between Feb. 18 and March 3, are no longer at least 90 percent likely to contain the coldest day of the year. This could mean that the temperature during those periods is warming.

The analysis was conducted by “The Weather Guys,” Steve Ackerman and Jonathan Martin, professors in the UW-Madison department of atmospheric and oceanic sciences.

In December, we covered research at the Center for Climatic Research at UW–Madison that projected Wisconsin’s winters might shrink by up to two months.

Michael Notaro, a senior scientist and associate director of the CCR and his colleagues use computer programs to create models that simulate regional responses to climate change, and their results show a host of changes to Wisconsin’s winter patterns.

Wisconsin is projected to have fewer days with snow on the ground and warming temperatures will accelerate snowmelt. The fringe months of the cold season – October, November, April and May – could all see significant decreases in snowfall, essentially shortening the winter season and prolonging the “limbo” in between seasons.

Lake effect snowstorms are predicted to increase toward mid-century in the Great Lakes but decrease by century’s end. Lake Superior, which is in a colder environment than the other lakes, will sustain or even increase the frequency of lake effect snowstorms. But this, too, is projected to decline toward the end of the century.

Due to warming temperatures, Wisconsin’s winter precipitation will less often fall the form of snow; instead it will fall as rain.

The forces of change are visible after winter subsides, too. Heavy rain events that can dump two-to-three inches are projected to increase in southern Wisconsin, especially in Dane county. Flooding in Lake Delton in 2008 killed three people and caused $763 million in damages. It is just one example of the effects that extreme rain events can have, Notaro says.

The findings that these models generate are valuable to resource managers in the state, Notaro says.

“We [the Center for Climatic Research] largely develop climate change projection, and other groups use that to kind of get a sense of risk management and how they can change a lot of their policies and planning so that they can dampen some of the negative effects of climate change,” Notaro says. “We’ve done about 52 years of solid research in our center, so we have been a very productive research center here for quite a long time.”