Home » Atmospheric science » What the warm? An El Niño Q&A with a climate scientist

The image above shows sea surface temperature in the equatorial Pacific Ocean as of Aug. 24. El Niño is characterized by unusually warm temperatures.//Credit: SSEC, UW-Madison

With warm weather across the country, in places typically coated with snow, we thought it was a good time to revisit this recent Q&A with UW-Madison climate scientist, Dan Vimont. Hopefully you weren’t anticipating a white Christmas this year. A tropical one is beginning to seem more likely …

The following was written by Meghan Lepisto, at the UW-Madison Nelson Institute, and originally published at news.wisc.edu on 1 September, 2015:

>What’s fierce, massive and likened to Godzilla? The 2015 El Niño — or at least in its vivid media descriptions.

With forecasters predicting that the developing El Niño could rival the strongest on record, UW–Madison’s Nelson Institute asked Associate Professor Dan Vimont of the Department of Atmospheric and Oceanic Sciences and the institute’s Center for Climatic Research to explain the weather phenomenon and its potential effects. Vimont studies interactions between weather and climate, including El Niño and its impacts.

Q: We’ve been hearing about a “super” El Niño forming in the Pacific. What is an El Niño, and what’s special about this one?

A: El Niño is a warming of the ocean surface in the Pacific Ocean near the equator that is accompanied by the Southern Oscillation, which is a redistribution of atmospheric pressure in the tropical Pacific. Because the two phenomena are coupled, we combine the two terms into a single acronym, ENSO.

El Niño events involve an average sea surface temperature increase of about 1 degree Celsius (about 1.5 degrees Fahrenheit) in the equatorial Pacific. That doesn’t seem like much, but in order for that warming to occur, the entire tropical Pacific Ocean and atmosphere undergo a massive readjustment.

This year’s ENSO event is likely to be moderate to large in amplitude. We’ve been tracking it for several months, and it’s shown signs of being a big event since its beginning. Sea surface temperatures in the tropical Pacific are currently about 2 degrees Celsius above average and still climbing. They tend to peak around November or December.

The ocean and atmosphere need to work together, though — so if we don’t get another big and persistent westerly wind burst around the international date line (running north-south through the mid-Pacific Ocean), the event could stall. On the other hand, if a big wind burst comes, the event could take off.

Either way, El Niño conditions are extremely likely to persist through the 2015-16 winter.

Are there any historical precedents that tell us what to expect over the fall and winter? Will it cause extreme weather events? 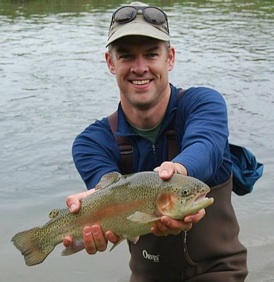 The 1997-98 and 1982-83 ENSO events are the largest on record so far, and may be good analogues for the current event, though this event may not be as extreme. But we can’t assume that conditions during a previous event will be similar to the current event.

We can expect that the biggest impacts will be in the tropics. For example, ENSO can have a huge impact on rice production in Indonesia due to a delayed monsoon onset. That means delayed rice plantings and hence, a delay in harvest — leading to hunger and scarcity and more rice imports. This would disproportionately affect poor populations and have a major impact on the global rice trade.

What parts of the United States are likely to see the greatest effect? Will we notice it in the upper Midwest?

Over the United States, ENSO impacts are felt through a strengthening and extension of the subtropical jet stream. This tends to bring more precipitation and cooler weather to the southern and southwestern United States during fall and winter, and warmer conditions to the northern part of the country. But day-to-day weather fluctuations will still dominate what we experience.

The cool and wetter-than-normal conditions associated with El Niño in the Southwest could be good for drought-stricken California, as long as rains don’t come in torrential downpours.

Unfortunately, El Niño has a pretty robust relationship with warm, dry weather in the Pacific Northwest, which is bad news for the ongoing drought there. We can hope that conditions may change by next spring.

The ENSO signal in the Midwest is not strong. We tend to be a little warmer, but there is a lot of variability from event to event. I tend to be pretty conservative in forecasting any sort of ENSO impact in Wisconsin and the Midwest.

Climate change may affect ENSO events, but we don’t know how just yet. The problem is that our models, and our theories, show that ENSO characteristics are remarkably sensitive to subtle changes in the mean state of the tropical Pacific. So, for example, if our projections are off by just a few tenths of a degree, the characteristics of ENSO may drastically change.

Furthermore, each ENSO event is very different, so it may take many decades or even centuries for us to be able to really attribute changes in ENSO to global warming. This points to the importance of improved understanding of ENSO and of global climate change. 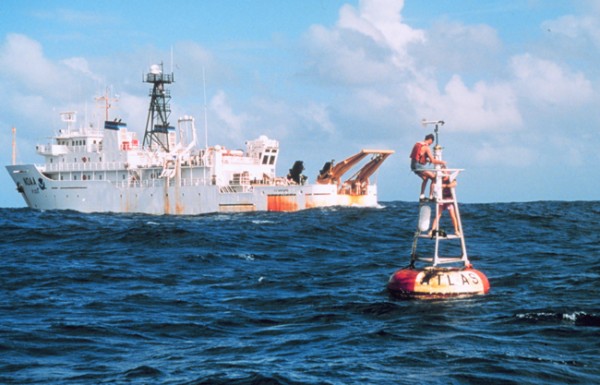 What would help us better understand these phenomena?

The most important resource we have for ENSO prediction is the Tropical Atmosphere Ocean array, a vast system of buoys in the Pacific Ocean that provide real-time temperature and wind data. Until recently, it was maintained by the National Oceanic and Atmospheric Administration (NOAA), but funding has lapsed and, as a result, we’re missing critical data for monitoring and predicting ENSO.

Although we tend to think of El Niño as an event that brings disaster, it’s an amazing phenomenon in our climate system. As I described, change can be a good thing, especially if it brings more rain to California. We’ll have to wait and see.