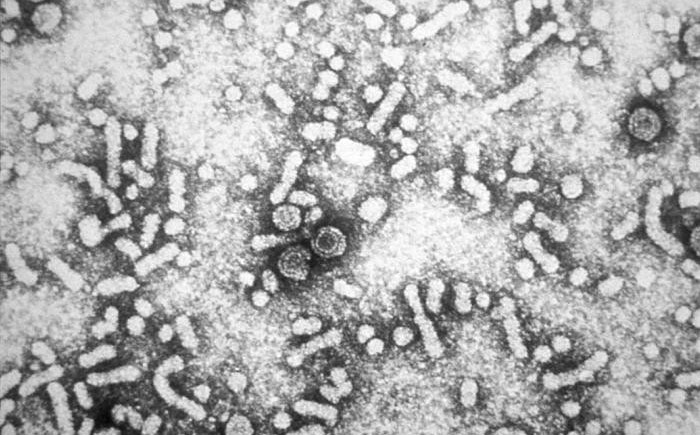 Don’t be fooled by the size of Hepatitis B: Despite being one of the smallest known viruses, it annually infects nearly 3 million more people and kills almost 1 million. Yet surprisingly little is known about its biology.

Ok, a little more than a little is known. Hepatitis B (HBV) is a virus that preferentially infects liver cells. Most (but not all) adults exposed to the virus clear the infection and develop life-long immunity. And there is a vaccine but it works only if administered prior to exposure.

In endemic areas, including East Asia and sub-Saharan Africa, infants are infected at birth and they can neither mount a full immune response nor be vaccinated before exposure. By the time their immune systems are developed well enough to recognize the viral invader, it is too late: HBV has established itself in liver cells. 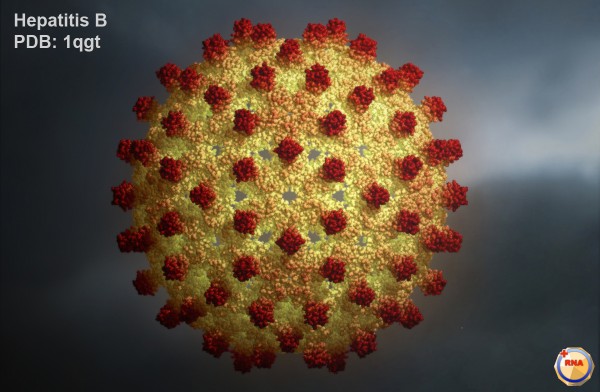 This chronic infection, according to McArdle Laboratory and UW Carbone Cancer Center professor of oncology, Dan Loeb, begins a lifelong “imperfect immune response that is like a constant insult to the liver,” and commonly ends in cirrhosis and liver cancer after several decades.

“The hope is we can cure chronically infected people when they’re younger, eliminating decades of liver damage and decreasing their risk of liver diseases when they’re older,” says Loeb. “We are trying to understand how the virus works at a molecular level so that we can look for drugs that interfere with it.”

Loeb and his former graduate student, Nuruddin Unchwaniwala, asked one fairly basic question about HBV to understand how it functions: When the virus is replicating inside cells, where are its different genetic and protein pieces located? 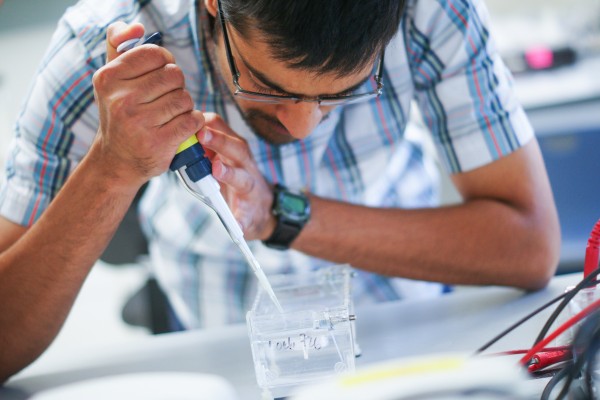 Nuruddin Unchwaniwala hard at work gathering data for this study!

Their idea was that the viral components have to come together at some point to assemble into new viruses, so if they could see when and where that happens, they may identify drug targets. They linked HBV proteins to fluorescent proteins, then expressed the proteins in liver cells so they could see where the proteins ended up.

“Instead of the viral pieces all being located in the same area, we found that a majority of one of the proteins, called Pol, was located alone in a compartment in the cell called the mitochondria,” Unchwaniwala says. “The lack of other viral components at the mitochondria argued that there was a function of Pol in the mitochondria distinct from its role in viral replication and assembly.”

Adds Loeb, “It was this totally unexpected property of Pol, and the thing that was amazing to me is that it suggests Pol is one protein with multiple functions.” 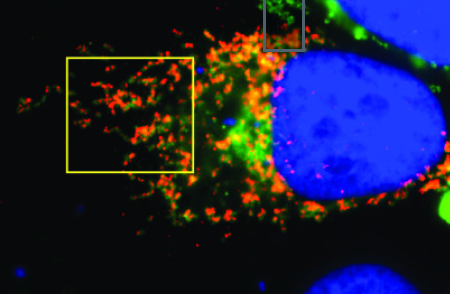 Unlike other HBV components, the Pol protein (red) is found with the mitochondria (green). The cell nucleus is blue.

The finding is not too shocking when looked at in the context of HBV’s chronic infection nature. The mitochondria are used for many important cellular functions, including signaling to the immune system, undergoing apoptosis when it senses the cell has been compromised (also known as regulated cell suicide), and for energy production and balance in the cell.

“However it is doing it, the virus is staying in symbiosis with the cell,” Unchwaniwala says. “Maybe the virus uses Pol to inhibit one of those defense mechanisms and to make sure the host cell is not dying off.”

Loeb and Unchwaniwala – with UW molecular virology and oncology professor, Nathan Sherer – recently published their findings in the Journal of Virology.