That glow will tell them whether they have successfully turned on a gene that is usually turned off in individuals with fragile X syndrome. Turning on this gene, FMR1, could be an important way to treat this syndrome. 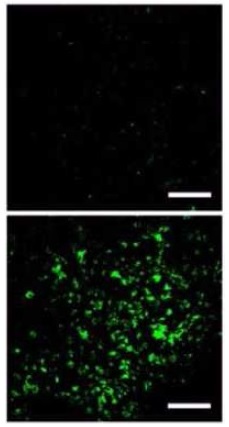 Glowing stem cells indicate the FMR1 gene has been successfully turned on in cells from patients with fragile X syndrome. This gene is typically turned off in these patients, leading to the syndrome//Courtesy of Xinyu Zhao and Anita Bhattacharyya

Fragile X is the most common cause of inherited intellectual disability and a major genetic factor in autism spectrum disorder. In patients with fragile X, the FMR1 is silenced (turned off), so cells can no longer use the gene as a blueprint to make the fragile X mental retardation protein, FMRP. The protein plays a key role in brain development and nerve function, though researchers aren’t yet certain exactly how the lack of FMRP protein leads to fragile X. However, they do know the protein is involved in synaptic plasticity, which means it plays a role in learning and memory. 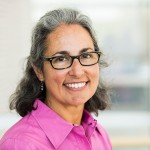 Anita Bhattacharyya, a senior scientist in the University of Wisconsin-Madison Waisman Center//Photo by Jeff Miller,UW-Madison

What’s unusual about fragile X is that the mutation that causes the disease doesn’t delete or disrupt the gene, it just turns it off. “So there is a fully functional FMR1 gene in fragile X patients; it just needs to be turned on and we could have a potential therapy,” says Bhattacharyya.

However, turning on this particular gene, or any other gene in patients, is easier said than done. Usually, researchers need to comb through large numbers – up to millions – of drugs to find ones that can be used safely and effectively for therapy.

Another challenge researchers face is being able to tell when a particular gene is turned on in cells. It would take far too long to apply individual drugs, collect the cells being tested and use traditional methods to check whether a specific gene is on or off in those cells.

Bhattacharyya and Zhao want to be quicker. “We want to be able to assay thousands of different compounds – including those that we already know to be safe – and not just try a few like we usually would in the lab,” she says. “To do that we need a way to easily measure whether the gene is turned on or off.”

One way to do that is to engineer what is called a reporter cell line. Much like the warning light on an induction cooking range that tells users the range is on, reporter cell lines have an easy-to-measure component that tells researchers when a particular gene is turned on.

Meng Li, a postdoctoral fellow supervised by Zhao and Bhattacharyya, used a technique called CRISPR-Cas9 to precisely position a reporter in the genomes of stem cells derived from individuals with fragile X. The reporter is a highly sensitive luciferase enzyme engineered from the DNA of a deep-sea shrimp Oplophorus gracilirostris. The enzyme is capable of glowing under the right conditions. 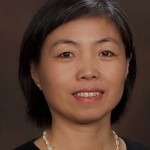 “You can put a drug on these reporter cells and if the gene is turned on by that drug then you will get a bright luminescence signal,” says Bhattacharyya. “It’s that simple.”

Researchers can also measure the intensity of the glow to get an idea of how much protein is being made from that gene. However, the biggest advantage of reporter cell lines is they can be used in high-throughput, automated systems to efficiently test whether any of hundreds of thousands of drugs can turn on the gene of interest without harming the cell.

“Compared to published antibody-based or fluorescent protein-based reporter lines, our reporter line is much more sensitive and quantitative, which makes it more amenable for high throughput drug screens,” says Zhao.

With support from the Merck Foundation and the UW Institute for Clinical and Translational Research, Bhattacharyya and Zhao are now testing a number of compounds to see which ones make the reporter stem cells glow, but the journey from lab to clinic can be a lengthy one.

“Once we identify potential compounds, we will take it step by step to test, through clinical trials, whether those compounds can be used therapeutically,” she Bhattacharyya.

These finding were reported in a recent paper published in the journal Stem Cells. In addition to Bhattacharyya and Zhao, collaborators include Krishanu Saha who is affiliated with the Wisconsin Institute for Discovery, and Gene Ananiev a scientist at UW-Madison Small Molecule Screening Facility. Other authors include Meng Li, Huashan Zhao, Michael Musser, Kathryn Ness and Dianne Maglaque, all at the University of Wisconsin-Madison.

— Story by Adityarup “Rup” Chakravorty, a science writer and communications specialist at the Waisman Center