Home » Bugs » The polar vortex should kill bugs, right? Not so much.

The post office suspended mail delivery. Schools and campuses across the Midwest closed down. Temperatures in Chicago, Madison and other Great Lakes cities dipped lower than those in Antarctica.

Surely that means some of the peskiest insects we know don’t stand a chance in the polar vortex, right?

“The cold weather will undoubtedly have some impacts, although it’s difficult to predict at this point,” Liesch says. “The snow we’ve received over the last few weeks has created an excellent insulating layer that will protect many overwintering insects from the full force of the cold.” 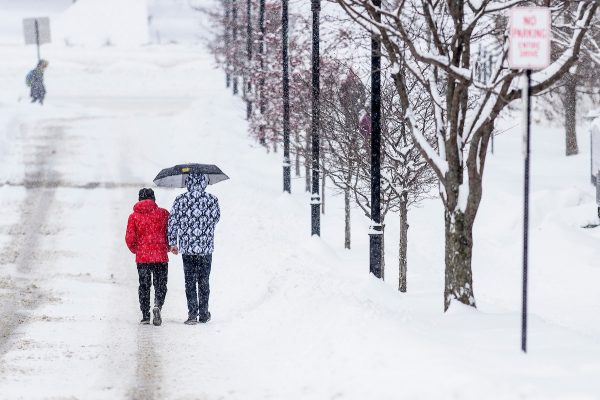 Students and pedestrians walk along snow-covered sidewalks near Agricultural Hall at the University of Wisconsin-Madison during a winter storm that brought several inches of snow to campus on Jan. 23, 2019. (Photo by Bryce Richter /UW-Madison)

So what does that mean for the emerald ash borer, responsible for wiping out several thousand square miles of ash trees across Wisconsin, and tens of millions of ash trees in 30 states?

“Insects like the emerald ash borer will likely be impacted by the cold, but their reproductive capacity should allow them to ‘catch up’ in the long-run,” Liesch explains.

What about ticks, those creepy arachnids infamous for carrying diseases like Lyme, Rocky Mountain Spotted Fever, and even red meat allergies? (Why, yes, you can find Lone Star ticks in Wisconsin and they’re really disgusting.*)

Liesch delivers some more bad news: “Ticks overwinter down amongst leaf litter, meaning that they should be well insulated at this point.”

Turns out, they’re just more likely to cozy up next to us as we huddle for survival in our heated homes.

“The invasive brown marmorated stink bug, which has been a nuisance to many Wisconsinites, likes to invade homes and other structures which would provide sufficient warmth during this cold spell,” Liesch says. 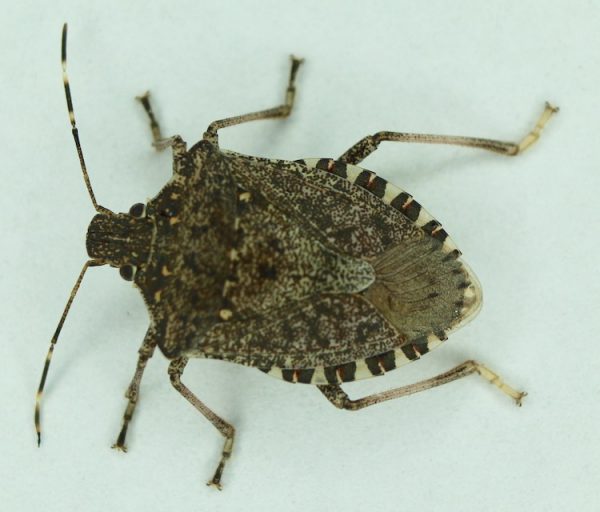 Ok, ok. Mosquitoes. We had a really hellish year here in southern Wisconsin last year, given the record-breaking flooding. So this deep freeze will give us the break we deserve …

She can’t yet say for sure, but probably not, says UW–Madison Entomology Professor, Susan Paskewitz, co-director of the Centers for Disease Control and Prevention Midwest Center of Excellence for Vector-Borne Disease: “We have a good snow cover and usually that should give some insulation down where the eggs are overwintering.”

While there is some potentially good news — “I’d expect that insects overwintering in more exposed locations (such as exposed egg masses) or recent invaders from more southern areas would be impacted the most,” Liesch says — it sounds like we’re just going to have to find ways to make do with these cold conditions and remember that summer, and its bugs, will be here before we know it. 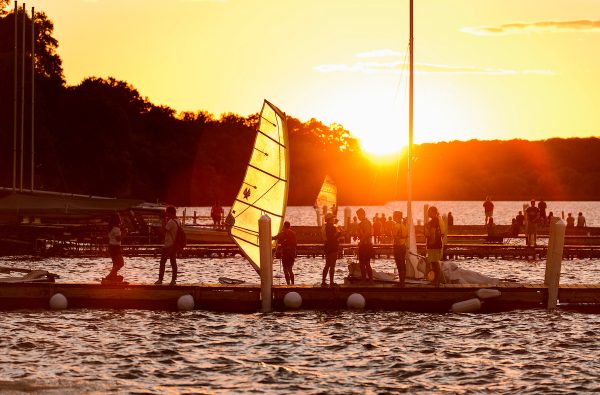 Hoofer Sailing Club members bring their windsurfing boards and sailboats in for the evening near the Memorial Union Terrace at UW–Madison. (Photo by Jeff Miller/UW-Madison)

*No really, read this: –Nymphs and larvae of the lone star tick will often feed on humans, and can sometimes be present in large numbers.  These are sometimes called “seed ticks” in the southern USA.  It is not uncommon for a person to pick up 20 to several hundred seed ticks at a time.

For more info about insects and insect-borne diseases and invasions:

Centers for Disease Control and Prevention

3 thoughts on “The polar vortex should kill bugs, right? Not so much.”