But, that also means other places, like the densely populated regions of the Northeastern U.S., could see more of these large storms when they’re at the peak of their intensity. According to Jim Kossin, a National Oceanic and Atmospheric Administration (NOAA) National Climatic Data Center scientist stationed at the University of Wisconsin-Madison Cooperative Institute for Meteorological Satellite Studies, this could lead to devastating loss of life and property in the wake of a tropical cyclone, particularly those that cause flooding and coastal storm surges.

(Disclaimer: Scientists are still investigating the atmospheric mechanisms behind this shift, so we don’t know if we can blame it on climate change, but it’s a trend that scientists say “seems consistent with a warming climate.”)

2. There are more birds at your winter feeder! 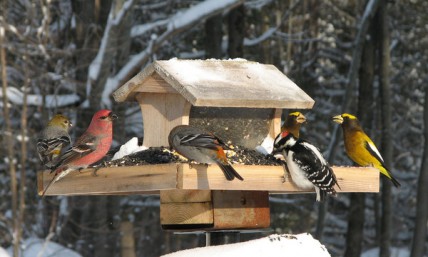 While it’s always nice to catch a brilliant red flash of a cardinal against a backdrop of white snow, the common appearance of this and other once-rare wintering species in more northern climates is a signal that times, they are a-changing.

“If you have a species coming into a new area, it can modify the composition of the community,” says UW-Madison wildlife biologist Benjamin Zuckerberg. Removing or introducing even a single species can have a cascade of ecological consequences, many of them unknown, he adds.

Over the past 20 years, as the climate has warmed, birds typically found in more southern locales of the U.S. have given up their snow bird ways and now tough it out through slightly-less-harsh northern winters. But, they’re canaries in a coal mine, Zuckerberg says.

“Birds have always been very good indicators of environmental change. Whenever you have a reshuffling of a community of species, you have less of a sense of what change is going to be.”

3. While we’re on the topic, winters are getting warmer, especially in cities like Madison. Save on your heating bill! 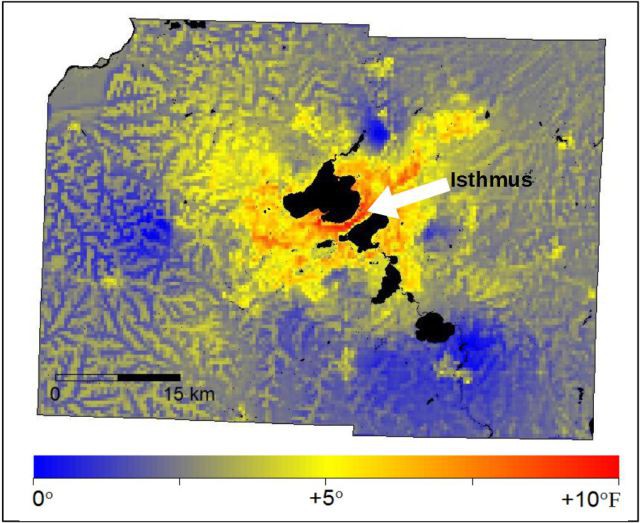 But, potentially lose on your cooling bill. Thanks to the urban heat island affect, temperatures in the city are warmer in the summer, too. The concentration of asphalt, bricks and concrete found in cities leads to higher temperatures than in their non-urban counterparts.

“Cities tend to be warmer than their rural surroundings; they retain more heat,” says Jason Schatz, a graduate student under Chris Kucharik in the Nelson Institute for Environmental Studies and affiliate of the Water Sustainability and Climate (WSC) project.

A recent study of Madison led by Schatz and Kucharik found the effect peaked in summer, when downtown Madison averaged 7 degrees F warmer at night and 3 degrees warmer during the day when compared to rural Dane County.