Seven days before the polar vortex blanketed Madison in nearly record-low temperatures, researchers, meteorologists  and UW administrative leaders were already discussing how campus would be affected.

Immediately after learning of the impending cold, Shane Hubbard began to work with UWPD’s Emergency Management Unit to advise and prepare campus . A research scientist in the Space Science and Engineering Center, Hubbard develops geospatial models for hazard events like floods, tornadoes and winter storms.

“We had spent multiple days thinking about what the appropriate response would be for our campus,” Hubbard says. “Many people were involved in making that decision.”

Hubbard first began working in emergency management for the state of Wisconsin, and now uses that expertise along with his knowledge of meteorology to prepare campus for disasters. 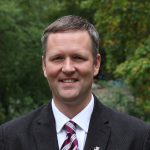 Hubbard works as a research scientist in the Space Science and Engineering Center.

When snow is involved, Hubbard and his colleagues closely watch for what areas of campus will be hit the hardest. They always recommend that the university take coordinated action whenever a winter weather watch or warning is issued for the campus.

“A lot of times the forecast doesn’t include finer details like flooding, so I provide emergency management recommendations based upon our weather outlooks,” he says.

With the sharply rising temperatures that occured recently, Hubbard carefully evaluated which areas of campus were most susceptible to flash floods. As freezing rain appeared in the forecast, Hubbard notified campus of high-risk areas.

His experience with flood evaluation extends well beyond Wisconsin’s borders as well, as he previously worked in Iowa City, Florida, Georgia and Indiana. In Iowa City, a place much more prone to flooding than Madison, Hubbard developed a time-based model to assess which buildings would be damaged first as a flood worsened .

“What’s happening now is that people that aren’t expecting to get flooded, are getting flooded,” he says. “We’re not beating our old flood records by 5 percent anymore, we’re beating them in some cases by double.”

That kind of unexpected flooding was on full display this past summer when one large rainfall pushed the lake level in Mendota to near record levels. These rapidly developing storms have become more frequent across the country — which can be especially challenging for buildings near flood boundaries. 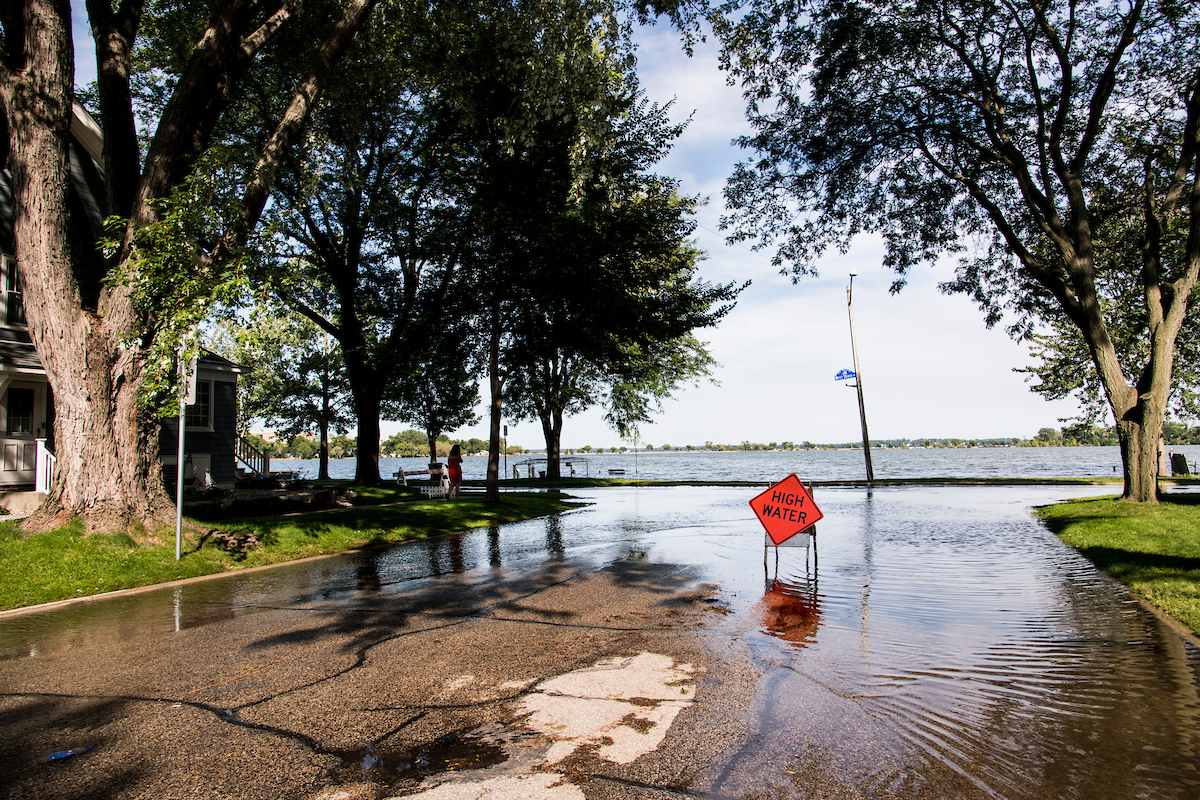 A road hazard sign warns of high-standing water flooding West Shore Drive along Monona Bay in Madison, Wis., during summer on Sept. 6, 2018. Area lake levels continue to rise after a record-breaking storm on Aug. 20 dumped more than 10-inches of rain on parts of Dane County, also flooding areas of the University of Wisconsin-Madison campus lakeshore. (Photo by Jeff Miller / UW-Madison)

“The problem is that communities build right up against flood boundaries, and with the changing precipitation patterns, this could be the worst thing we could do,” Hubbard says. “One of the issues we have in this country is we continue to map our flood boundaries based on the last big flood we had, so a little bit more water can affect a lot more people.”

Hubbard and his colleagues are already making predictions for this summer’s precipitation and flood possibilities, especially regarding lake water levels. Though the city and county periodically issue their own reports on lake levels, Hubbard also helps estimate lake levels in real-time to keep campus updated.

Hubbard’s role in the university is unique. By combining his knowledge of disaster preparation and weather forecasting, Hubbard helps the Emergency Management Unit maintain the everyday safety of students, faculty and staff.