This is the first post written by student science writer Emma Roberts. 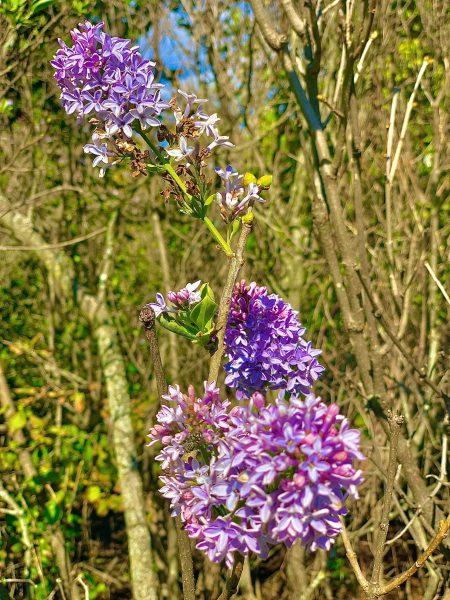 UW Arboretum lilacs in bloom on Oct. 20, about 6 months after their usual flowering period. (Photo by Emma Roberts)

While Madison’s residents soaked up the above-average October temperatures, the heat has given some plants mixed signals. Instead of entering dormancy for the winter, some species have begun to rebloom. The lilac plants that bring many to the University of Wisconsin–Madison’s Arboretum around Mother’s Day have put on an unscheduled show this month. For the past three weeks, people have taken notice of these typical spring bloomers brightening the fall landscape.

David Stevens, curator of the Arboretum’s Longenecker Horticultural Gardens, cares for and keeps track of the over 4,000 plants in the gardens. He has been keeping an eye on the lilacs — one of the largest displays in North America, with more than 400 plants representing 273 different types — and knows exactly what is causing this surprising bloom.

Stevens says while shortening days are the cue that triggers winter dormancy in plants, the process can be disrupted by stressful growing conditions. The abnormally dry, hot summer we had caused many lilacs to lose leaves and enter stress-induced early dormancy. The late rains we received, combined with our recent above-normal temperatures, created the perfect recipe for the lilacs to re-bloom this October. In part, the lilacs are hedging their bets and “think maybe Armageddon is coming, the end may be near. So, they are making an attempt to reproduce before they die” by producing a few fall blooms.

While this phenomenon is not uncommon, this year’s rebloom is extreme and is playing out throughout southern Wisconsin. 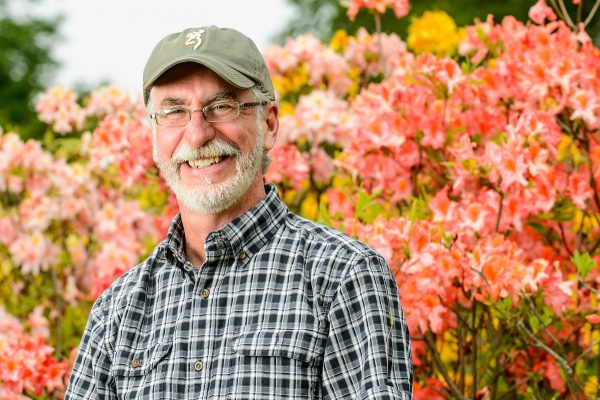 David Stevens, curator of the UW Arboretum’s Longenecker Horticultural Gardens at the University of Wisconsin-Madison, is pictured on June 3, 2015. (Photo by Bryce Richter / UW-Madison)

So are there consequences of this rebloom? Yes and no. Lilacs set their flower buds in early summer, directly after they stop blooming. The lilacs flowers blooming now will take away from the overall bloom next spring according to Stevens, so those plants will have a diminished flower display in 2022. However, the plants are only opening a portion of their flowers and there will still be a substantial number of blooms next spring. And this fall’s late bloomers are providing local pollinators another little feast of nectar and pollen before they go into dormancy for the winter.

There are additional consequences to these irregular weather patterns besides just the late blooming lilacs. A similar anomaly can be observed in fall leaf colors this year. A lot more trees have stayed green because of the higher temperatures and late rains. When the first hard freeze comes, Stevens says, many leaves will die and drop green or brown without first developing brilliant yellows, reds, and oranges. 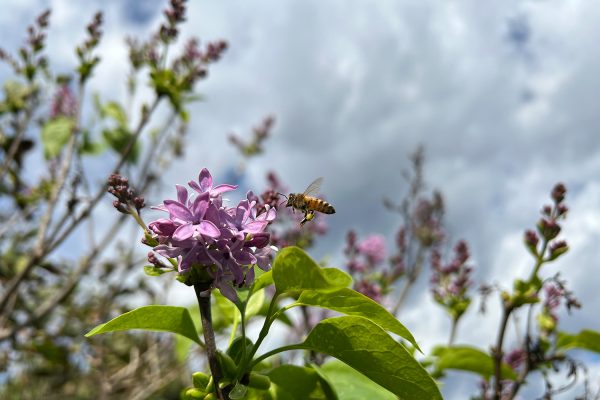 A honey bee takes advantage of lilacs blooming out of season to get a late fall meal. (Photo courtesy Susan Day / UW Arboretum)

Fruit crops have also been hit hard with the atypical weather. According to Stevens, some Wisconsin apple farmers got only half or less of their usual crop due to patterns in the apples’ flowering cycles being set off-kilter by warm temperatures early in spring followed by a late hard freeze which destroyed flowers before they could set fruit. This has caused apple prices to rise. Grape crops have experienced similar consequences from these temperature shifts.

When it comes down to it, the frequency of these unusual phenomenons are attributable to climate change.

“There is a reason we are seeing this kind of warmth this time of year,” Stevens says. “The lack of rain one year, with excessive rain the next — we are seeing these larger extreme weather events occur more frequently.”

For the Arboretum, “the biggest fear is extreme temperature fluctuations over short periods during the winter. During the winter of 2018-2019 we experienced temperature shifts of 50 to 70 degrees within a 12- to 24-hour time frame, and as a result, many trees and shrubs suffered extensive damage,” says Stevens. “Recurring extremes like these may be hard for some plants to overcome.”

So while for now the lilacs are somewhat stable, and the crops may bounce back next season, these phenomena are only becoming more frequent and severe. Eventually, Stevens believes, there could be serious economic impacts not only for the producers of various crops and plants, but for consumer prices and the overall health of the planet as well.