“It’s much easier to predict the election than a lot of things,” says Laura Albert McLay.

The election of the president of the United States, she means. Which seems surprising, even coming from a professor of industrial and systems engineering who models complex systems like emergency services and healthcare in her research.

Even when predictions seem so … certain.

FiveThirtyEight’s “Now-cast” from the morning of Aug. 16

“It is simple in some regards,” Albert McLay says. “Because there is just one election, and you win each state all-or-nothing, and most aren’t even in play.”

That doesn’t keep people from hanging on the subtle shifts of victory percentages and watching red bars push against blue at their favorite election oracle.

Poll-driven election forecasts run by FiveThirtyEight, the New York Times, the Washington Post, National Public Radio and the Princeton Election Consortium may leap first to the minds of casual observers of the race, but there are prominent prediction methods that don’t even bother with the candidates. Or the voters. Or the present.

Albert McLay wrote recently on her blog, Punk Rock Operations Research, about “The Keys to the White House,” a book by Allan Lichtman and Vladimir Keilis-Borok that laid out 13 relatively simple true/false questions about the incumbent president’s track record, the economy, the country’s foreign and military affairs, and more. Only three of them bother with the attributes of individual people, and then only to check off whether the sitting president is running or one of the candidates is a national hero.

Five or fewer “false” answers, and the incumbent party retains the office. Six or more, and the presidency changes hands. Pretty stark. But also pretty handy, depending on when you’re handicapping the vote.

“There are different models that are useful for different points in time,” says Albert McLay. “What’s cool about this model is you can answer these questions a year and a half ahead of the election — before you even have candidates. Models that depend on polling don’t have useful inputs before the parties have picked their nominees.”

The 13 Keys approach has served Lichtman, a history professor at American University, well. The questions have predicted correctly the popular vote in every presidential election since they were developed in 1981. And he reappears every four years or so to talk about the method and usually address a little bit of cognitive dissonance: How do you pick an election winner without talking to a voter? 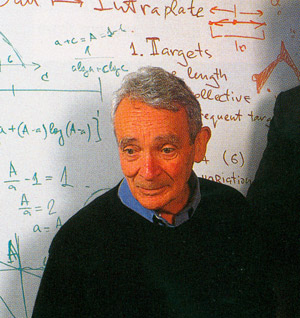 The late Keilis-Borok, whose regression analysis helped identify the Keys questions with the most predictive power, is a Russian geophysicist better known for trying to predict earthquakes. Would he have evacuated San Francisco without putting a seismometer on the ground first?

And prediction schemes get even more bare-bones. Washington Post columnist Ezra Klein has his own set of questions: Where is GDP headed? What is the president’s approval rating in June? Is the president a candidate?

Klein says those three measures would have correctly identified in advance 12 of the last 16 winners, but … that’s it?

Hang on, Albert McLay says, and think about the substance of the few questions that Keys and Klein ask. They may not directly poll voters, but they probably do assess the big issues voters reflect on before they pull a lever. (If any of them actually pull levers anymore.)

“It is a little bit more like an economic model,” she says. “Those take high-level economic indicators, kind of just ignore what’s actually going on in the system, and instead aggregate it all into some useful measure like GDP growth.”

And they seem to work. Eight times in a row for the Keys. Three out of four since World War II for Klein. 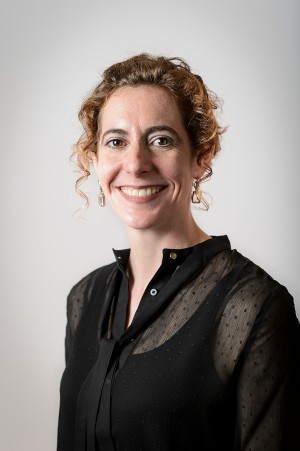 Albert McLay wonders how long that will last. The Keys worked with data gathered back into the 18th century, and the country — the world — has changed a little since then.

“We don’t see the post-convention bounces as high as they have been historically, and I wonder if we’re just so saturated with news all the time that traditional events like that don’t carry as much individual weight now,” she says. “Demographics are shifting, so fewer states are in play. And now you’re seeing third-party candidates in response to the challenger instead of the incumbent party’s candidate.”

Suffice it to say, the Klein/Keys model is not the one the professional, habitual modeler would have chosen to predict the election.

“I’d totally come up with something like what they did on FiveThirtyEight,” Albert McLay says. “You get some polls, you have an idea of who is running and who might win each state — because that’s how the election actually works. I think that’s where I’d start. I’d try to mimic the system.”

FiveThirtyEight’s approach of polls plus other factors — “their secret sauce,” Albert McLay calls it — comes with its own uncertainty, of course. Mostly about the polls. It’s getting harder to reach people for polling, and the margins for error have expanded.

“Your model is only as good as the inputs you give it,” Albert McLay says. “Some of Nate Silver’s secret sauce is adjusting for problems with the inputs.”

Shifting the typical poll question might help improve polling somewhat. There is research that shows a question like “Who do you think is going to win your state?” is more telling than the straight-up “Who would you vote for?”

“When pollsters ask you who you’re going to vote for, they have to worry about whether you’re telling the truth and — more importantly — adjust for whether they think you’re going to show up and vote,” Albert McLay says. “But if they ask you who you think is going to carry Wisconsin, then we’re all implicitly making those adjustments. A lot more synthesis goes into that. It’s a wisdom of the crowd thing.”

In this election, most of the predictors have already formed a crowd, with Hillary Clinton predicted to prevail over Donald Trump.

“I was looking at the different forecasts today, and they’re all kind of similar,” Albert McLay says. “There’s always somebody who just looks at all the political experts, and thought Romney was going to win last time. But that was just the one. And it wasn’t the right one.”