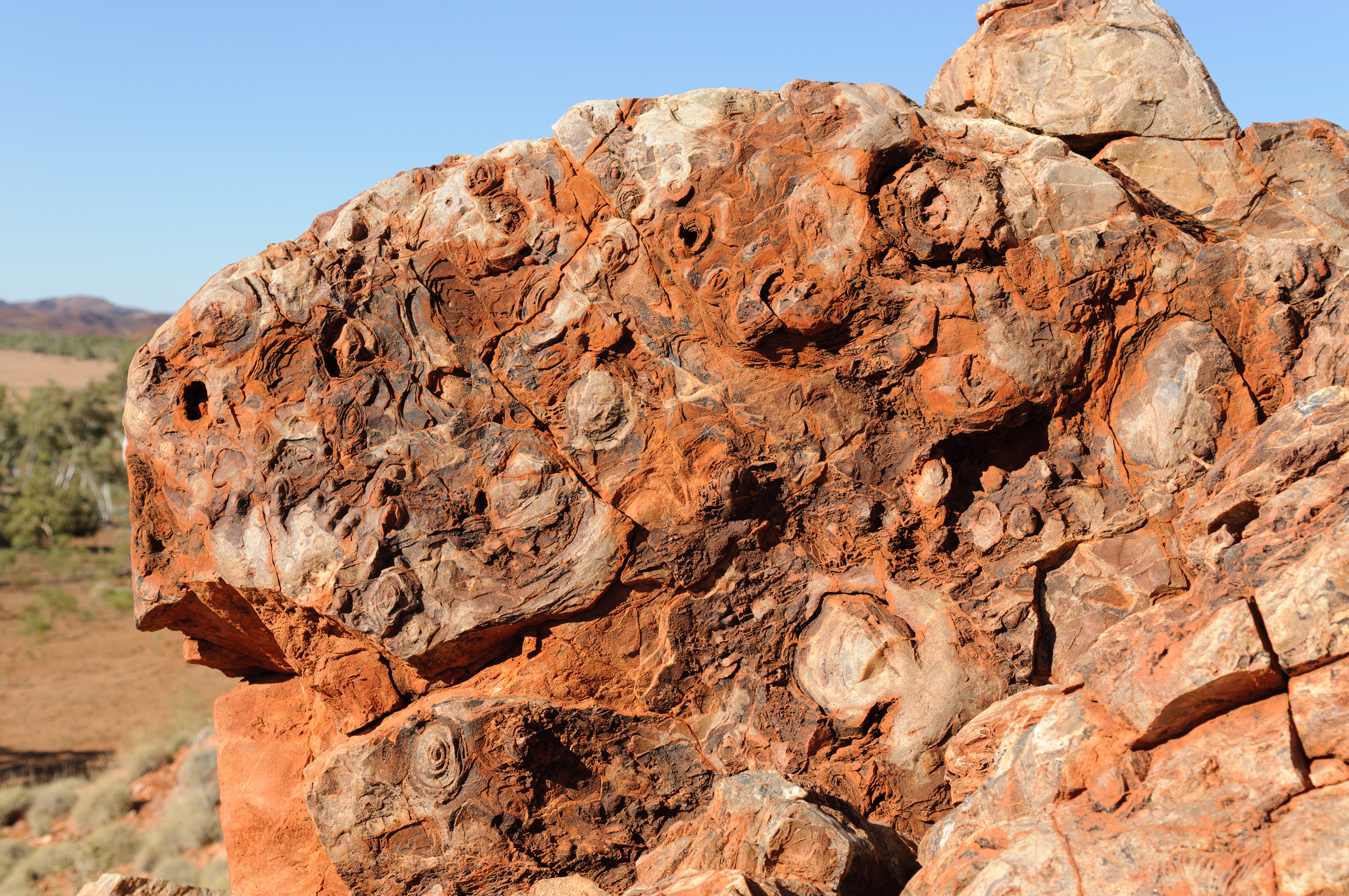 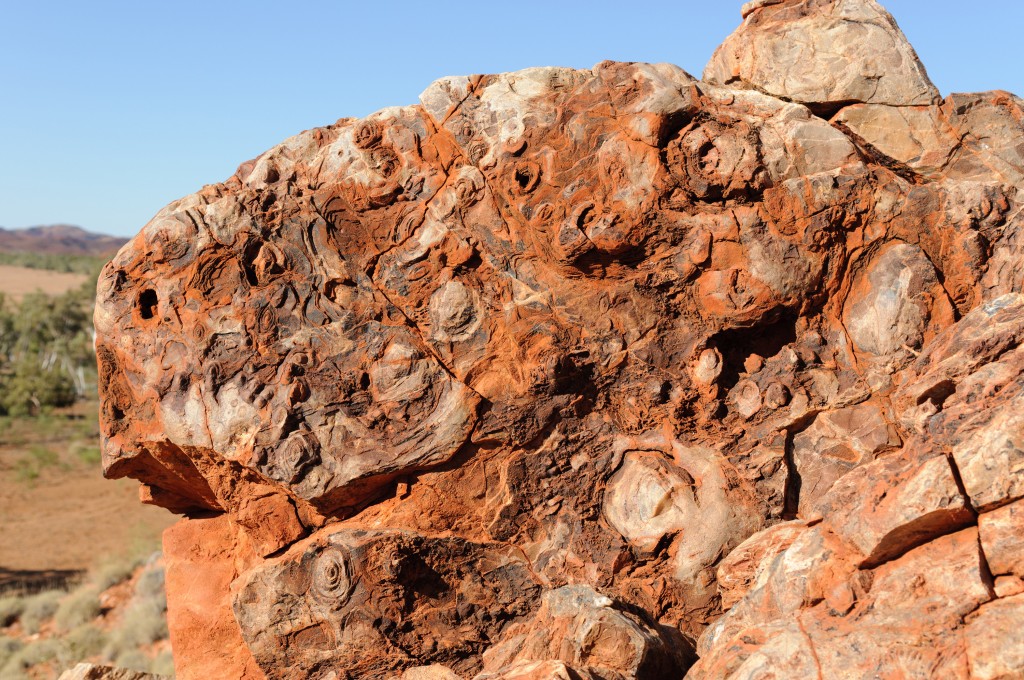 These fossilized microbial mat, called a stromatolite, grew in a tidal flat 3.4 billion years ago. This structure tilted over geologic time we look sideways to see the top of the mat. All photos courtesy Clark Johnson.

Astrobiologist Clark Johnson shares the starring role in a new PBS video about life in space with Dundee Mountain, a site in eastern Wisconsin renowned for lights at night called “The UFO capital of the world.”

UFOs do not interest Johnson, a professor of geoscience, even though the search for life in space — wanted dead or alive — is his day job. Johnson, director of the Wisconsin Astrobiology Research Consortium, searches for chemical “biosignatures” in rocks. He recently found that single-celled organisms have made phenomenal changes in the landscape — up to and including making half of the iron ore that built a bridge you may have crossed today. 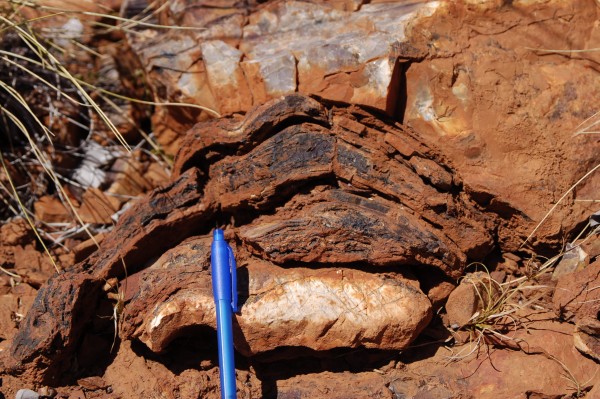 This is a fossilized microbial mat (stromatolite) from 3.5 billion years ago. Found in the Pilbara region, Western Australia, it’s the oldest accepted date for these important relics of ancient life. Johnson’s WARC colleagues are looking at the microfossils in these old stromatolites to confirm they are indeed microfossils and to understand the chemistry of the organic matter as clues about their metabolism. 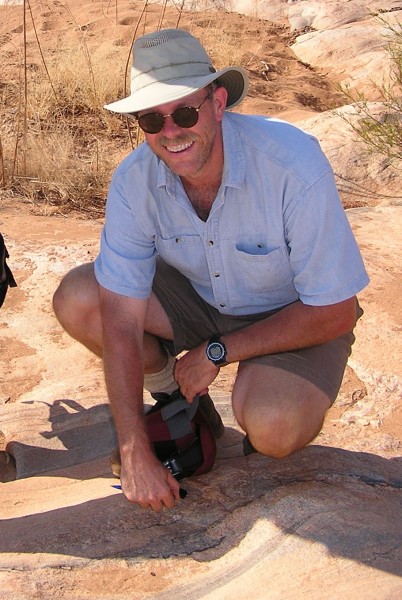 We asked if Johnson is lonely; eager to find company in the universe. “It’s not so much about wanting company,” he says. “It seems so unlikely that we would find all these habitable planets but that none has evolved life. It seems crazy, but the real test is proving that.”

Other researchers in WARC work on ancient, microscopic fossils or tests of the survival of organic compounds in Mars-like conditions or during interplanetary transport.

The discovery of hundreds of planets in the habitable zone of their stars by the Kepler telescope “really argues that life should be common in the universe,” Johnson says. “The big unknown is how often a planet evolves past the microbial stage. The big issue is intelligent life vs. just life.”

Earth is the only reference point for how life evolved, but it can be misleading: life on other planets may arise at a vastly different rate. “There is no guarantee that the planets will follow Earth’s path; it would be pretty surprising if they did,” Johnson says.