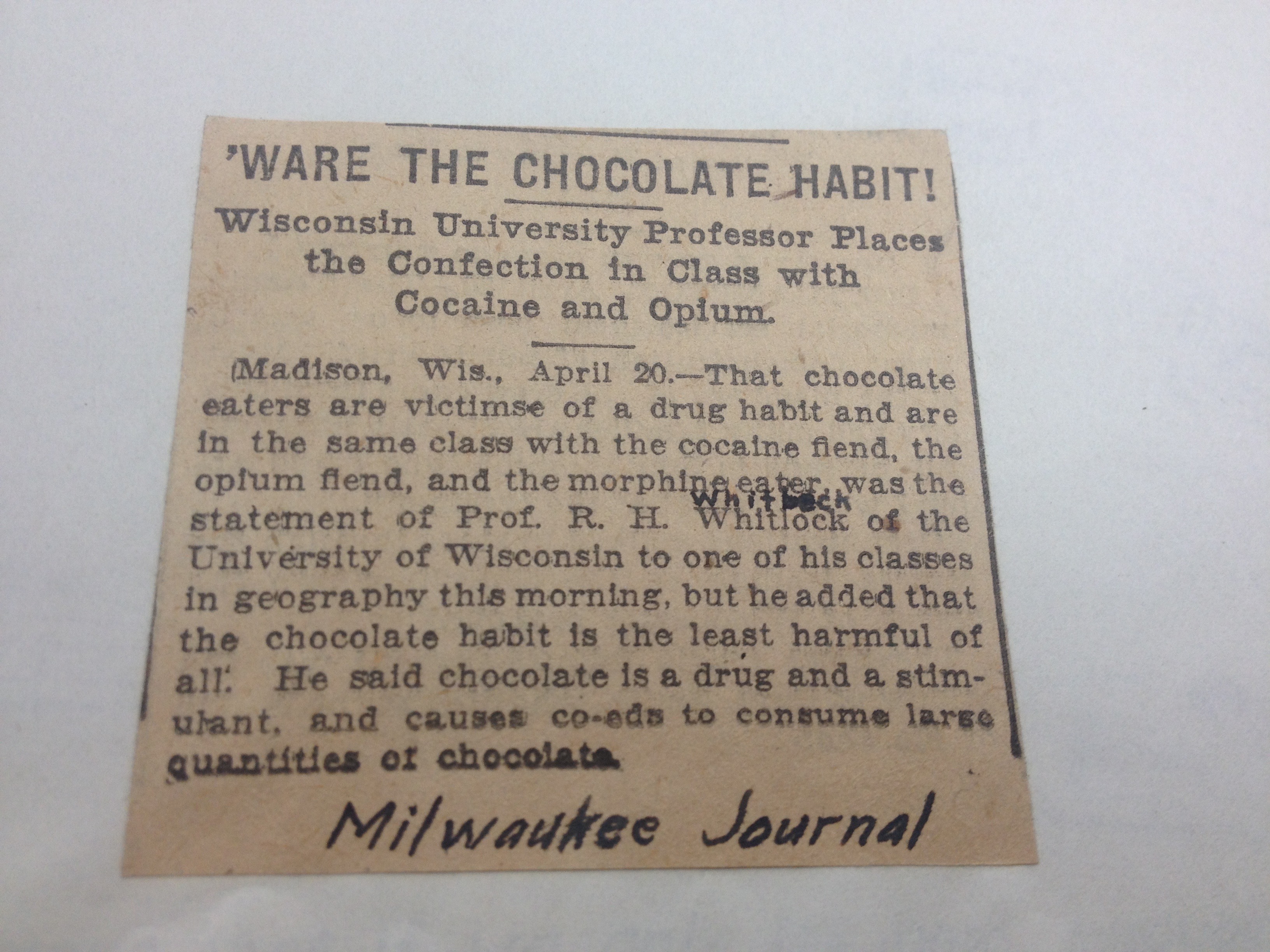 Home » Health » Chocolate, for better or for worse 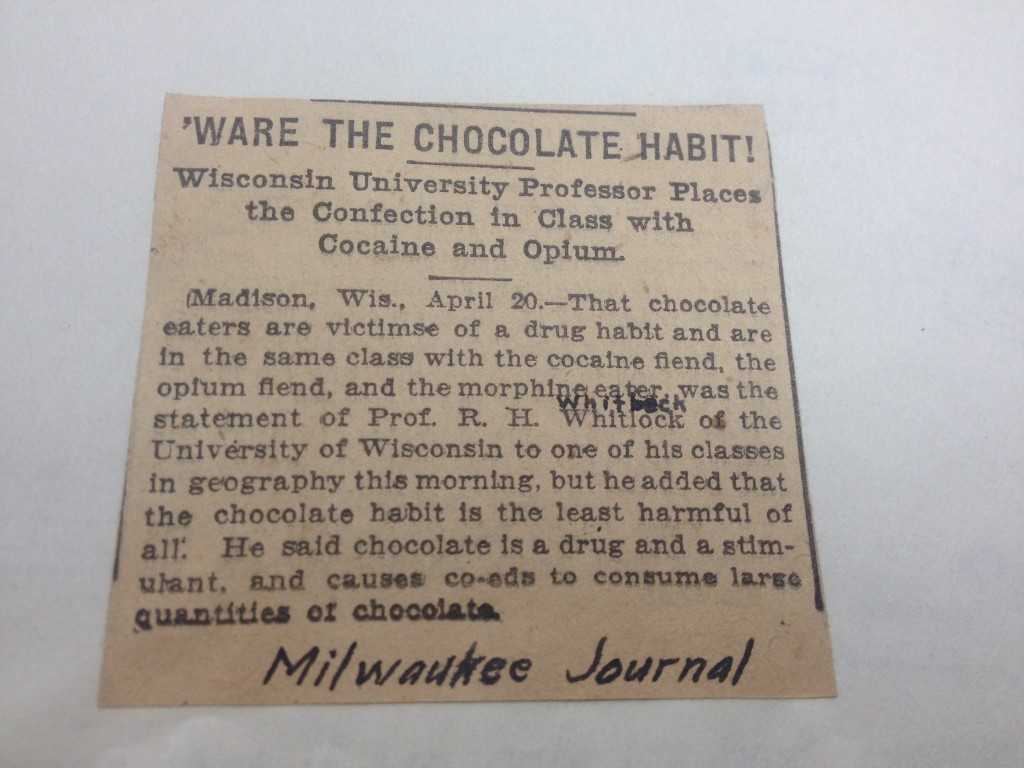 A warning for those who love chocolate//Credit: Kelly Tyrrell

Late last week, a well-known science writer and scientist revealed he’d duped the science communication community (and in effect, the public, too) by publishing a terribly conducted study in an illegitimate, pay-to-play scientific journal on the health benefits of consuming chocolate.

John Bohannon, the “Gonzo scientist” as he likes to call himself, published his reveal on the online news site io9, in an article aptly named: “I fooled millions into thinking chocolate helps with weight loss. Here’s how.”

Bohannon, who was a science writer in residence at UW-Madison in 2010, came under fire for his decision to engage in something ethically questionable and for the conclusions he made about science journalism in the wake of his so-called “sting operation.”

So I found it laughably coincidental that, while sifting through historical records this week for an On Wisconsin Magazine story about Wisconsin’s most famous mastodon(s) I came across a dubious chocolate claim made 100 years ago by a UW-Madison geography professor. 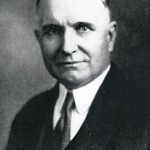 According to this 1915 article in the Milwaukee Journal (preserved in The Outcrop, a yearly scrapbook of sorts put together annually by the Geology Club in the early days of the Department of Geoscience), Professor R.H. Whitbeck (and not Whitlock) said people with a frequent chocolate habit were akin to those who do cocaine and opium. Though, as the article says, the good Professor Whitbeck called it “least harmful of all.”

We all have friends who claim to be chocolate addicts. Perhaps they are on to something. Or, perhaps Professor Whitbeck was one of his era’s “Gonzo scientists.” We shall never know.