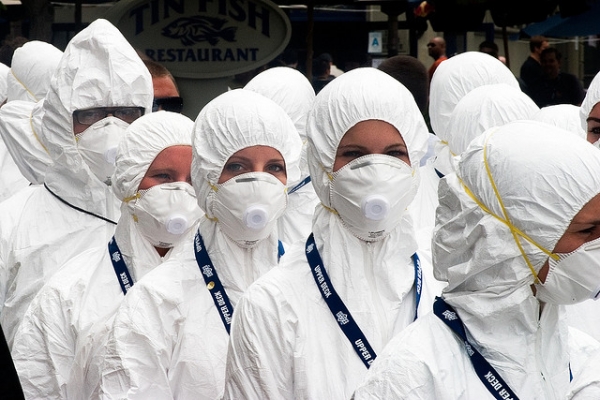 Beyond the horrific headlines of Ebola, virology is being done almost in real time. Consider a new report about pegivirus GBV-C in Sierra Leone. You haven’t heard of it, but this relatively unknown virus seems to alter the immune response to HIV and cut the death toll. Now, according to the report, pegivirus may also reduce the mortality rate of another disease with an exuberant immune response: Ebola.

But this pegivirus is more prevalent among people aged 21 to 45, while Ebola is typically most deadly among older people.

Thus, senior author David O’Connor, a virologist in the department of pathology and laboratory medicine at the University of Wisconsin-Madison, and his colleagues could not definitively link pegivirus to the lower death rate. He also cautions that “this provocative result examined only 49 patients where Ebola outcome, GBV-C status, age, and sex were known. Hopefully this will motivate others to look at larger cohorts as samples become available.”

Still, the study reminds us that not all viruses are bad; some may help your health. Indeed, O’Connor, who is also at the Wisconsin National Primate Research Center, says if further studies confirm this one, deliberate pegivirus infection may be used to “dampen” the immune system when its hyperactivity contributes to disease from Ebola or other viruses.

Will Ebola change over time?