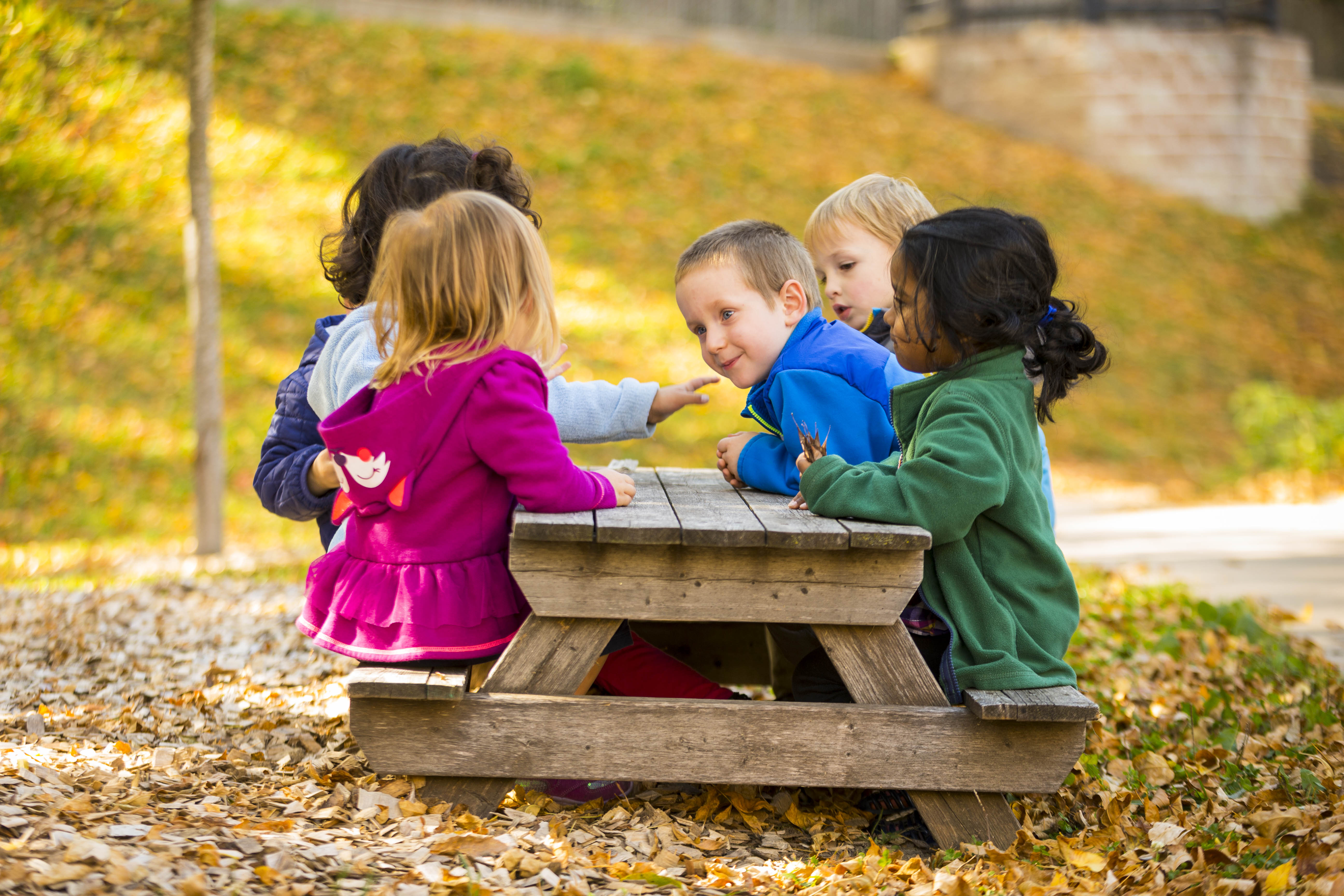 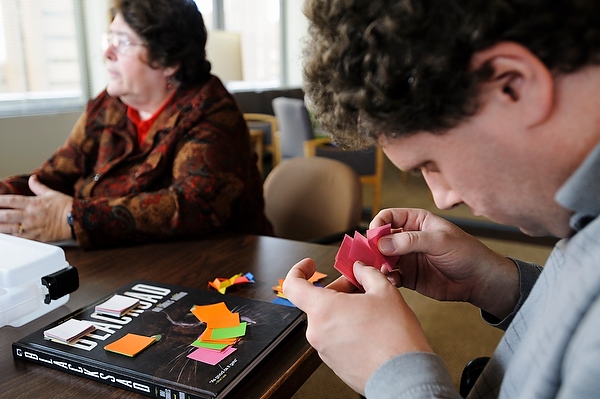 Maternal positivity, or how optimistic and encouraging a mother is in relation to her child, increases the chances an individual with ASD will show consistent improvement of behaviors and symptoms throughout adulthood. Pictured are Matthew Ward and his mother, Nancy Alar. Ward is an artist and an alumnus of UW-Madison. Diagnosed with ASD, he has successfully transitioned to adulthood.//Photo: Jeff Miller, UW-Madison

The following is a guest post from Adityraup “Rup” Chakravorty, Waisman Communications:

>As children with autism spectrum disorder (ASD) transition to adulthood, many see an appreciable improvement in their symptoms. But the degree of improvement varies greatly.

Years ago, researchers at the Waisman Center at the University of Wisconsin-Madison began to wonder, could these differences in how much an individual’s ASD symptoms change depend on their experiences while growing up? If so, could well-designed interventions provide a lifetime of meaningful and steady progress for individuals with ASD?

To begin to answer these questions, Ashley Woodman, now at the University of Massachusetts Amherst, and previously a postdoctoral researcher at the Waisman Center’s Lifespan Family Research Program, led by Marsha Mailick and Jan Greenberg, studied 364 families who had been followed for more than a decade. Each family included a child with ASD who was at least ten years old.

The researchers found that a positive emotional climate at home and inclusive educational experiences at school can have long-lasting beneficial effects for children with ASD. The results were published this August in the Journal of Autism and Developmental Disorders.

Unlike previous studies, which examined just single behaviors – like the ability to perform daily tasks – Woodman and her colleagues studied three different behavioral variables for their analyses: 1) challenging behaviors, such as being uncooperative or disruptive, 2) the severity of autism symptoms and 3) independence in activities of daily living, from making a sandwich to handling finances. Woodman says, to her knowledge, the study is the first to combine variable-centered and person-centered approaches.

“By thinking about several kinds of behaviors, or variables, we can begin to look at the person as a whole,” says Leann Smith, a researcher with the Lifespan Family Research Program and a co-author of the study.  Taking this ‘person-centered’ approach is important, she says, “because that’s how we all travel through life; we have many strengths and some areas of challenge.”

The researchers established individual trajectories for each person in the study, determining whether their autism symptoms were becoming more or less severe, and whether they demonstrated improvements in their ability to perform daily activities. They then used statistical tools to fit these trajectories into groups.

One group showed consistent improvement over time: reduction in ASD symptoms, fewer challenging behaviors and an increased ability to perform daily activities. A second consisted of individuals whose behaviors didn’t change much over time. At least over the years studies, no group showed functioning that worsened.

“That’s a message of hope to individuals with autism and their families,” Woodman says.

The researchers were determined to go beyond describing the two groups. They also wanted to find ways to predict which group an individual with ASD might end up in, and they were particularly interested in the effects the environment played as children with ASD developed into adults.

“We are never just a person in a void; we are always a person in a context, some sort of setting or situation,” says Smith. “We can’t pull ourselves apart and be entirely separate from the places we go, the people we interact with, and the things we see or experience.” 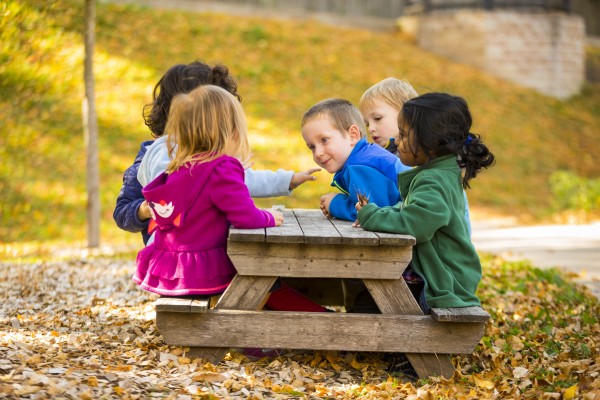 Preschoolers of all abilities learn and play together at the Waisman Early Childhood Program. Individuals with ASD who had experienced any form of inclusion while in school were between three and five times more likely to show behavioral improvements over time, compared to individuals who had not spent any time in an inclusive school environment. This study provides good evidence that investing in inclusive education has decades-long pay-off for individuals with ASD and society.//Photo: Andy Manis

Waisman researchers focused on two environments that youth are most often immersed in: their families and their schools.

“We measured the positivity of the family environment and the extent to which the child was included in ‘regular’ educational settings rather than segregated in special education,” says Mailick.

Maternal positivity – or how optimistic and encouraging a mother is in relation to her child – increased the chance an individual with ASD would belong to the group that showed consistent improvement of behaviors and symptoms.

Those who experienced any form of inclusion in school were also three-to-five times more likely to be a member of the group that showed behavioral improvements over time, compared to individuals who had not spent any time in an inclusive school environment.

Crucially, “these powerful positive effects, both within the family and in schools, were important regardless of level of intellectual disability,” says Woodman, and it shows that modifying the environment of an individual with ASD may impact their outcomes in the long run.

“This research is a message of hope that says that families can truly make a difference in the lives of individuals with autism,” says Mailick. “It also highlights the importance of providing support to families to help maintain this positive home environment.”

Mailick also says that the study provides good evidence that investing in inclusive education has decades-long pay-off for society.

When young, the brain is relatively plastic and able to change. A child’s environment is known to play a large role during this period of brain development, but “what we have shown is that it continues to matter for how people change as adults,” says Smith.

The study also highlights the importance of longitudinal research for science and public policy, Mailick says. “At each time point during the course of the study we would have seen only a snapshot and may have missed some of the critical broader implications we discovered,” she says, “but by studying trajectories of development over many years, we develop a much more complete understanding of how earlier experiences lead to later outcomes, and affect quality of life.”

Among future goals, Smith and her colleagues at the Lifespan Family Research Program hope to more precisely understand the effect of inclusive education. Upcoming studies will explore how the quality of educational experiences in different settings and their timing affect individuals with ASD.

In partnership with the University of North Carolina at Chapel Hill and San Diego State University, Smith and other Waisman researchers are also working with 20 high schools across Wisconsin to provide professional development opportunities to school-wide teams, with the intent of bolstering their ability to support individuals with ASD throughout educational experiences.

“This study shows that an inclusive educational context can be hugely beneficial to individuals with ASD,” says Smith “and we want to support schools as they include students with ASD in general education settings.”