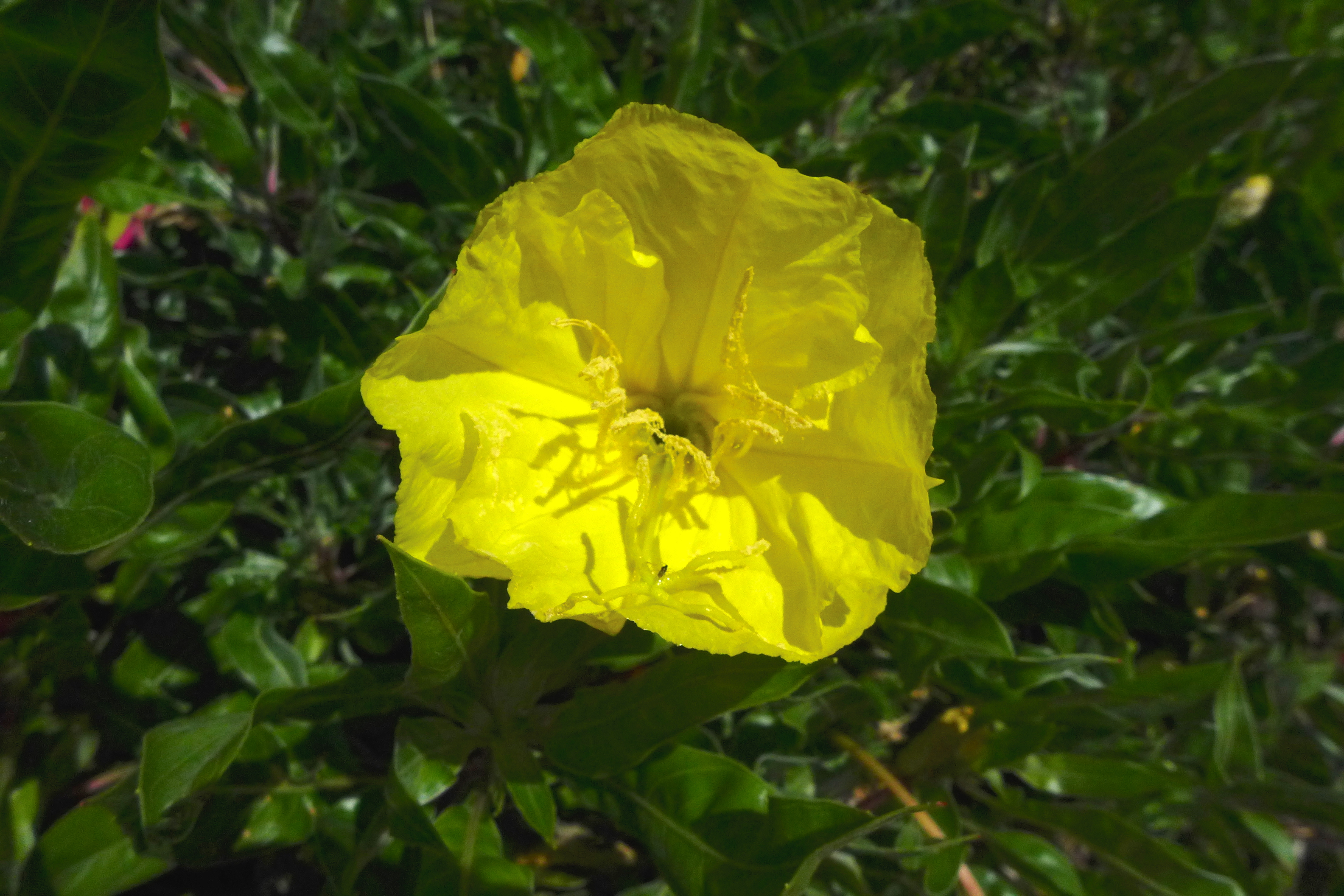 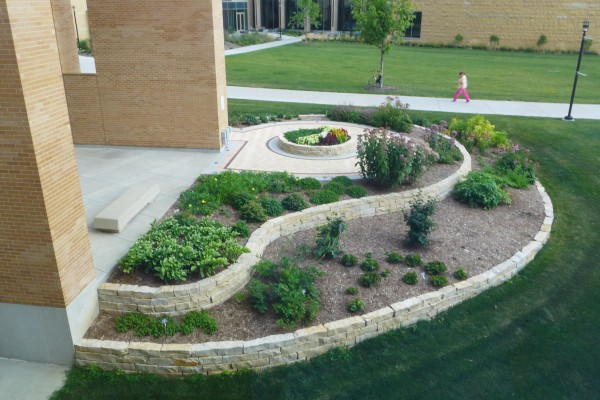 The pharmacy garden outside Rennebohm Hall hosts a couple dozen plant species that are traditionally used for depression, anxiety, menopause, fever, gout and rheumatism. The point, says garden initiator Jeanette Roberts, a professor of pharmacy, is to show how the roots of many medicines lie in the plants around us. UW-Madison researchers are working to discover new meds in bacteria and marine life. 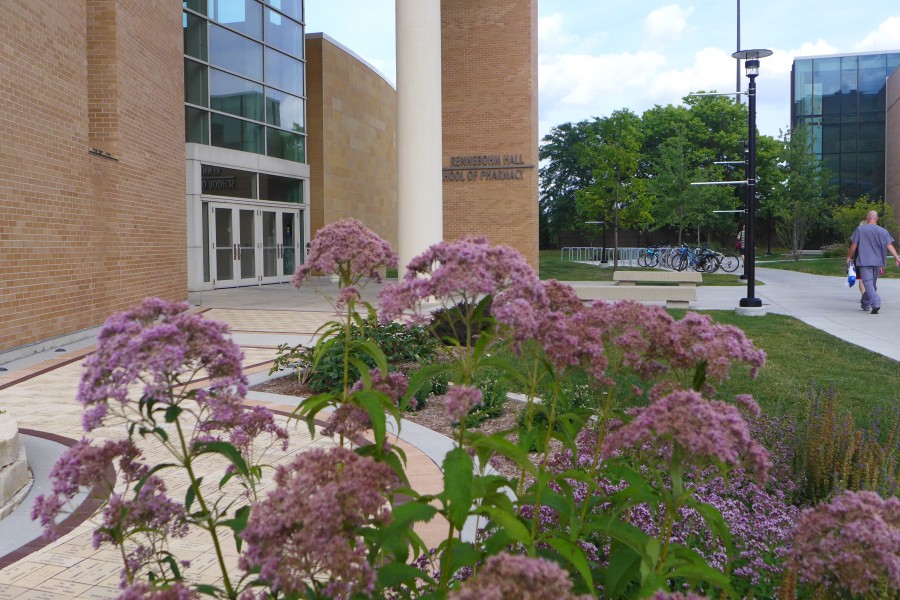 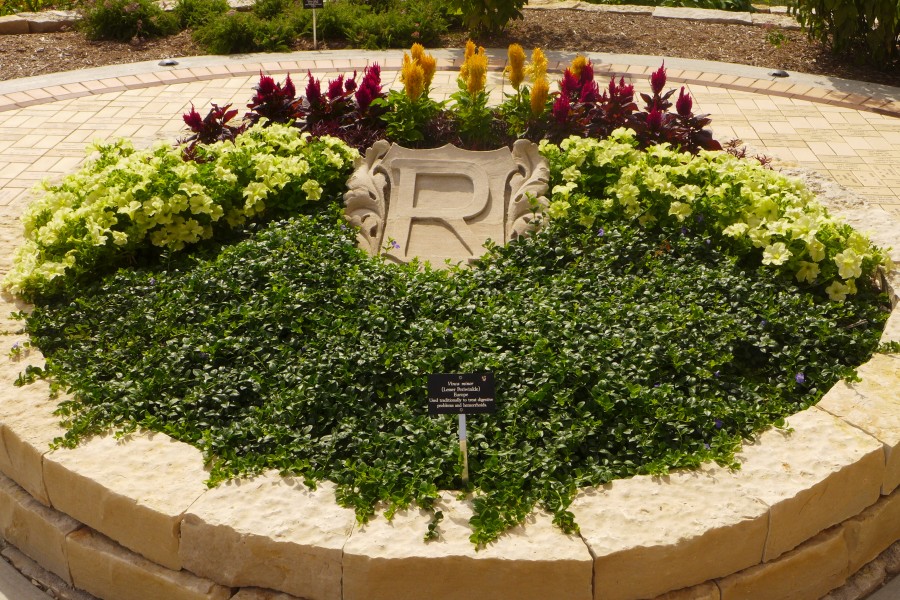 Center of Pharmacy Garden contains a logo from a Rennebohm's drug store, namesake of the Pharmacy building. The first pharmacy garden in the nation began at UW-Madison more than 100 years ago at the Wisconsin Pharmaceutical Experiment Station. 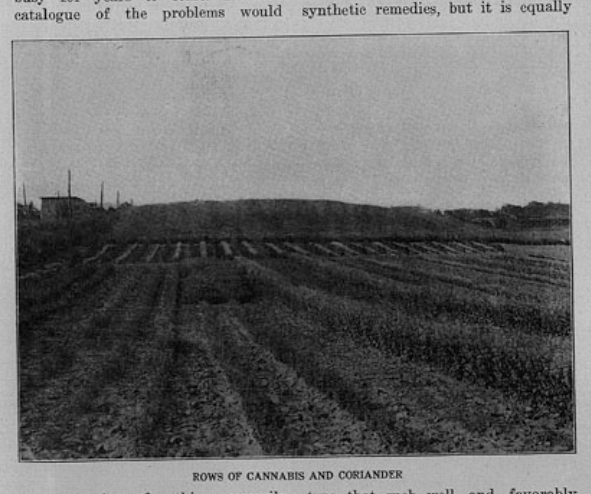 Cannabis was legal when this photo was taken, though we don't know why it was grown. Source: The Wisconsin Alumnus, Dec. 1914 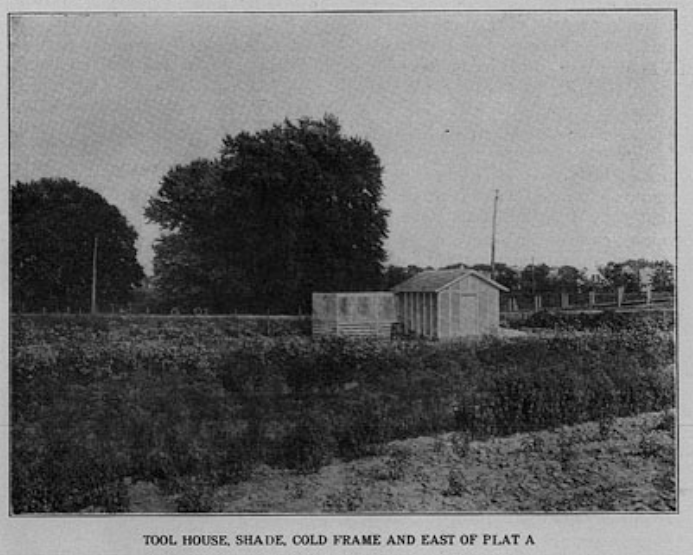 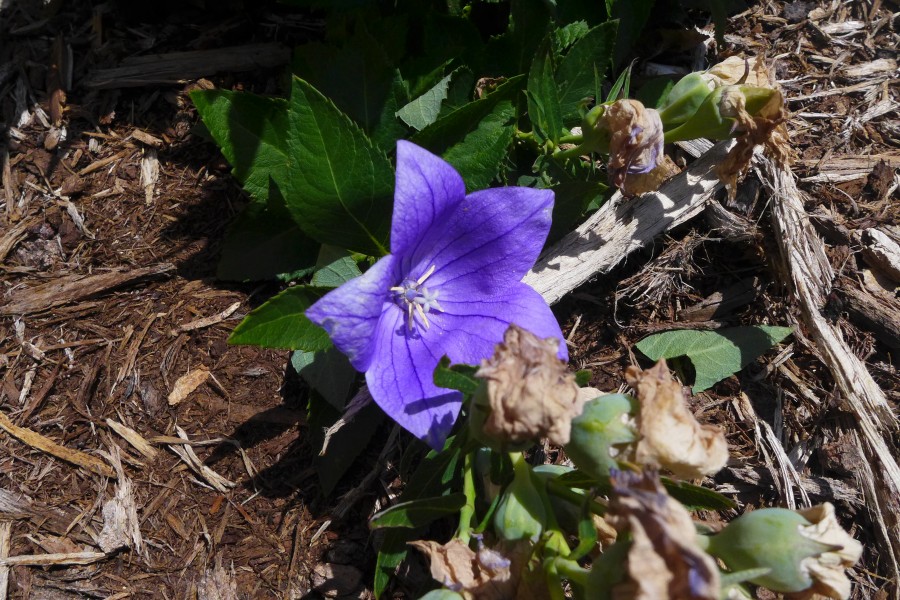 Balloon flower, Platycodon grandiflorus, from Asia, was used to treat the common cold. 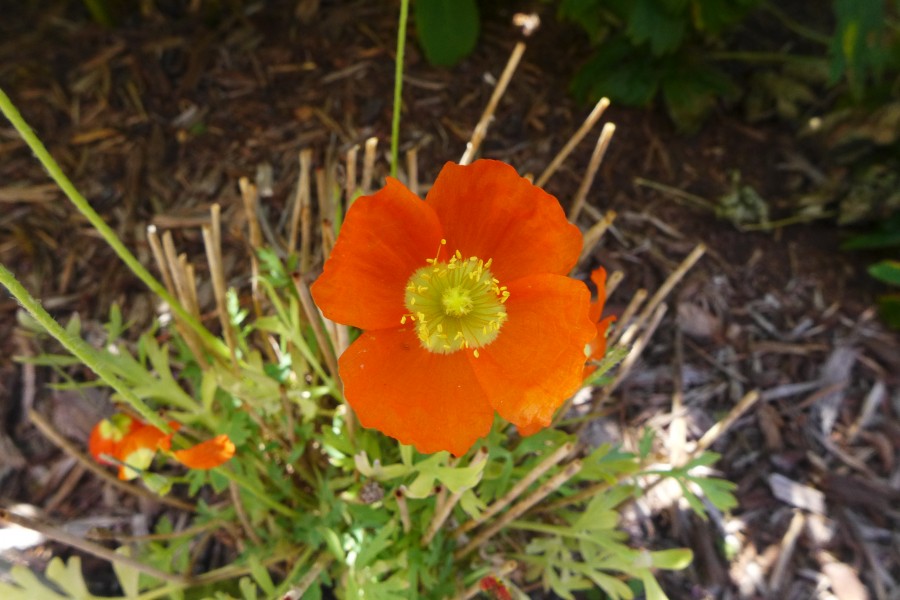 Oriental poppy, Papaver orientale, from western Asia, is related to the opium poppy, original source of the pain-relieving opiate drugs. 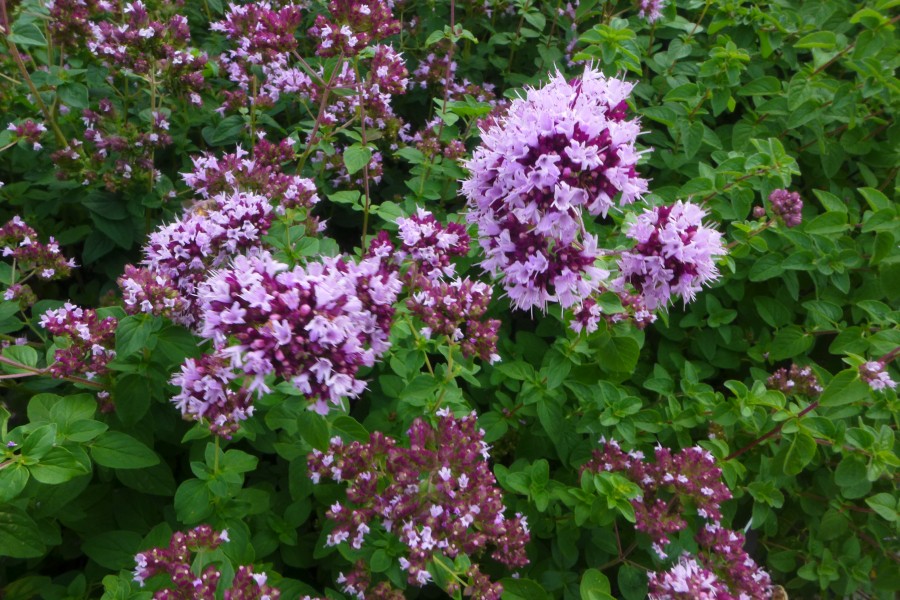 Valerian officinalus, garden valerian, is used as a tranquilizer. It comes from Europe and Asia. 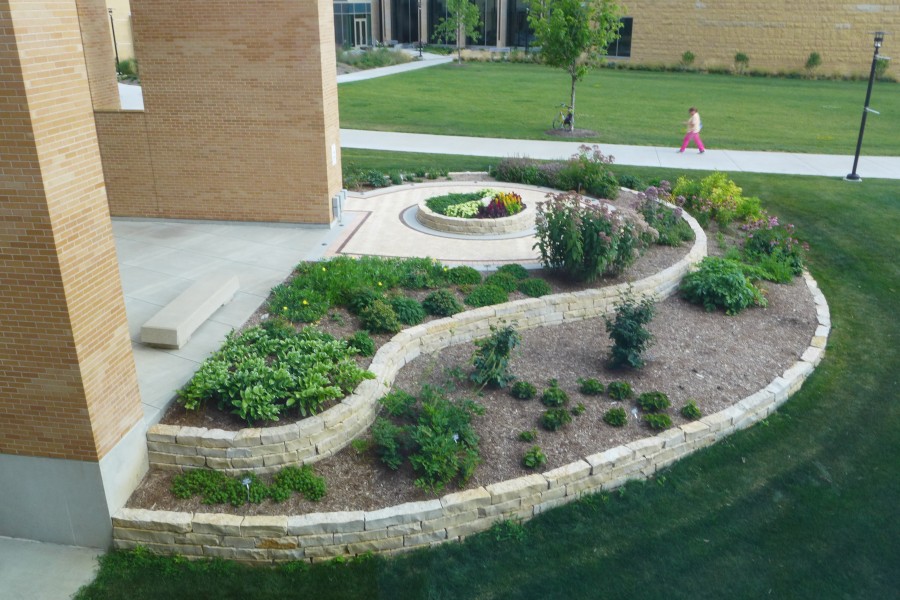 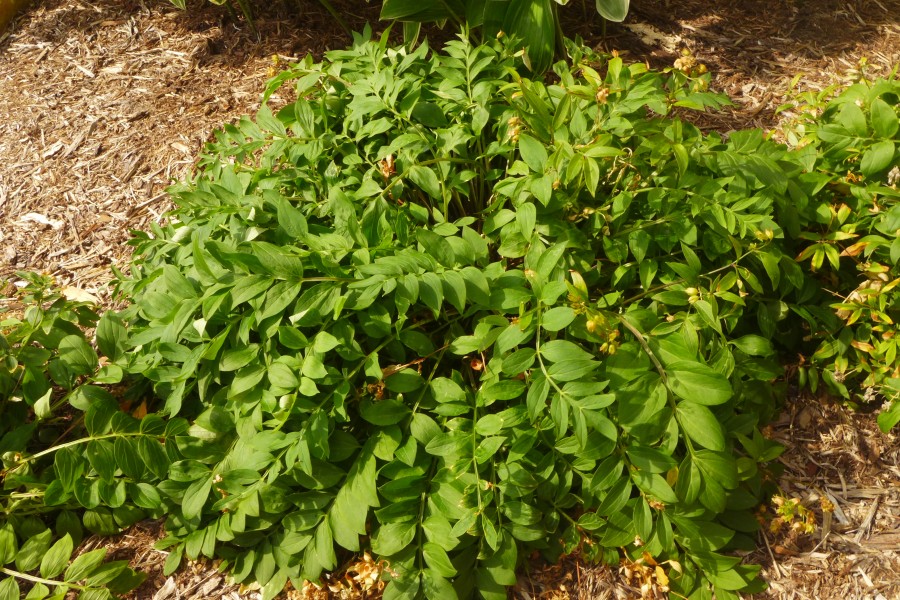 The whole plant of Jacob's ladder, Polemonium caeruleum, was used as an astringent. 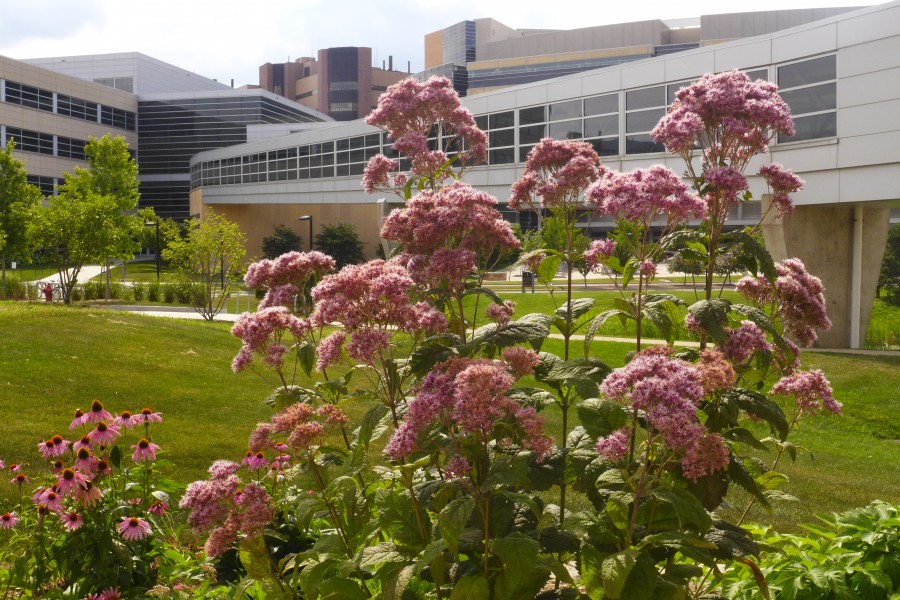 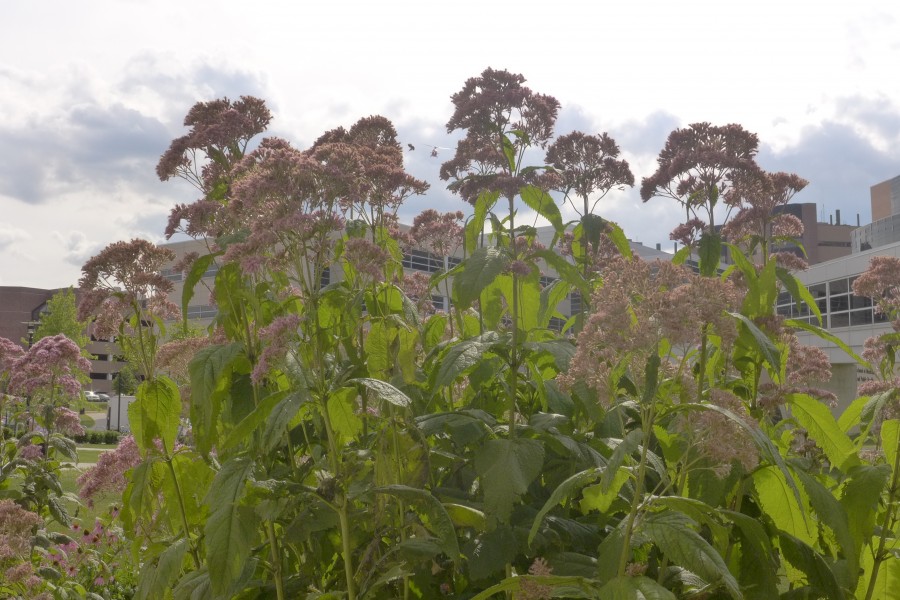 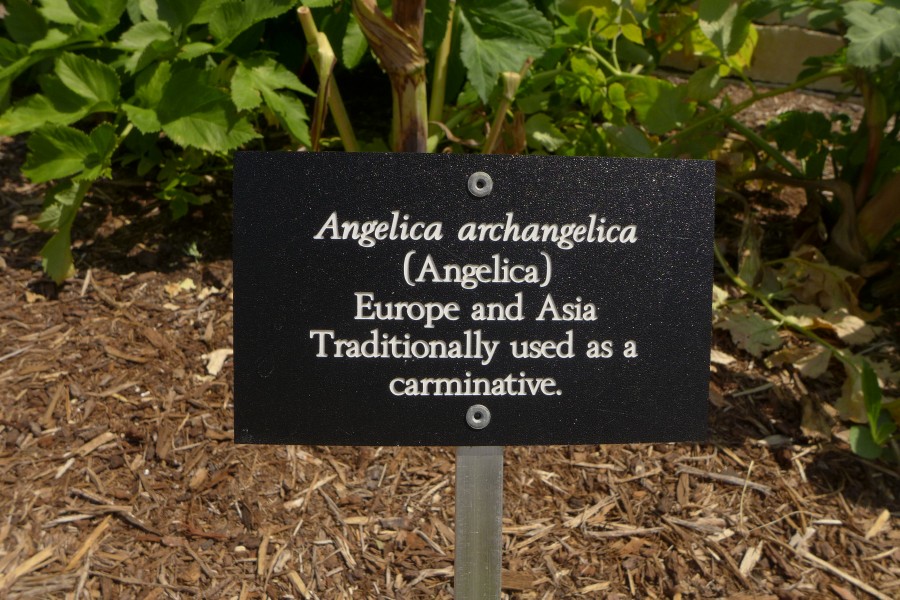 Labels at the garden rely on old-fashioned medical terminology. A carminative "is an herb or preparation intended to either prevent formation of gas in the gastrointestinal tract or facilitate the expulsion of said gas, thereby combatting flatulence." That's from Wikipedia (we didn't know what it meant, either!) 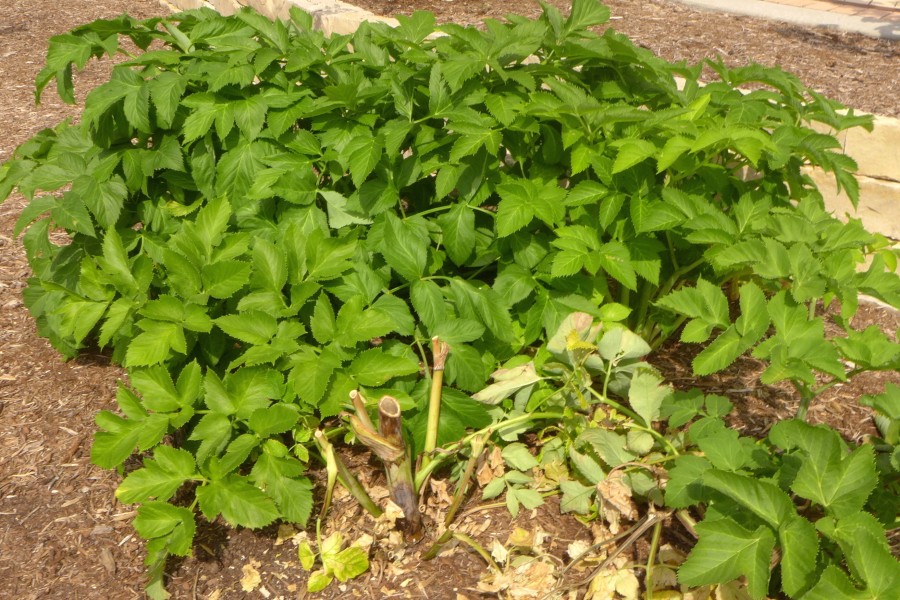 Angelica is a traditional medicine in Scandinavia, its native region. 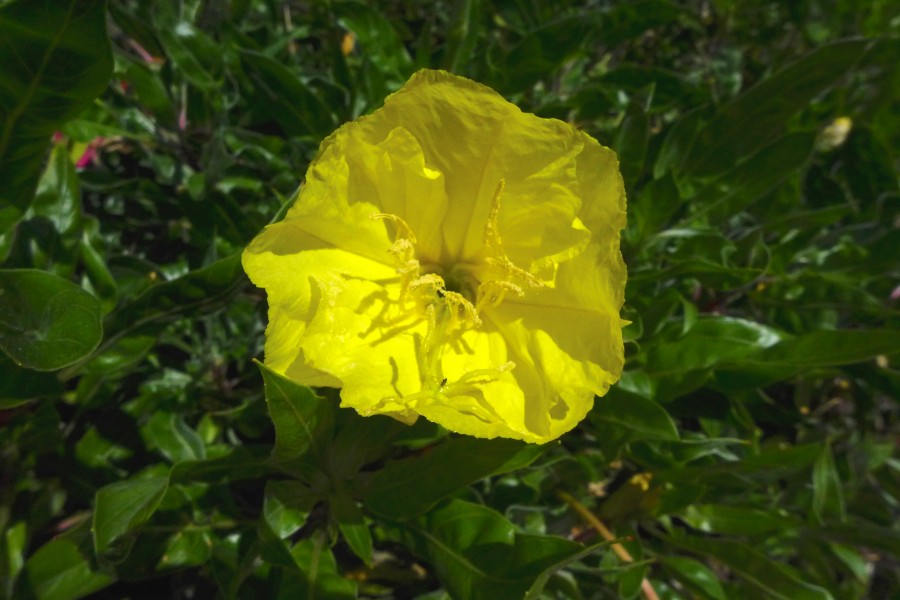 The Missouri evening primrose, Oenothera macrocarpa, was once used to treat indigestion. 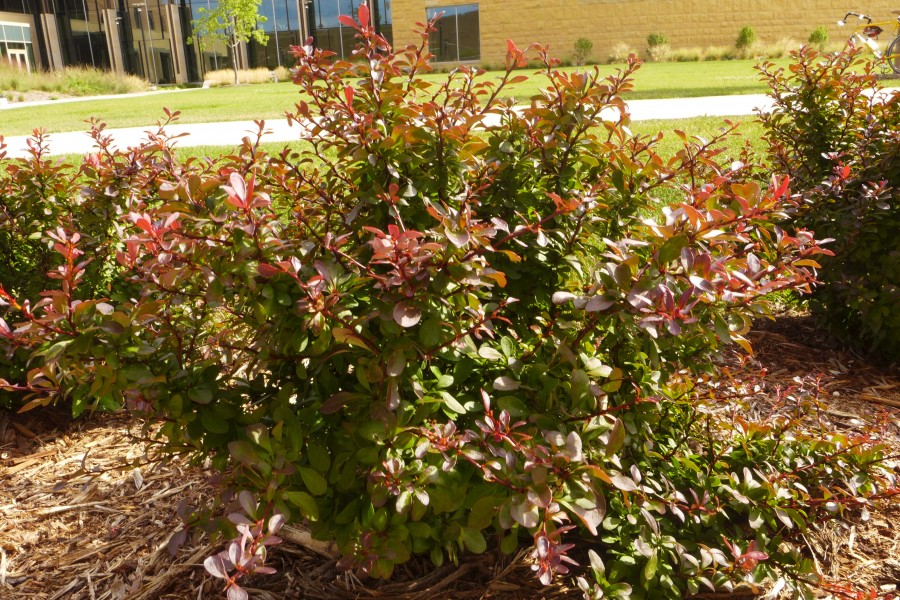 Red barberry, Berberis thunbergii, was used as an anti-bacterial and anti-inflammatory. 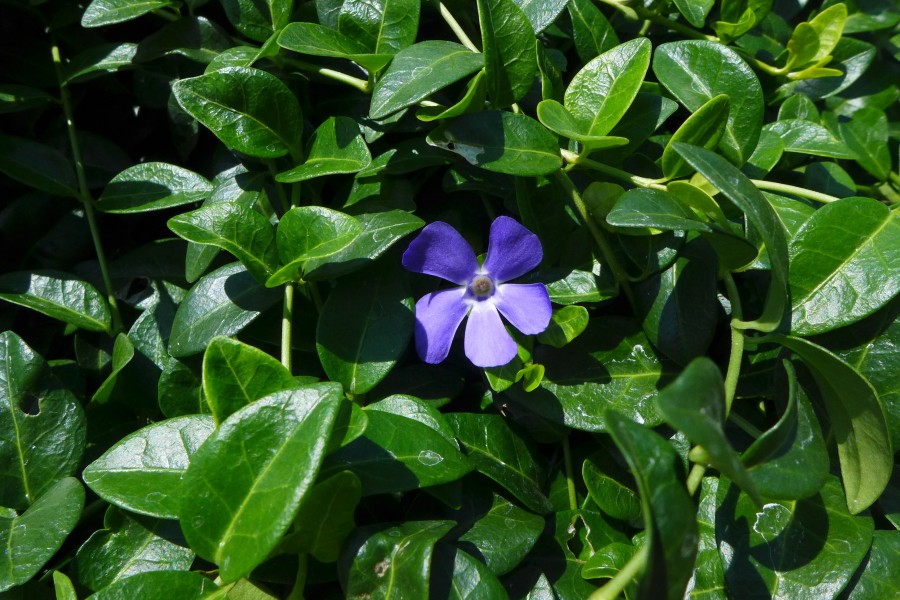 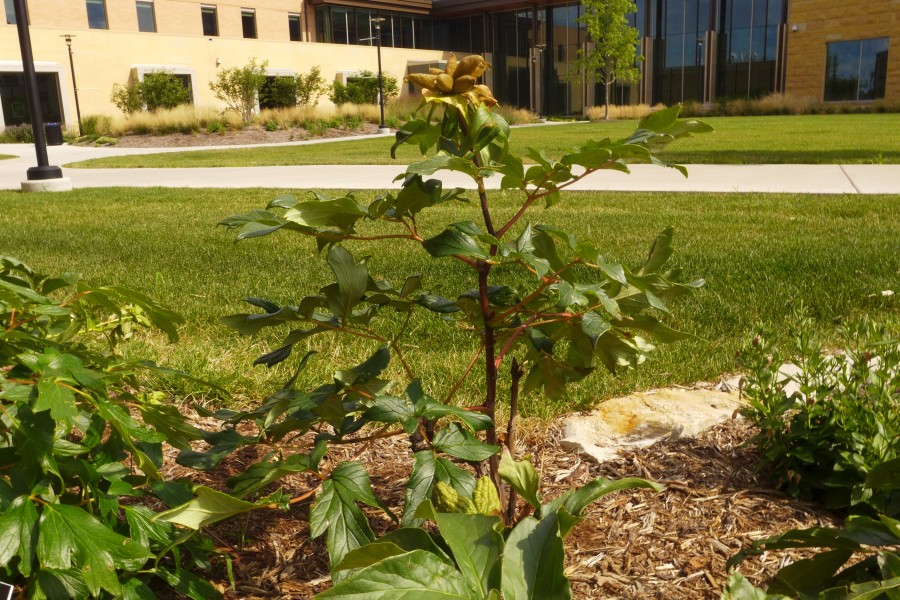 Tree peony, Paeonia suffruticosa, was traditionally used as tonic; it had many applications in Chinese medicine. 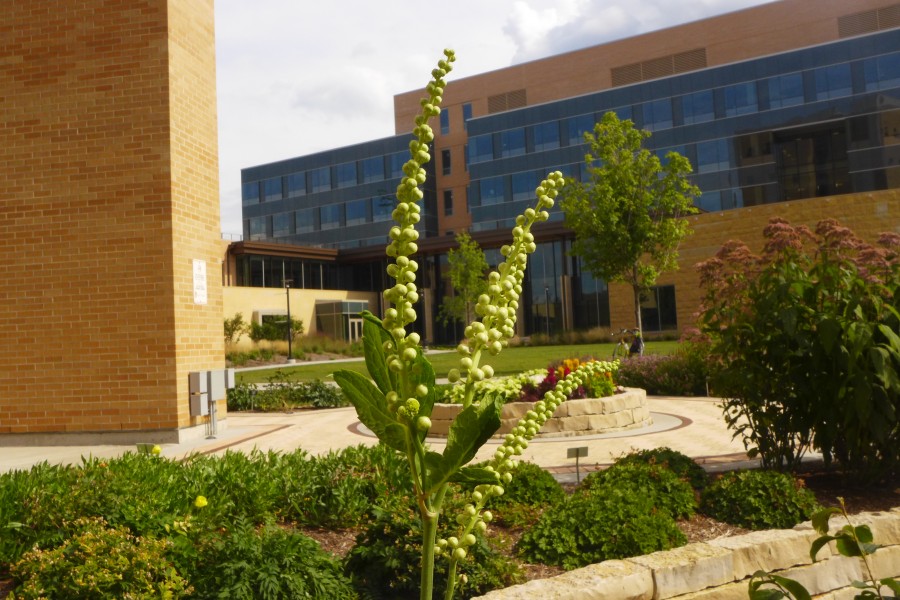 When steeped in milk, roots and rhizomes of black snakeroot, Cimifuga racemosa, were used to relieve nerve and muscle pain. Signe Skott Cooper Hall, home of UW School of Nursing, is in background. 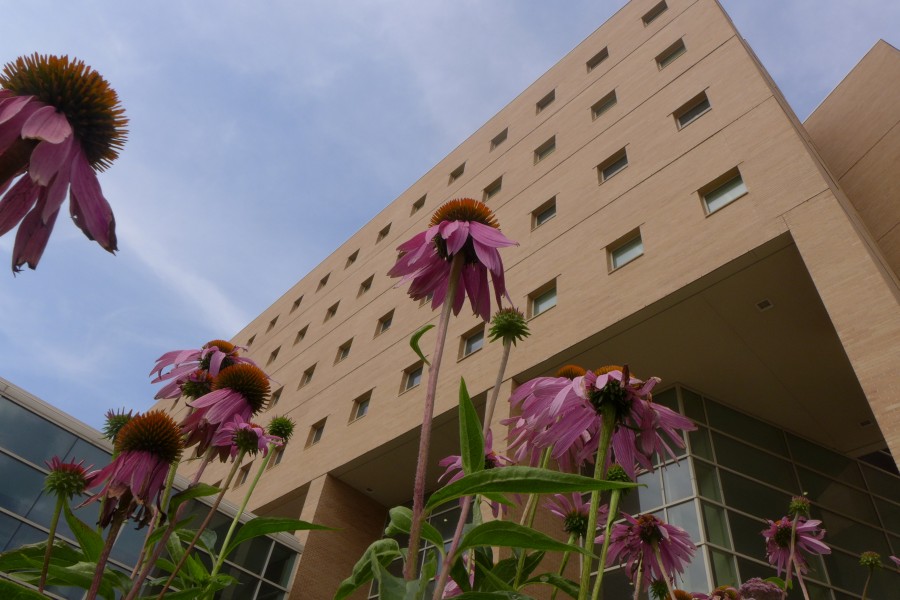 The flowers of purple coneflowers, Echinacea purpurea, are being tested as immune stimulants. Rennebohm Hall in background.