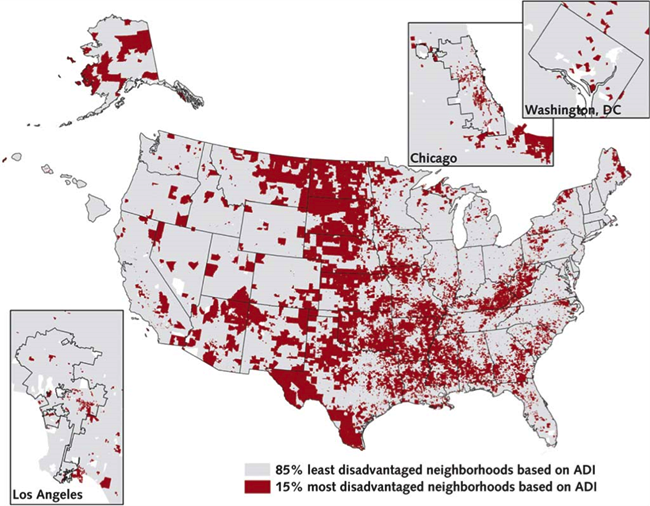 Home » Health » Will they be back? Predicting readmissions for elderly patients 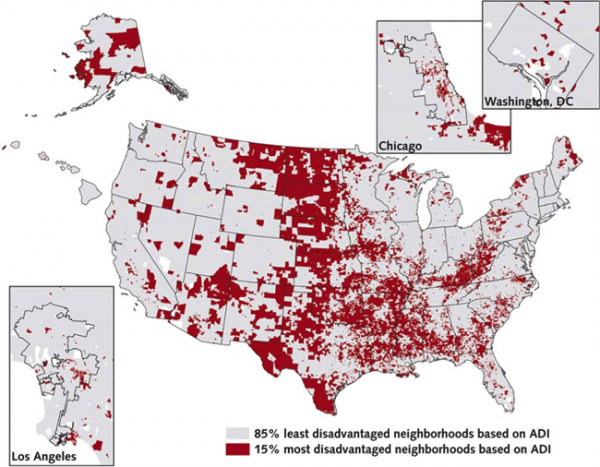 Seniors who live in the 15 percent of neighborhoods designated as most disadvantaged are more likely to be readmitted to hospitals. / University of Wisconsin–Madison Health Innovation Program

Seniors living in the most disadvantaged 15 percent of U.S. neighborhoods are much more likely to make repeat trips to the hospital, according to a study by Dr. Amy Kind, University of Wisconsin–Madison assistant professor of medicine.

Stopping that trend would save Medicare billions, and Kind has developed a tool to give doctors and nurses a head start.

Each year about 2.6 million Medicare patients are readmitted to the hospital within a month, costing the government more than $26 billion. The Affordable Care Act will begin penalizing hospitals where seniors are readmitted within this time frame, giving them incentive to try Kind’s tool, which links the patient’s extended zip code plus four to an area disadvantage scale.

Kind, a geriatrics specialist who practices at the William S. Middleton VA Hospital, says she hopes that checking a patient’s neighborhood demographics will be the beginning of a conversation between clinician and patient.

“It should alert them to ask whether the patient has access to healthy food, transportation, and supportive care,’’ she says, adding that demographic information could also help policy makers know where to target more resources.

The neighborhood database created by Kind and colleagues is proving to be a viral hit – at least among the wonky health care data types.

The online zip code tool that helps doctors and nurses quickly predict which elderly patients may live in neighborhoods where they may not get adequate support was accessed another 198 times.

Kind’s neighborhood health data is also being used in at least two journalism projects: A series called “Unequal Treatment,” in the Los Angeles Times and a similar series in the Kansas City Star.