Home » Psychology » Music: Is it an animal thing? 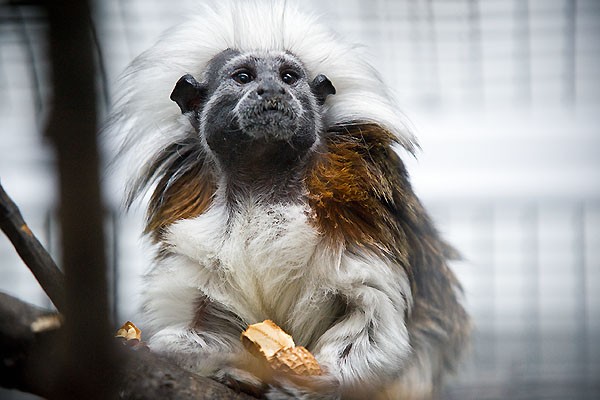 A cotton-top tamarin in Charles Snowdon’s lab at the University of Wisconsin-Madison, 2008 Photo by Bryce Richter

Do you play music for your dog or cat because Fluffy or Fido loves the same music as you? Maybe, but if you gave your critter an “off” switch, you might just return to a quiet house.

Charles Snowdon, a professor of psychology at University of Wisconsin-Madison studies animals and music, and he’s convinced you are deluding yourself.

He concedes that studies find that tamarins and marmosets prefer Mozart to German heavy metal. But they also prefer silence to either one.

He’s not talking about music made by animals. Although bird calls sound musical to us, their purpose is to communicate about territory or mating, not to entertain or convey emotion.

But Snowdon has shown that music specifically created for cats or cotton-top tamarins by his collaborator, David Teie, a cellist with the National Symphony Orchestra, indeed attracts and soothes those species.

Not that monkey “affiliative music” will sound sweet to your human ear.

Snowdon, who has studied cotton-top tamarin monkeys for decades, says music for animals must respect fundamental differences. The frequency range must, for example, suit the animal’s normal vocalization range. For cats, this means one octave above human speech; for cotton-tops, three or four octaves.

In a recent study, Snowdon’s researchers visited 47 cats at home, and found that the cats were far more likely to look at or approach the loudspeaker while hearing cat music rather than human music.

There are other reasons to think that we share elements of music with other animals. For example, the descending pattern that is soothing in human speech has a similar effect on herding dogs and horses. “Similar patterns can induce the same response in a horse, a dog or a baby,” Snowdon says. “So there is something common about the brain’s auditory system in these species.”

When we describe something positive, the volume in our vowel sounds peaks at the notes of the major scale, used in music to express positive emotions. During negative speech, minor notes — used to convey malaise, fear or rue — get louder.

When people listen to monkey calls, most have no idea whether the animal is expressing aggression or affiliation, Snowdon says. But brain scans show activation in regions associated with the appropriate emotion — so we can interpret the message without even knowing it! 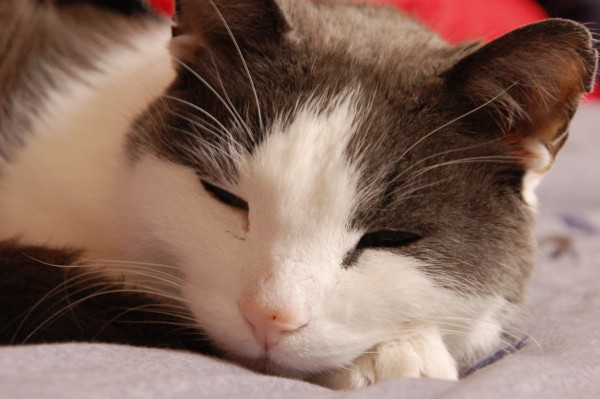 Pupcat, after another stressful day in the “office.” Photo: David Tenenbaum

The logical conclusion, Snowdon says, is that the elements that give human music its emotional power — like pitch, rhythm and changes in intonation — seem rooted in brain systems that are older than humanity itself.

These animal roots, he says, help explain “where music comes from, why we care about it so much, and why we think it’s important.”