At the end of each year, Science News publishes a brief of what it considers the most exciting turning points and milestones across all fields of science. This week, it published that list and on it is a story based on work from UW–Madison paleoanthropologist John Hawks, called: Fossils join genetic evidence to revise human origin story.

You will find the original, ranked at #4, here: https://www.sciencenews.org/editors-picks/2017-top-10. But keep reading below for the story, by Bruce Bower: 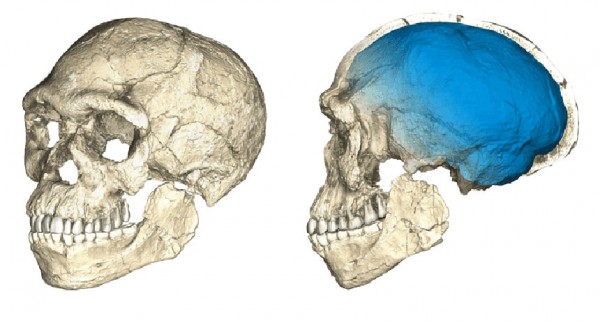 Human origins are notoriously tough to pin down. Fossil and genetic studies in 2017 suggested a reason why: No clear starting time or location ever existed for our species. The first biological stirrings of humankind occurred at a time of evolutionary experimentation in the human genus, Homo.

Homo sapiens’ signature skeletal features emerged piece by piece in different African communities starting around 300,000 years ago, researchers proposed. In this scenario, high, rounded braincases, chins, small teeth and faces, and other hallmarks of human anatomy eventually appeared as an integrated package 200,000 to 100,000 years ago.

This picture of gradual change contrasts with what scientists have often presumed, that H. sapiens emerged relatively quickly during the latter time period. Fossils clearly qualifying as human date to no more than about 200,000 years ago and are confined to East Africa. But the discoveries reported this year — including fossils from northwestern Africa — point to an earlier evolutionary phase when the human skeletal portrait was incomplete. Like one of Picasso’s fragmented Cubist portraits, Homo fossils from 300,000 years ago give a vague, provocative impression that someone with a humanlike form is present but not in focus.

“Speciation is a process, not an event,” says paleoanthropologist Bernard Wood of George Washington University in Washington, D.C. “When fossil skulls of, say, Neandertals and Homo sapiens look convincingly different, we’re seeing the end of the speciation process.”

The inside surface of Jebel Irhoud braincases, which were long and low, has a distinctive shape that perhaps represents an early evolutionary step toward later humans’ rounded skullcaps, suggests paleoanthropologist Chris Stringer. Stringer, of the Natural History Museum in London, says it’s unclear whether the ancient Moroccan population could have traveled far enough to mingle with early H. sapiens in other parts of Africa, as the Jebel Irhoud team suspects.

However far Jebel Irhoud folk journeyed, genetic evidence adds to suspicions that they lived around the time that H. sapiens originated. DNA extracted from the bones of a boy who lived in southern Africa about 2,000 years ago enabled scientists to estimate that humankind originated between 350,000 and 260,000 years ago (SN: 10/28/17, p. 16). Previous genetic comparisons of present-day humans with Neandertals and their close Stone Age relatives, the Denisovans, had placed human origins at 400,000 years ago or more. Many investigators found that estimate difficult to reconcile with a human anatomy that appears to gel much later.

DNA from the long-gone boy offers the best evidence yet for human origins well before 200,000 years ago, evolutionary geneticists argued. That’s because the child lived shortly before West African farmers migrated to eastern and southern parts of the continent and blotted out ancient genetic ancestry patterns. 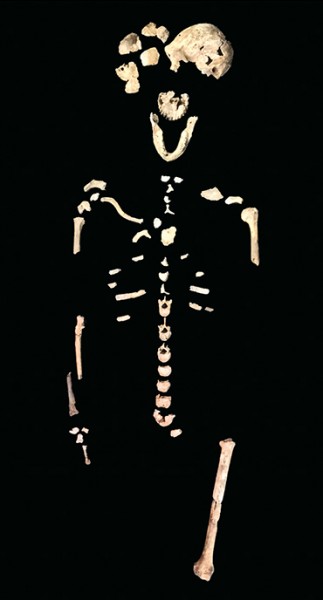 Even with the African boy’s DNA as a guidepost, researchers won’t easily tag key players in human origins. For example, the Jebel Irhoud crowd lived during a period when possibly several African Homo species acquired unexpected mixes of skeletal characteristics reminiscent of even earlier Homo species and of people today. Witness the patchwork quilt anatomy of Homo naledi. This unusual-looking hominid, known from fossils from South African caves, lived between 335,000 and 236,000 years ago, researchers announced in June (SN: 6/10/17, p. 6). That estimate came as a surprise: H. naledi’s orange-sized brain and curved fingers resemble those of Homo species from around 2 million years ago. But many other features of H. naledi — possibly including a brain organized for social emotions and advanced communication (SN Online: 4/25/17) — could pass for those of Neandertals and humans.

Discoverers of H. naledi proposed that it may have originated around the same time as early forms of H. sapiens. Occasional interbreeding of H. naledi with larger-brained Homo species, perhaps including H. sapiens, may have assisted the smaller-brained species’ survival, the researchers speculated.

Studies of DNA from living Africans, and from the 2,000-year-old African boy, so far indicate that at least several branches of Homo — some not yet identified by fossils — existed in Africa roughly 300,000 years ago, says paleoanthropologist John Hawks of the University of Wisconsin–Madison, a member of the H. naledi team who refrains from classifying Jebel Irhoud individuals as H. sapiens.

“I would look closely at the possibility that several, maybe many, ancient groups existed in Africa, some as different as H. naledi, but some [early] forms of humans like Jebel Irhoud as well,” Hawks says. His scenario illustrates how scientists’ questions about human origins are changing, and how much we humans still remain a mystery to ourselves.