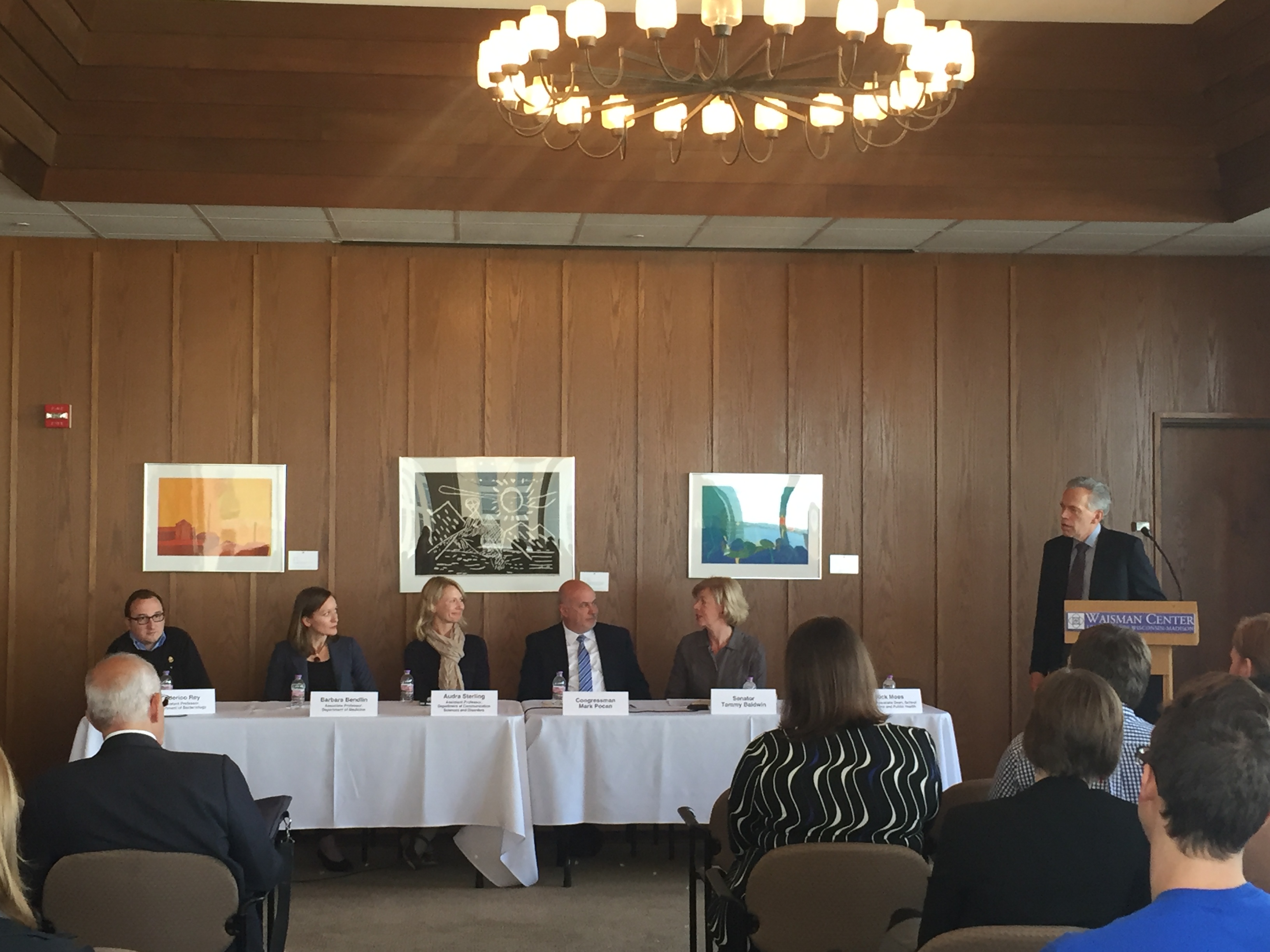 Young scientists in the U.S. today face tremendous hurdles. Take, for example, the fact that while the average scientist in 1980 was 36 when they scored their first NIH
(National Institutes of Health) grant, it now takes seven more years to achieve that significant career milestone. And young scientists are finding it increasingly difficult to do so.

Since 1999, the success rate of NIH grant proposals has been cut nearly in half, dropping from 32 percent to just 18 percent in 2014. Meanwhile, Congress has infused the world’s largest public funder of biomedical research with fewer and fewer dollars (taking inflation into account). Most experts are not optimistic those dollars amounts will increase soon.

In light of this, U.S. Senator Tammy Baldwin (D-WI) has introduced a bipartisan bill, called the Next Generation (NextGen) Research Act, aimed at helping young, up-and-coming scientists advance their careers, and advance science. In the House of Representative, U.S. Rep. Mark Pocan (WI-02) has introduced a companion bill by the same name.

On 16 October 2015, both Baldwin and Pocan spoke to a crowd of scientists, graduate students and others at the UW-Madison Waisman Center about the legislation as part of a panel highlighting the challenges young scientists face, and talked about the potential to effect change.

“This [legislation] takes it outside of the budgetary issue,” Pocan said, noting that the bills are trying to create emphasis and plans for supporting early-career researchers while avoiding budgetary hot wires. 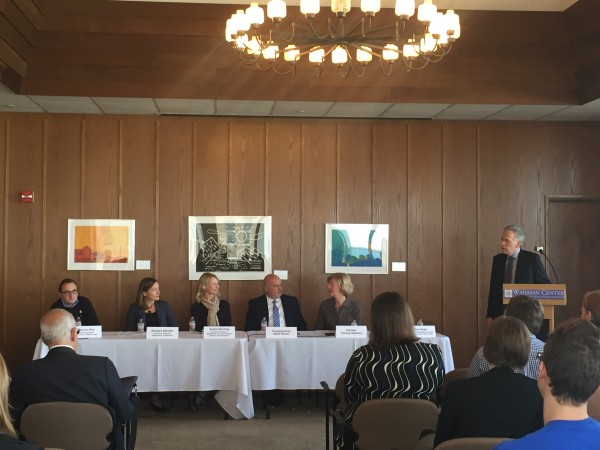 First to speak was Baldwin, who explained both her professional and personal interests for supporting science. Her grandfather was internationally-renowned biochemist, David Ezra Green, one of the founding scientists of the UW Enzyme Institute, which opened in 1949.

“We need a greater coordination of efforts focused on early-career researchers,” she said, noting that the path to robust funding in science is difficult. “We can’t afford to see a generation of promising scientists do other things.”

Pocan talked about the benefits NIH funding brings to the state of Wisconsin. Last year, NIH funding supported 7,619 jobs in Wisconsin and created $938 million in new economic activity, he said. Across 43 institutions that received NIH grant money last year, the state pulled in a total of $386 million, $261 million of which went to UW-Madison. The Medical College of Wisconsin, University of Wisconsin-Milwaukee, Marshfield Clinic and the Morgridge Institute for Research were among other NIH-funded institutions in the state.

Sterling talked about the difficulty securing enough research funding to compensate the participants in her studies so she can include families that may not otherwise have the means to visit her lab at the Waisman Center. As an early-career researcher, she also discussed the challenge of trying to make a name for herself in an already-established field, particularly when it means competing against her mentors for limited funding. And, she said, funding is critical to having good staff and students, for training the next generation of scientists.

Audra Sterling @UWWaismanCenter: We need to ensure research benefits financially disadvantaged families but that can be expensive #WINextGen

Bendlin said some researchers, like her, find their grant awards reduced when budgets get tight or priorities shift. Her first grant was cut by 20 percent after it was awarded and it forced her to scale back her work. This has an impact on students, she said, who may experience disruption in their work and are impacted by seeing their mentors struggle with funding. A graduate student in the audience shared that many of his peers have decided to leave academia for other careers. Rey said he spent “two of my most creative years chasing money,” at the sake of his research, when he first arrived at UW-Madison, submitting “something like 14 or 15 grants,” at a time investment of about six weeks each. He finally met success, but it came at a price.

“This (legislation) brings into the NIH Directors Office programs to foster and nurture the next generation of researchers,” Baldwin said.

The bill would create the Next Generation Researchers Initiative within the NIH Office of the Director, to coordinate existing and new policies within the NIH aimed at early-career researchers (like the Pathway to Independence Award and the New Innovator Award) and to foster mentorships, expand workforce diversity, improve workforce data collection and improve success in renewal funding. It would also direct the National Academy of Sciences (NAS) to evaluate and report on barriers early-stage and new investigators face to entering biomedical research, evaluate current policies, and issue recommendations to Congress and NIH for how to improve and sustain biomedical research careers and promote independence earlier.

Earlier this year, UW-Madison researchers convened an effort to help address what has been called the “biomedical research crisis” and in May, they published a paper with recommendations for the NIH, including: