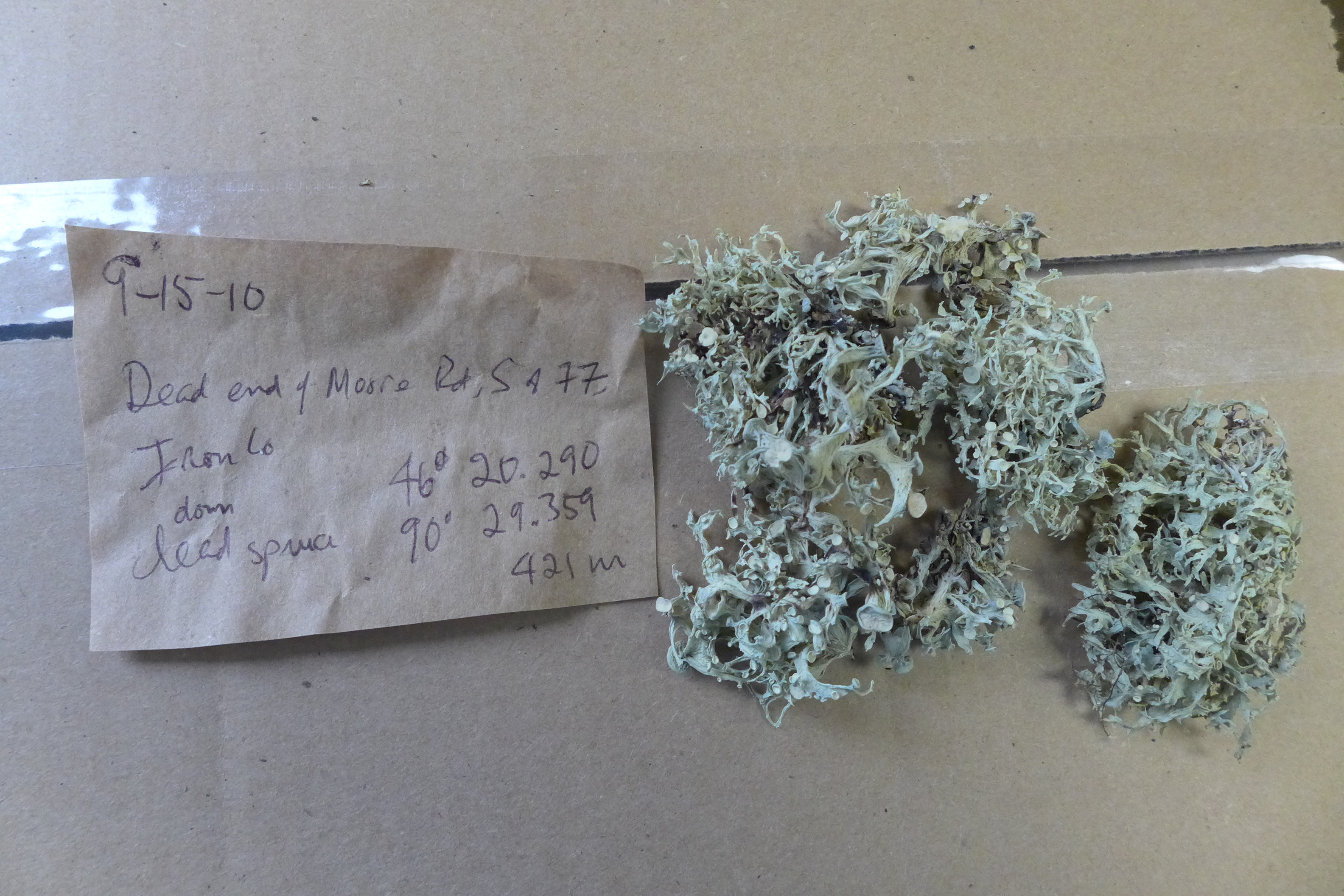 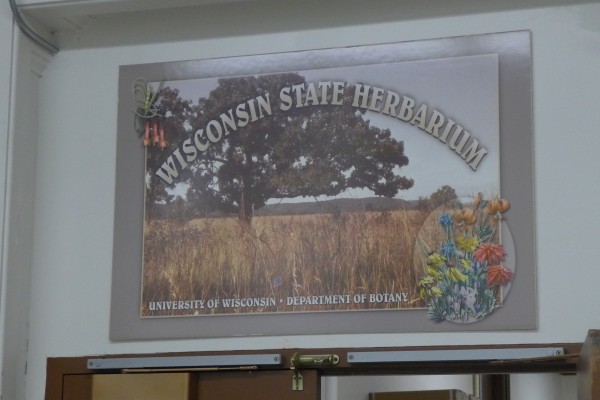 The Wisconsin State Herbarium, housed in the botany department at UW-Madison, is the fourth-largest university herbarium in the nation.

Aided by a $355,000 grant from the National Science Foundation, the State of Wisconsin Herbarium, housed in the department of botany, is going through a major expansion. New cabinets, installed in the former biology library directly below the old herbarium headquarters will almost double capacity.

A herbarium, a collection of pressed, dried plants, is still the best method for identifying plants. “These physical voucher specimens are the foundation,” says herbarium director Ken Cameron, a professor of botany, “the basis for a lot of work in botany, from evolutionary study and taxonomy to ecology.” 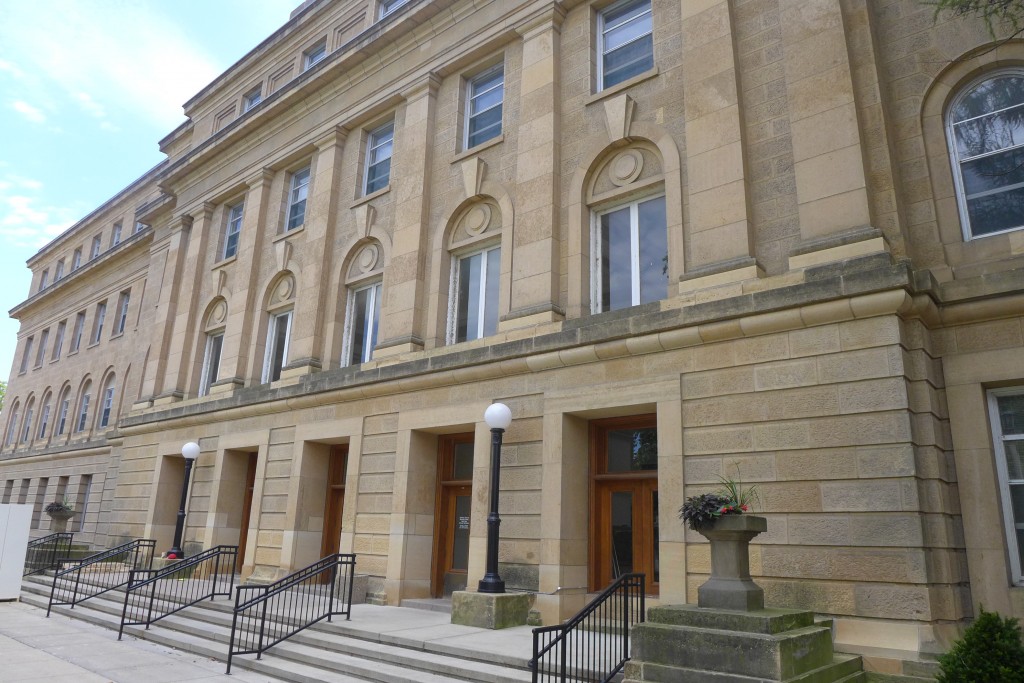 The Wisconsin State Herbarium, in Birge Hall at the University of Wisconsin-Madison, houses about 1.3 million plant specimens. 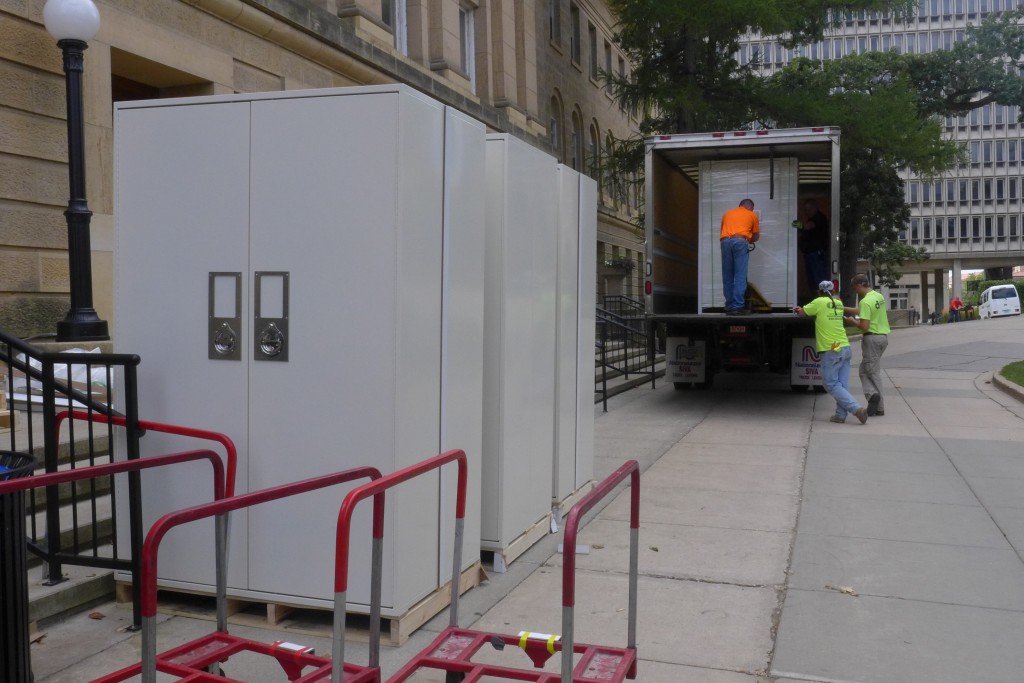 Under a grant from the National Science Foundation, the Herbarium has bought 140 new steel cabinets. 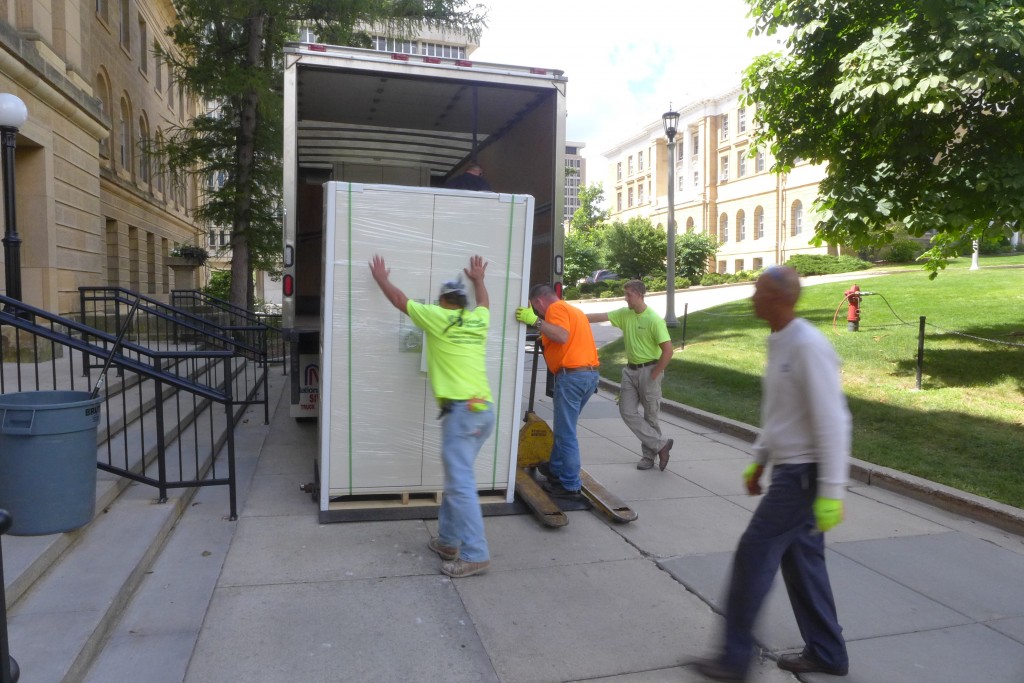 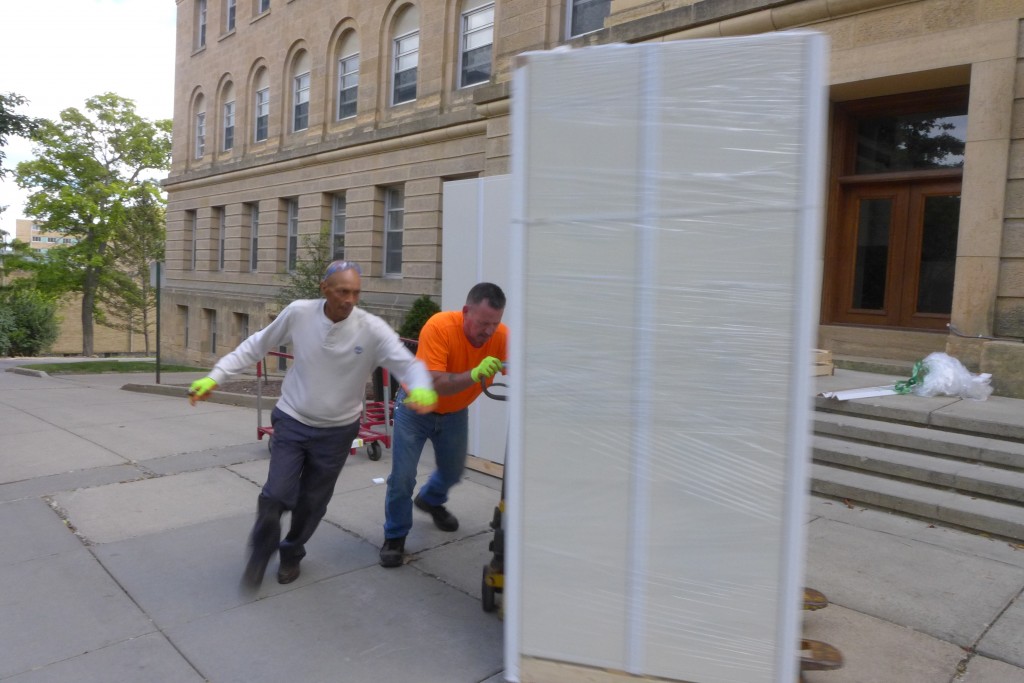 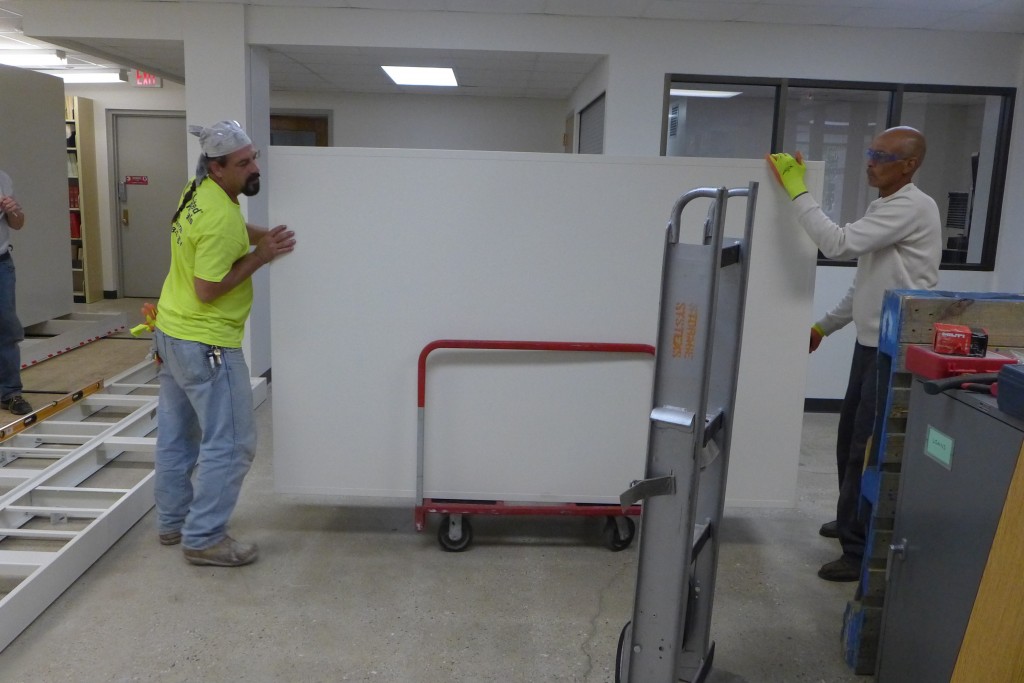 Cabinets are rolled into the former biology library, which has been merged into Steenbock Library on campus. 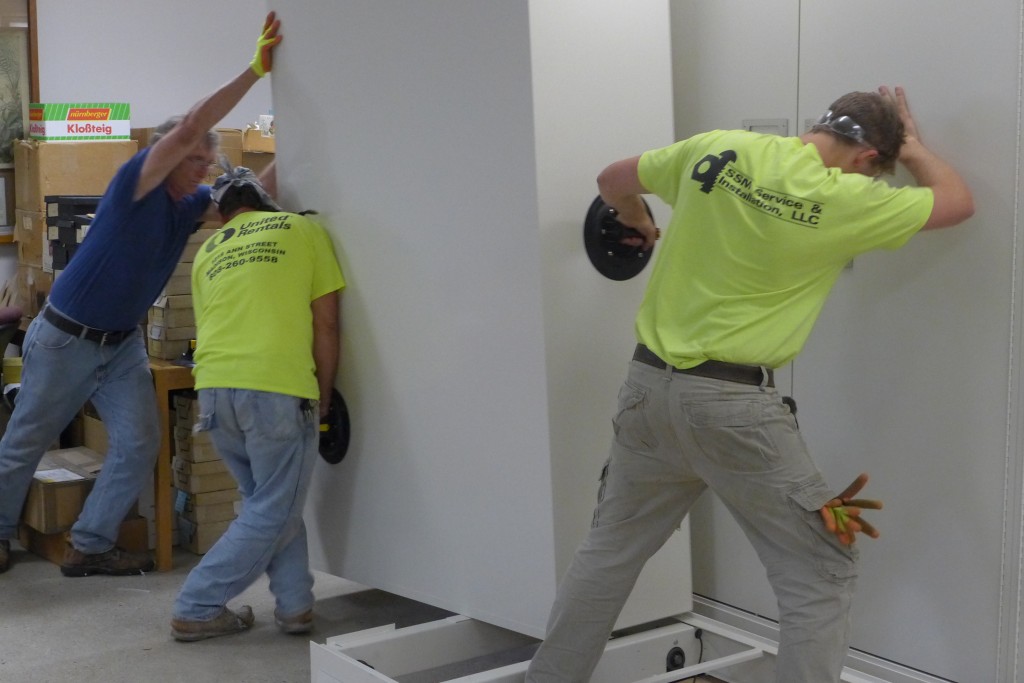 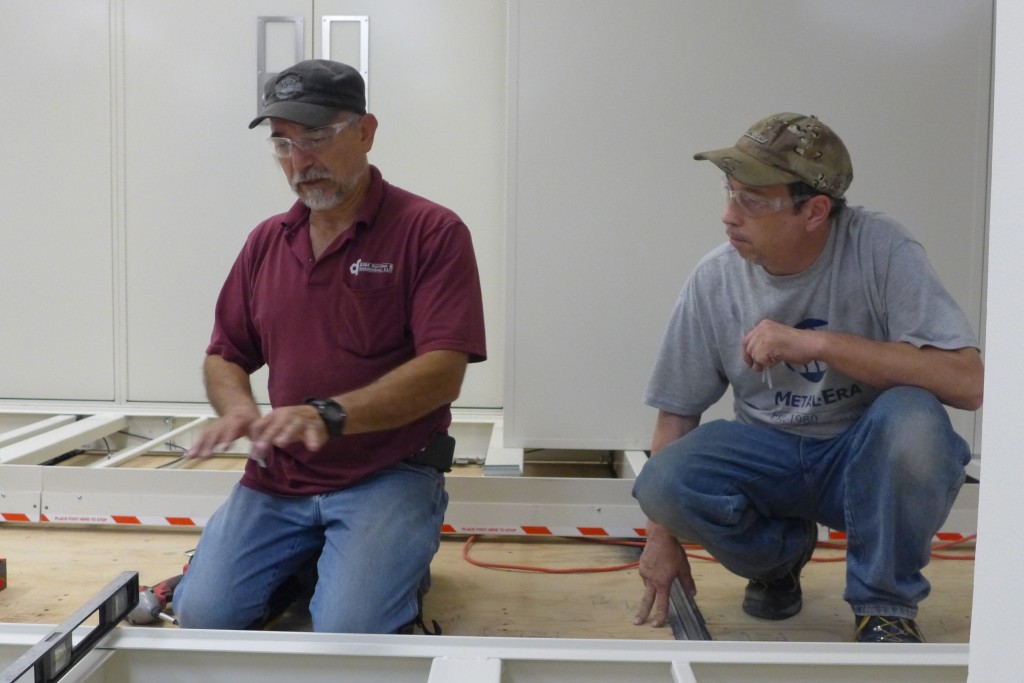 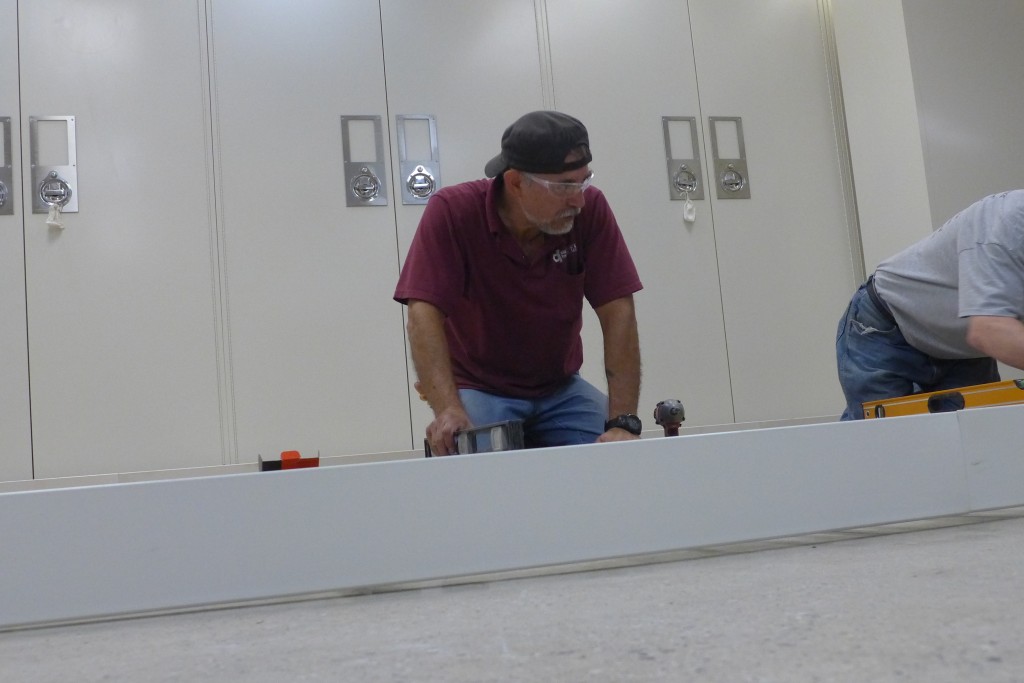 Bases must be level in all directions so the heavy cabinets will roll without electric assist. 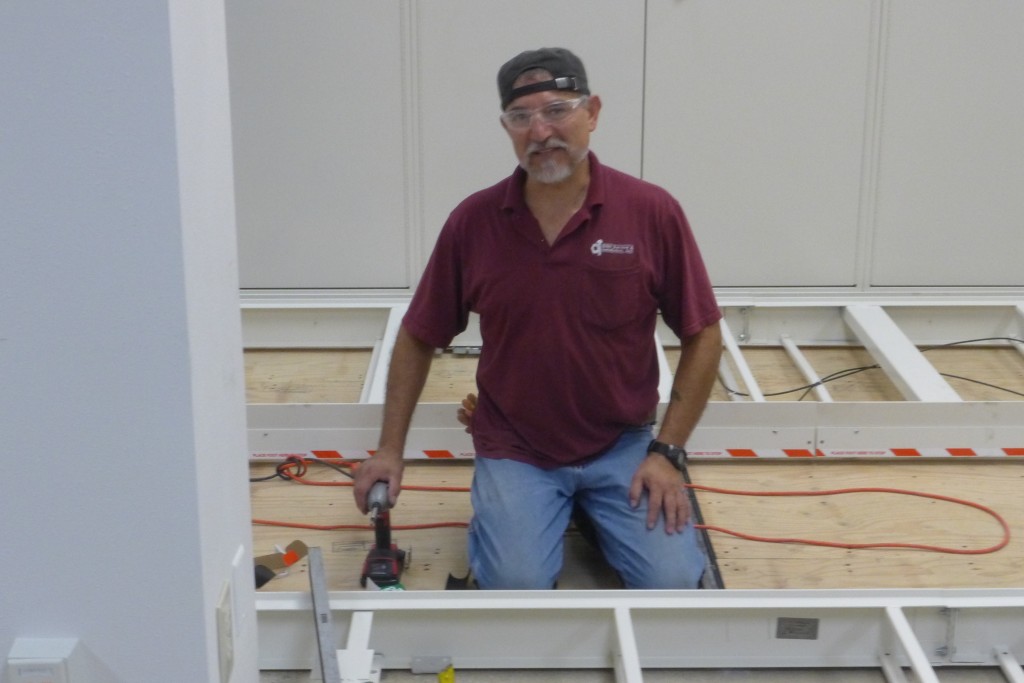 The herbarium specializes in plants from Wisconsin, North, Central and South America. 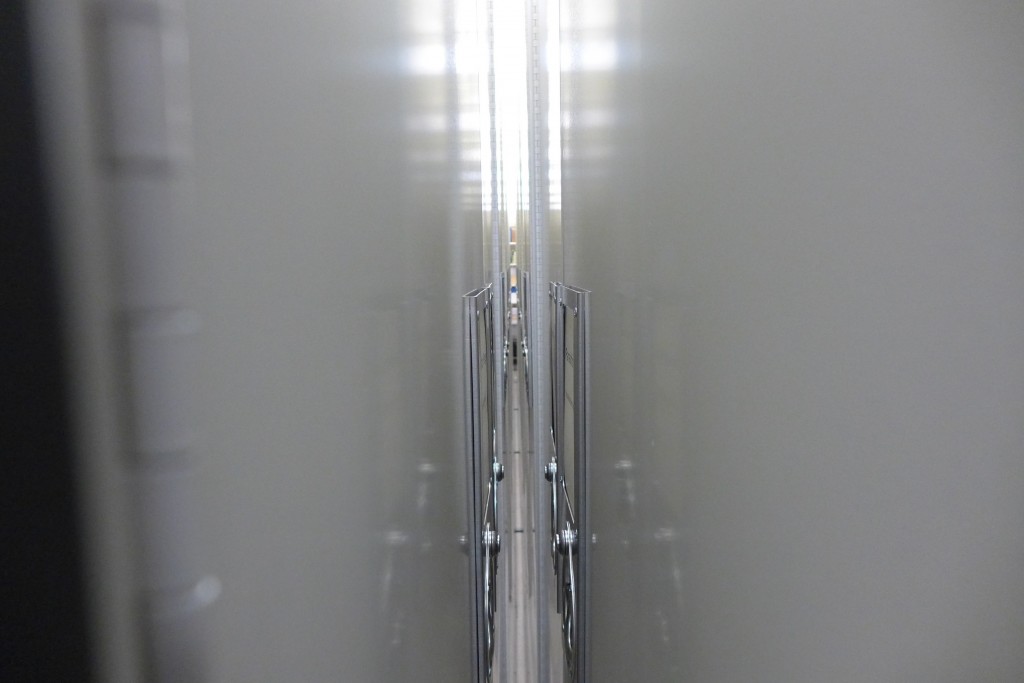 Cabinets roll to close up aisles, maximizing use of the space. 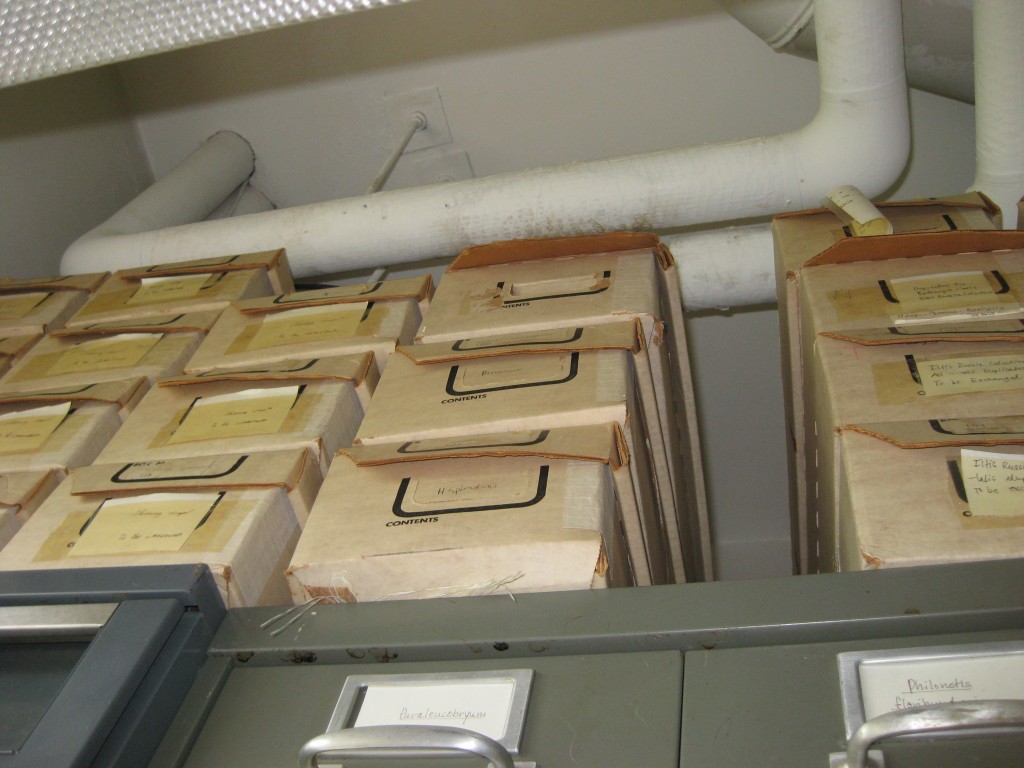 Overflow storage at the herbarium exposes specimens to leaky pipes, compression, and getting lost. Photo by Ken Cameron 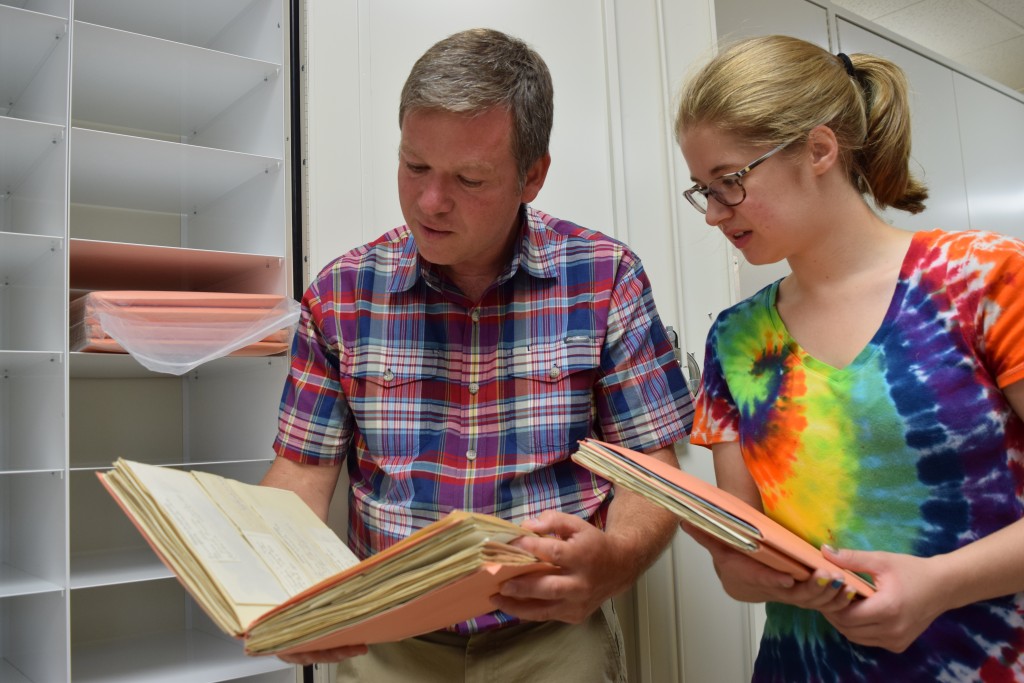 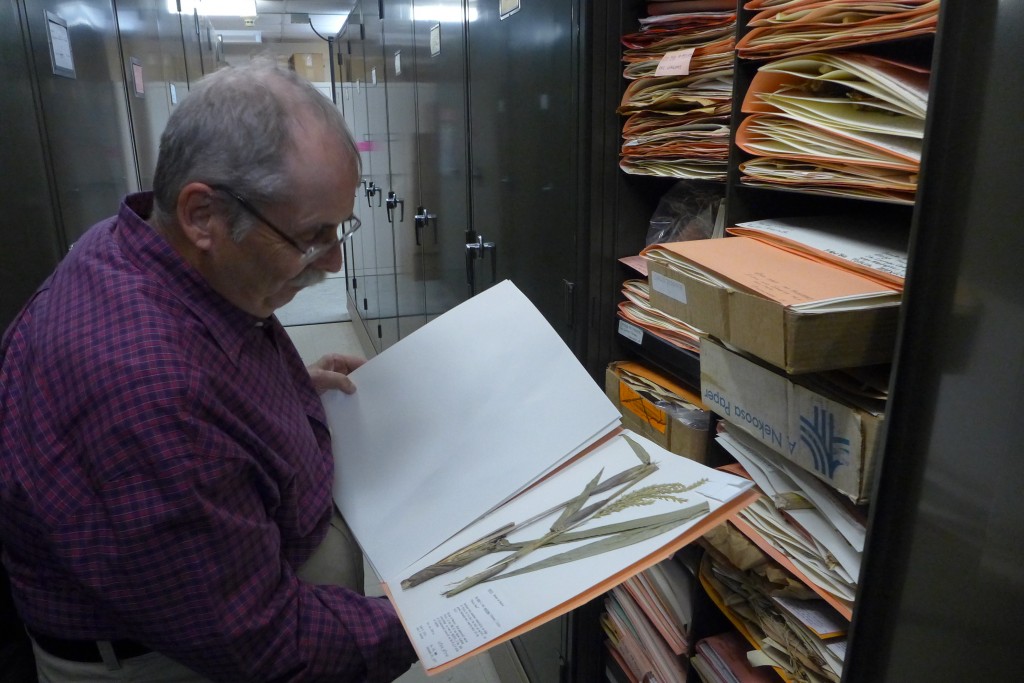 Herbarium staffer Mark Wetter with a sheet of teosinte, an important relative of corn, rediscovered in the 1980s in southern Mexico. The discoverer, Rafael Guzman, later studied botany at Madison. Hugh Iltis, herbarium director from 1954 to 1995, was an international specialist in corn and its relatives. 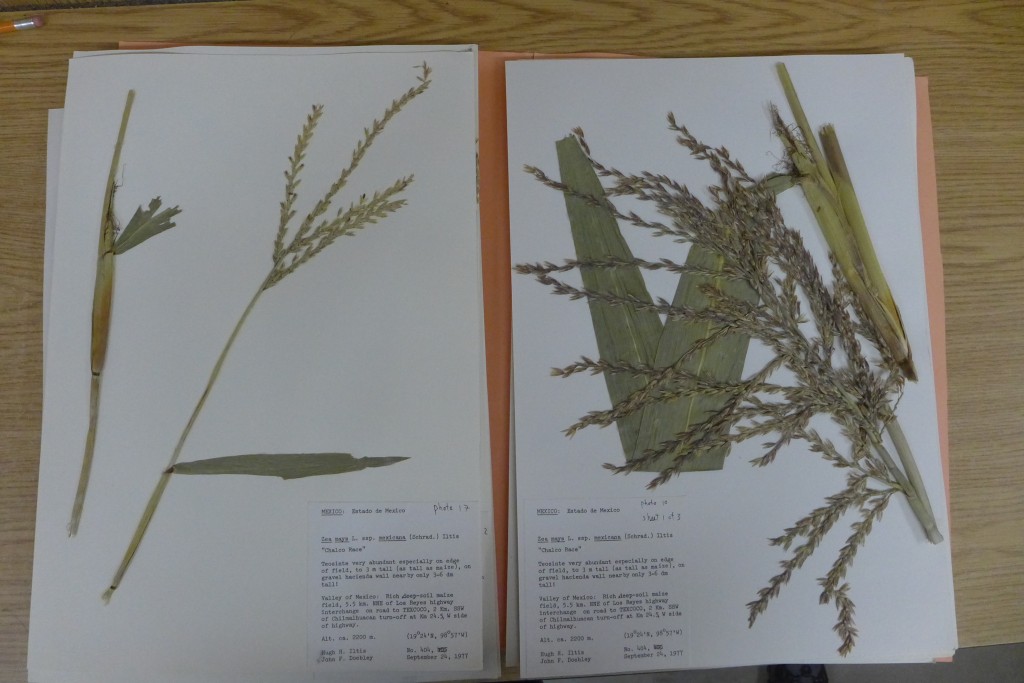 Herbarium samples show all parts of the plant, dried, and are the ultimate reference for plant identity. 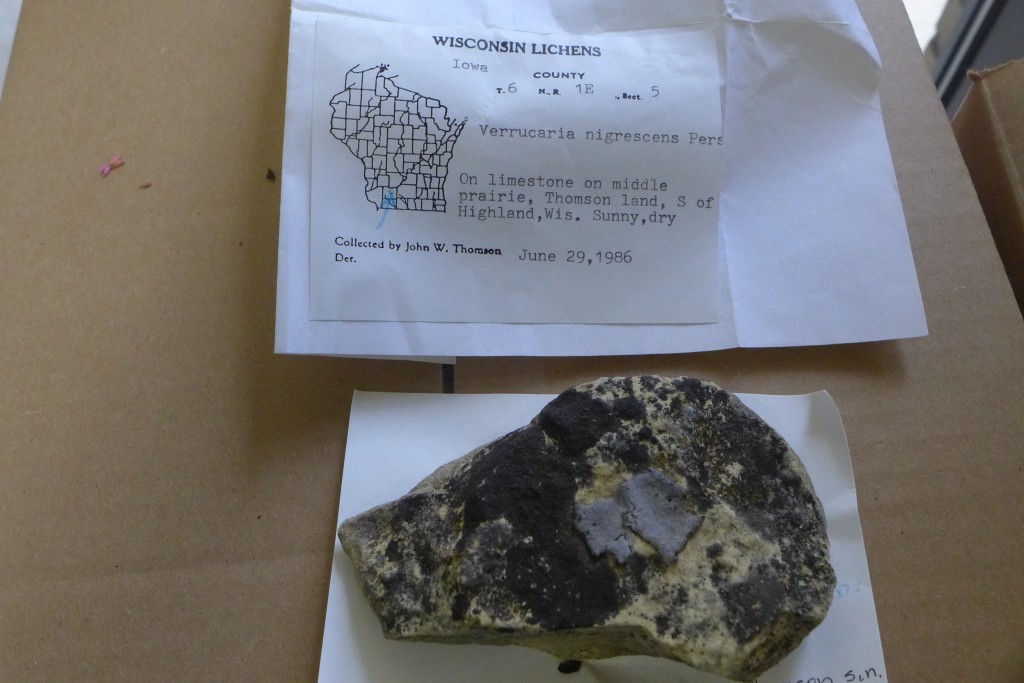 Lichen from across North America were the focus of UW-Madison botanist John Thomson. This one is still attached to a rock. Newer labels contain GPS coordinates. 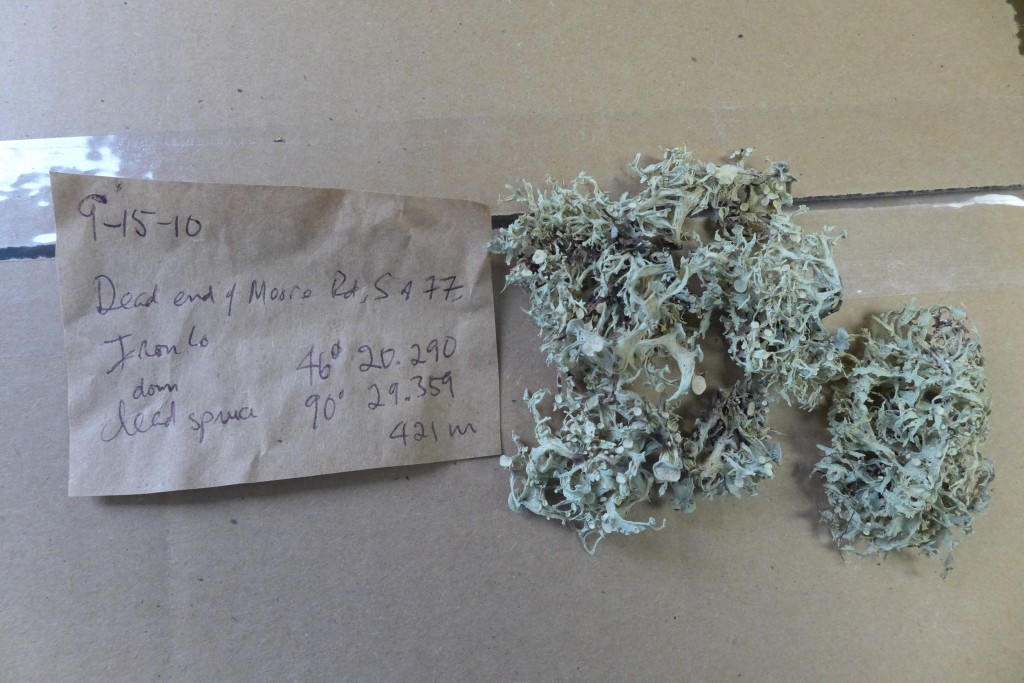 Lichen from a dead-end road in Iron County, Wis. This butcher-paper label was probably written in the field, by the collector. 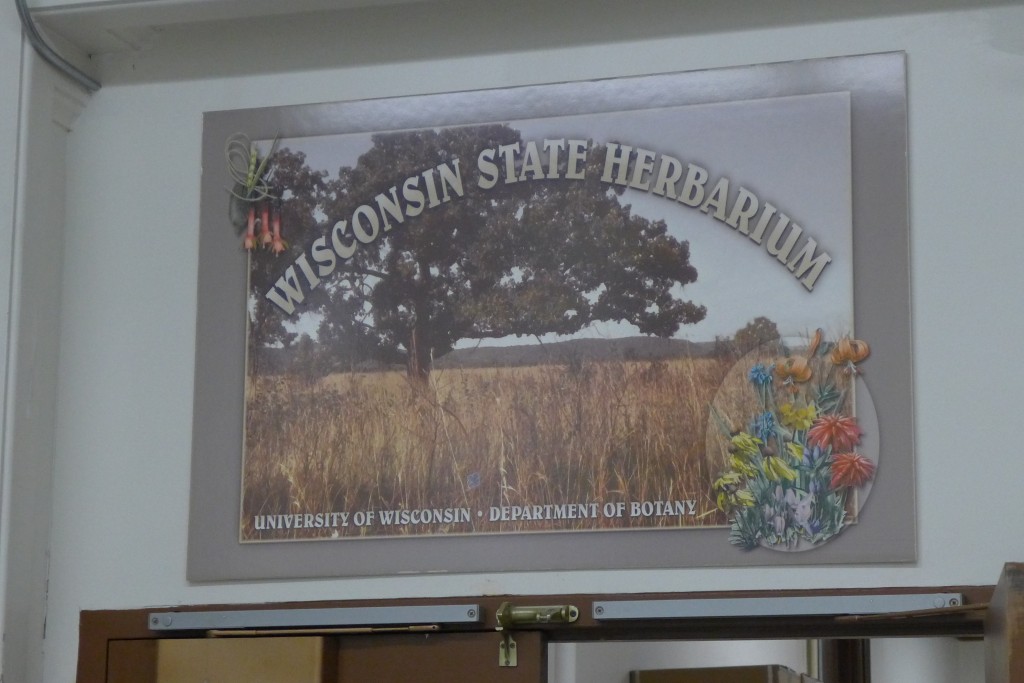 The Wisconsin State Herbarium, housed in the botany department at UW-Madison, is the fourth-largest university herbarium in the nation.

“We don’t have a time machine,” Cameron says. “These ‘sheets’ are time capsules of what was living at a given place at a moment in time. Reports of plants growing in a particular place are rumors if you can’t back them up with physical voucher.”

Founded along with the University as a state-mandated “cabinet of natural history,” the herbarium now has almost 1.3 million specimens, making it the fourth-largest university herbarium in the United States. “We have been pot-bound,” Cameron says. “We’ve been growing, but we have been forced to stash species in hallways, old restrooms, boxes scattered through the building.”

The herbarium has the second-largest collection of parasitic fungi in the Americas, Cameron says. Plant pathologists are interested in what historic examples of smuts and rusts say about the evolution of these important crop pests.

The goal of the expansion and updating is to assemble all these disparate collections and make them more usable and accessible, Cameron says. “This will allow us go after orphan collections that might be lost.”

Two months ago, the herbarium acquired a herbarium from UW-Platteville. “One year ago, we might have said no, but now we can accommodate them. And that’s important, because UW-Platteville had specimens from the driftless area that are difficult to find elsewhere. We don’t want them lost. Now we can make them accessible to citizens, scientists and students.”