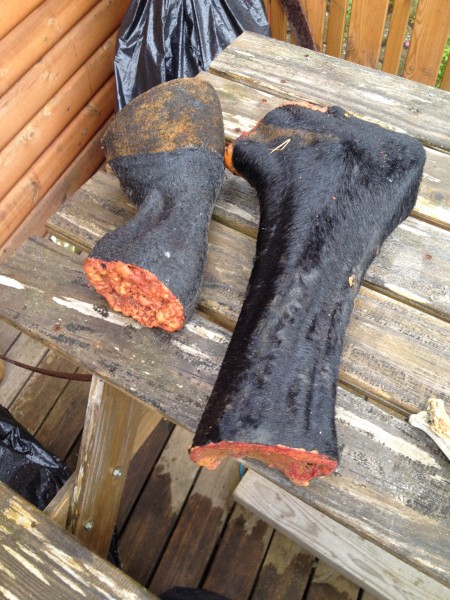 When Jon Snow and his wildling partner Ygritte needed a place to break his vows, they ducked into a cave next to Lake Myvatn in northern Iceland – a stand in for the frozen wastes north of The Wall. And when the Game of Thrones film crew left, they forgot their horse legs. That’s when the University of Wisconsin–Madison ecologists stumbled across these strikingly realistic prosthetics.

Iceland is famous for its geologically active terrain. Iceland’s volcanism has grounded flights across Europe and plays a major role in aluminum refining (an electricity-hungry process made economical by cheap geothermal energy). The active terrain also makes for stunning — and secluded — fissures in the Earth, and warms up the natural springs enough to keep Kit Harrington happy during filming. 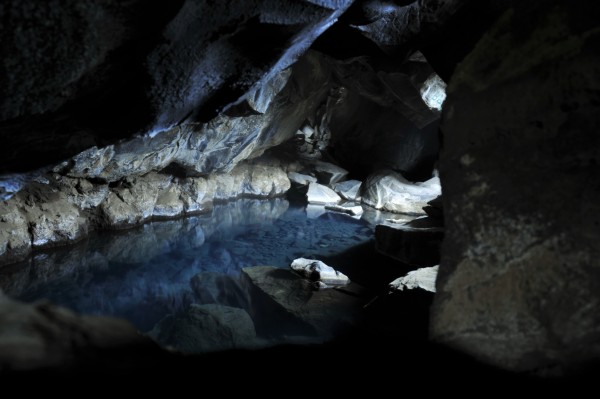 Grjotagja, in Iceland, the location of the cave tryst between Jon Snow and Ygritte in Game of Thrones. The cave is located near Lake Myvatn, an ecological research site studied by UW–Madison ecologists. (Photo by Amanda McCormick)

Beyond being a proxy for the undead-filled tundra north of The Wall, Iceland also provides the kinds of spare and extreme environments that make for good natural experiments. Named for the enormous swarms of midges that emerge each spring and summer, Lake Myvatn, or “midge lake,” has been studied by UW–Madison ecologists for more than a decade. The midge population balloons and crashes unpredictably, hinting at a complex web of interactions between midges and their food sources. What’s more, the midges fly over land and die in such extreme numbers that it’s like spreading a half-million Big Macs around the shores of Lake Mendota. These waves of rotting-midge fertilizer change the vegetation on the lakeshore. The flow of nutrients out of the lakebed — in the form of midges — to lakeside grasses likely ends up indirectly feeding local flocks of sheep. Just why the population is so unstable, and how these fluctuations affect the rest of the ecosystem, remain mysteries.

But Iceland’s reputation for inviting hot springs and winter beauty can also be a scientific hazard. Tony Ives, a professor of zoology at UW–Madison and a lead researcher of the Lake Myvatn studies, says the Game of Thrones film crew got a little too close for comfort during filming of the cave tryst.

“They almost parked their film crew on our experimental plots,” says Ives. Fortunately, the plots were spared and the crew ultimately left only footprints — and horse legs.

But HBO isn’t the only game in town. During filming of Fast & Furious 8 (aka The Fate of the Furious) on Lake Myvatn in 2016, backhoes twice fell through the ice near UW–Madison underwater plots, spilling diesel fuel. Field work is supposed to be difficult, but you don’t usually have to contend with film crews on top of nature’s stubborn refusal to cooperate.

Ygritte’s famous catchphrase, “You know nothing, Jon Snow,” began as an admonition of Snow’s naivety about the world north of The Wall and evolved into a term of endearment as the two bonded (and it spawned countless memes). “You know nothing” might make a good mantra for scientists too. As much as we learn about nature, we only open up more questions about what we don’t know. 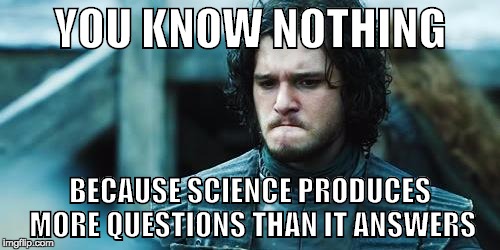