Home » Uncategorized » The Perseids are here: Why meteors matter 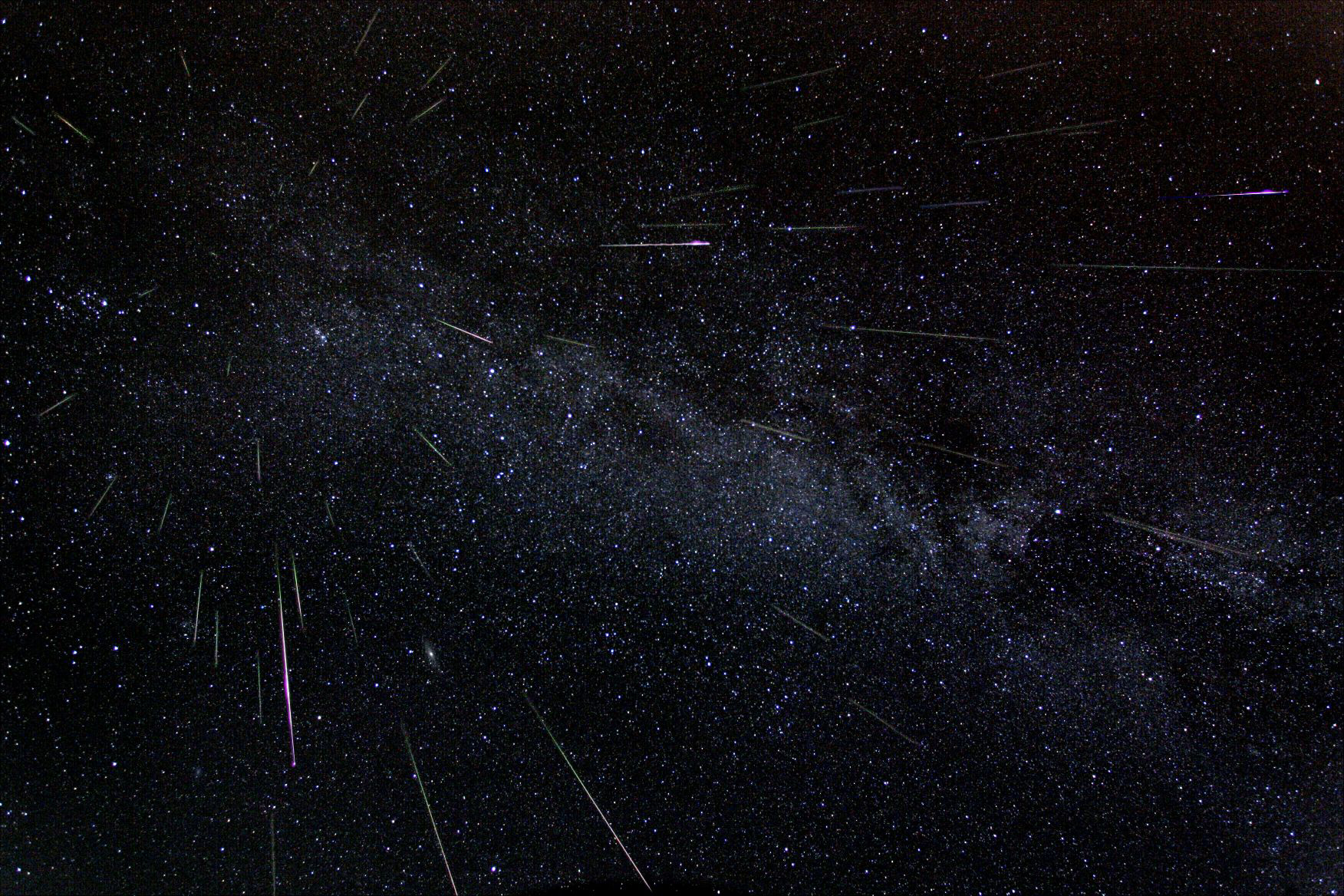 If you’ve been following astronomy and space-related news, you probably know that this August gives viewers in North America the chance to witness a spectacular celestial event — the solar eclipse — but that’s not the only thing to watch for in the skies this month.

In fact, every August is an excellent opportunity for stargazers all over the world to experience one of the most concentrated displays of meteors — shooting stars — of the year in an annual event known as the Perseid meteor shower.

You may have seen guides on viewing the meteor shower on August 12 (and you can try out those recommendations at the Pine Bluff Observatory this Saturday), but why are there more meteors around this time every year, and why should this interest anyone, aside from the appeal of a pretty nighttime display?

Understanding where meteor showers come from answers the question of the Perseids’ yearly appearance. A single meteor is the streak of light visible in the sky when friction heats a piece of extraterrestrial rock that enters our atmosphere and causes it to glow. A meteor shower occurs when a large number of meteors streak through our atmosphere in a relatively short period of time. This happens when the Earth, in its annual trip around the Sun, passes through a trail of debris left behind from another Solar System object — usually a comet, though sometimes an asteroid — that intersects Earth’s orbital path around the Sun.

Because the Earth will pass through this same debris-cluttered section of its orbit at the same time each year, the Perseids and other yearly meteor showers occur on a very regular and predictable schedule. This yearly schedule is also tied to the Perseids’ name. You may have heard that the Perseids get their name because the meteors seem to come from the location of the constellation Perseus in the sky. This is because the Earth is traveling toward Perseus at the point in its orbit where it passes through the debris, so meteors are entering Earth’s atmosphere from that direction. The cloud of debris that Earth plows through each August to produce the Perseid meteor shower was left behind by Comet Swift-Tuttle, which completes an orbit of the Sun once every 130 years or so. It was last seen from Earth when it passed through the inner Solar System in 1992, and its appearance was even recorded as early as the year 188 by Chinese observers.

So, that’s why meteor showers like the Perseids happen. But why should we care about meteors?

The most dramatic example of a meteor’s impact on Earth is the asteroid that likely caused the famous mass extinction of dinosaurs (and many other species) about 66 million years ago. Much more recently, in 2013, the city of Chelyabinsk, Russia saw a meteor over fifty feet in diameter enter Earth’s atmosphere and produce an enormous explosion. However, for most meteors you might see, the piece of rock that’s falling and glowing is very small and will burn up completely before reaching the ground, or reach the ground as a miniscule speck called a micrometeorite. But sometimes a meteor ends up as a sizable chunk of rock, called a meteorite as soon as it lands on Earth’s surface, and then it’s a valuable research subject for scientists who study the origins of the Solar System and of life on Earth. 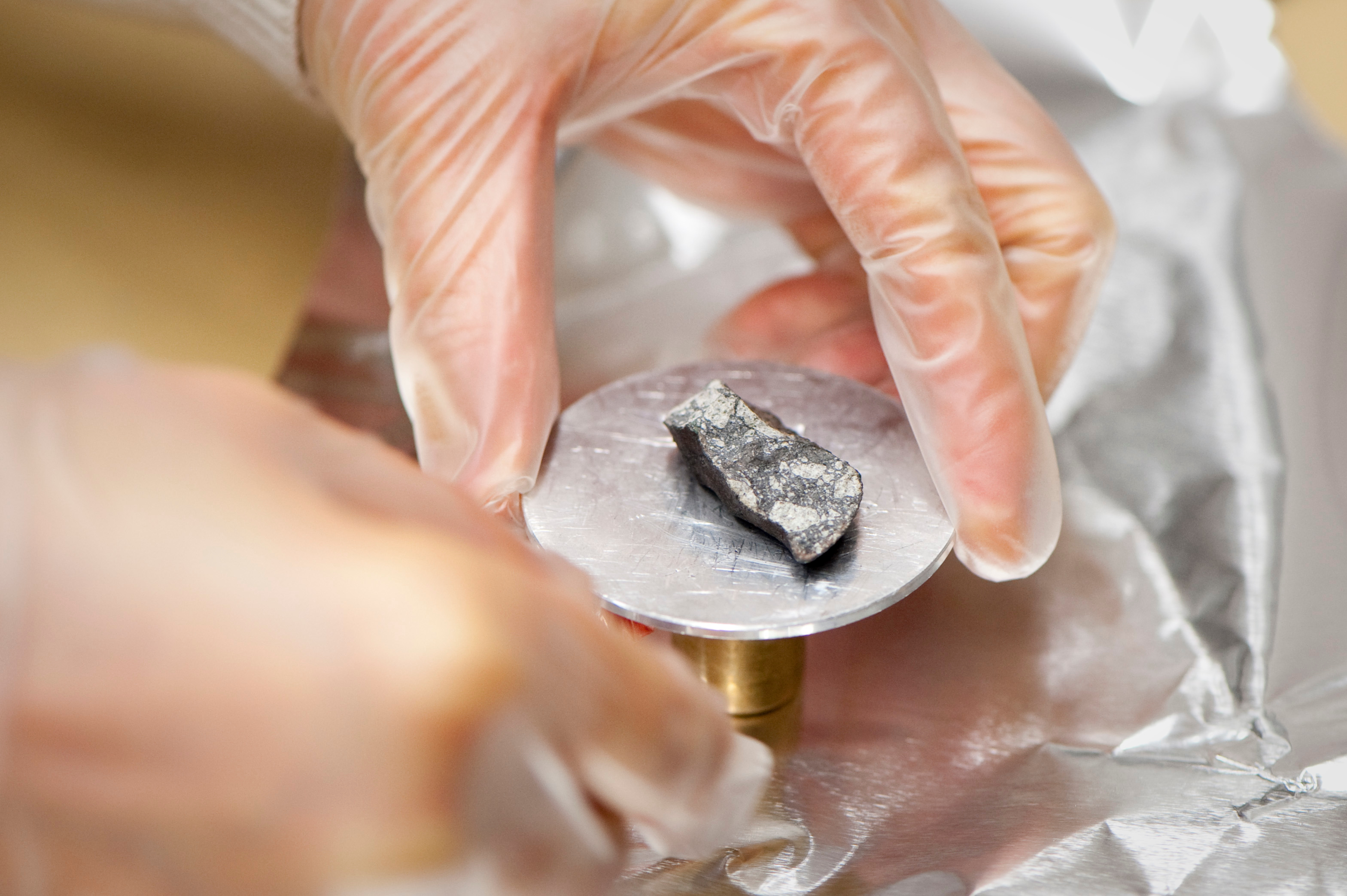 On April 16, 2010, Noriko Kita, director of the Ion Microprobe Laboratory and a meteorite expert at the University of Wisconsin-Madison, removes a piece of rock believed to be from the April 14 meteor that showered the night sky over Southwestern Wisconsin from a scanning electron microscope following analysis. The fragment was found by a Wisconsin farmer and brought to the university for analysis. (Photo by: Jeff Miller)

Scientists can use radioactive dating methods to get a very good estimate of the age of a meteorite, which can tell us about the history of the formation of the Solar System. The chemical compositions and ages of these meteorites and of rock samples from Earth support the idea that our own planet formed from the same extraterrestrial dust and rock that makes up meteorites. After our Sun formed by collapsing from a massive cloud of gas, the disk of dust and debris that remained in orbit around it is thought to have aggregated into larger bodies that eventually became asteroids, comets, or rocky planets like our own Earth.

Meteorites have also given evidence for the existence of complex organic compounds outside Earth. By studying the chemical composition of meteorites, scientists have found molecules that are building blocks of life, such as amino acids, in meteorites. While this doesn’t tell us whether life exists outside Earth, it shows that some of the molecules essential to life as we know it can start forming in extraterrestrial environments. Researchers who study organic compounds in meteorites suspect that meteorites may even have contributed to the beginnings of life on Earth.

So when you gaze up at the night sky to enjoy the Perseids this weekend, remember: they may seem like purely celestial events, but with their connections to the origins of the Solar System and to life on Earth, they may be much closer to home than they appear.

2 thoughts on “The Perseids are here: Why meteors matter”