Clean water consistently ranks high as a public priority. Yet people often fail to see eye to eye about how government should improve and protect water quality. Some may assume these disagreements are driven by a desire to defend one’s own interests, but a new survey of more than 1,100 rural and urban residents of Dane County, Wisconsin shows that self-interest takes a backseat to people’s overall worldview about how society should be organized.

“The strongest predictor of whether people would support water quality policies was if they believed government was helpful for society in general,” says study lead author Adena Rissman, a professor in the Department of Forest and Wildlife Ecology and professor of environmental policy and management in the College of Agricultural and Life Sciences.

The study, published July 5, 2017 in the journal Environmental Science and Policy, found that people who value a social order that puts the needs of the collective first – who have what is called a “communitarian” worldview – tend to be more supportive of environmental policies. In contrast “individualists” who fear restrictions to autonomy, like government regulation, and who expect people to fend for themselves, are more strongly opposed to government policies.

There is a common misperception that self-interest, or a “how will this affect me” attitude, drives support for or opposition to environmental policies, Rissman says, yet the study reinforces findings among political psychologists that show self-interest is less important than people expect. 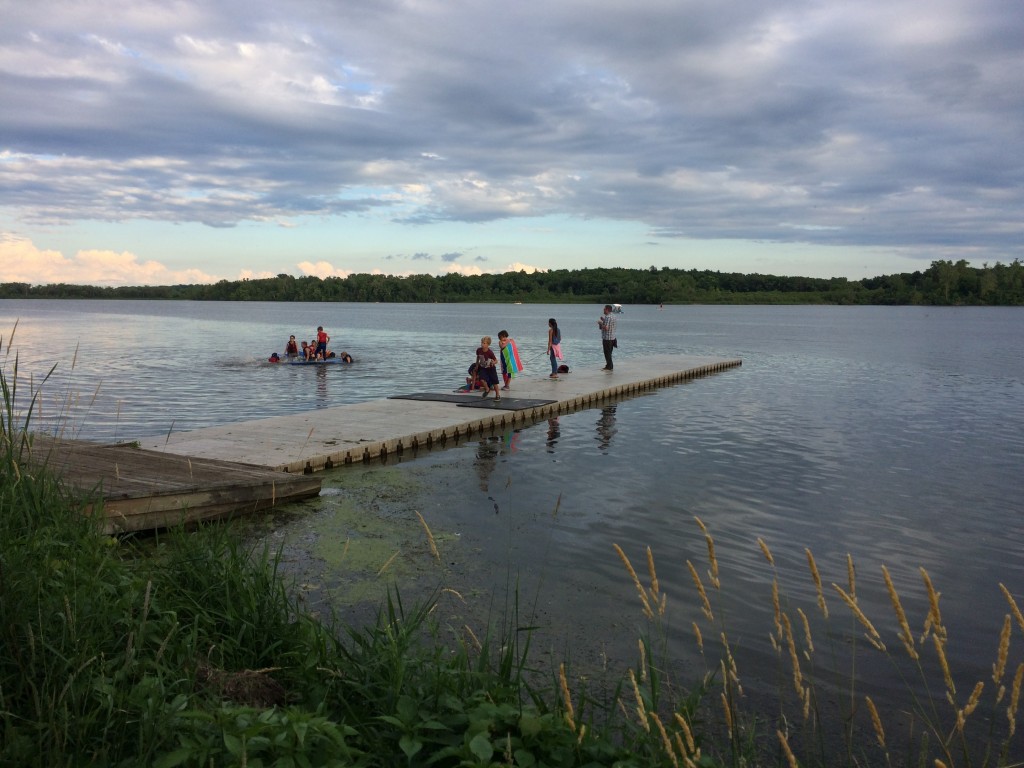 There is a common misperception that a “how will this affect me” attitude drives support for or opposition to environmental policies, like those regulating water quality. A new UW–Madison study shows that how people feel about the role of government is actually a more predominant driver in people’s feelings about water quality policies that their own self-interest. Photo by Adena Rissman, UW–MadisonIn Dane County, the water quality of local lakes and rivers is of high concern. However, agriculture, a dominant source of nutrient pollution, is also a strong economic driver for the region. The two can sometimes come into conflict.

The survey revealed that most residents want the government to play some role in improving water quality but those on the communitarian end of the spectrum showed greater support for government action than individualists.

Most respondents, no matter their worldview, preferred “carrot” policies that incentivize clean water behaviors over “stick” policies, like taxes or rules to punish behaviors that run counter to improving or protecting water quality.

For example, 83 percent of respondents said they would support rewarding urban property owners with incentives like utility bill credits to prevent runoff from their lawns and 71 percent would back tax credits for farmers to reduce runoff from their land. However, when it came to punitive policies, the percentage of people who said they would support regulating runoff dropped to 63 percent for lawns and 69 percent for farms.

“Runoff reductions from both farms and lawns can help meet watershed goals for clean water. Equity and responsibility sharing between urban and rural communities is often a part of water quality discussions,” explains Rissman.

That said, regulations and other stick policies tended to polarize survey respondents and widen the worldview gap. The difference in the level of support for government action between communitarians and individualists was greatest when it came to taxes and regulations.

One of several signs posted along Lake Mendota near the Memorial Union Terrace in 2012 at the University of Wisconsin-Madison warning against swimming during the presence of toxic blue-green algae in the water. Known as cyanobacteria, the algae are photosynthetic bacteria that live in colonies, typically in lakes with excess nutrient runoff. Photo by Jeff Miller, UW-Madison.

“People who think government intervention is helpful had similar support for carrot and stick policies. However, individualists had much lower support for sticks, compared to carrots,” explains Rissman. “These worldviews are difficult to change.”

She speculates these differences may owe to the communitarian perspective that society should prioritize the needs of the collective while regulation could be perceived as a threat to personal freedom by an individualist.

Though it wasn’t a primary determinant overall, self-interest did play a role for some survey respondents. People working in agriculture were more likely to support relying on voluntary action to prevent nutrient runoff from farms without government intervention, but half of all respondents opposed relying on the voluntary actions of farmers.

Putting their results in a broader context, Rissman suggests policymakers keep people’s worldviews in mind. For example, policies that appeal to individual autonomy or make the business case for clean water may be effective across worldviews. Moreover, she cautions that a rollback on environmental regulation may not be popular among the public, especially if it ends up harming water quality.

This study was part of the Water Sustainability and Climate project at UW-Madison, funded by the National Science Foundation.